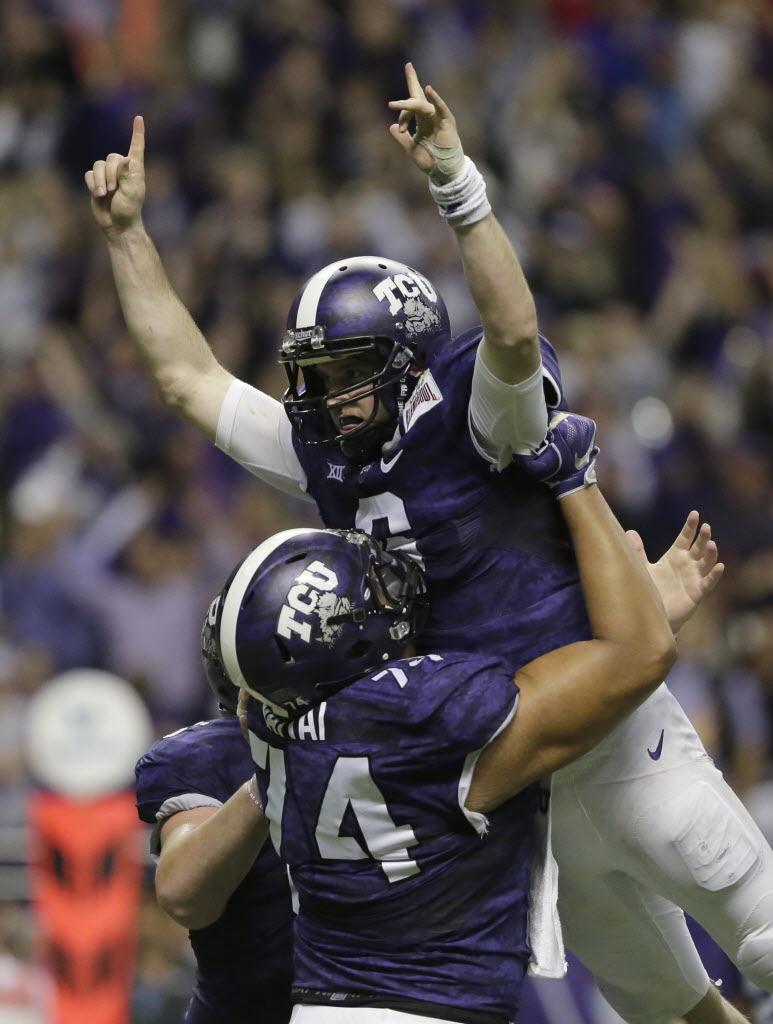 Sports Illustrated sure does.

In their “Best Sports Moments 2016,” TCU football was recognized for the biggest comeback in college bowl game history.

Could a change of shirts by Coach Patterson at halftime be the spark the Frogs needed to gain momentum to blow past Oregon’s 31-point lead?

Yes, yes it could.

The Frogs scored on all nine of their second-half possessions. “Texas Comeback University” went into triple overtime against the Ducks and came out victorious, 47-41.

Bram Kohlhausen, who filled in for suspended star Trevone Boykin, passed for 351 yards and accounted for four total touchdowns, including the game-winner — a rushing score in the third overtime.