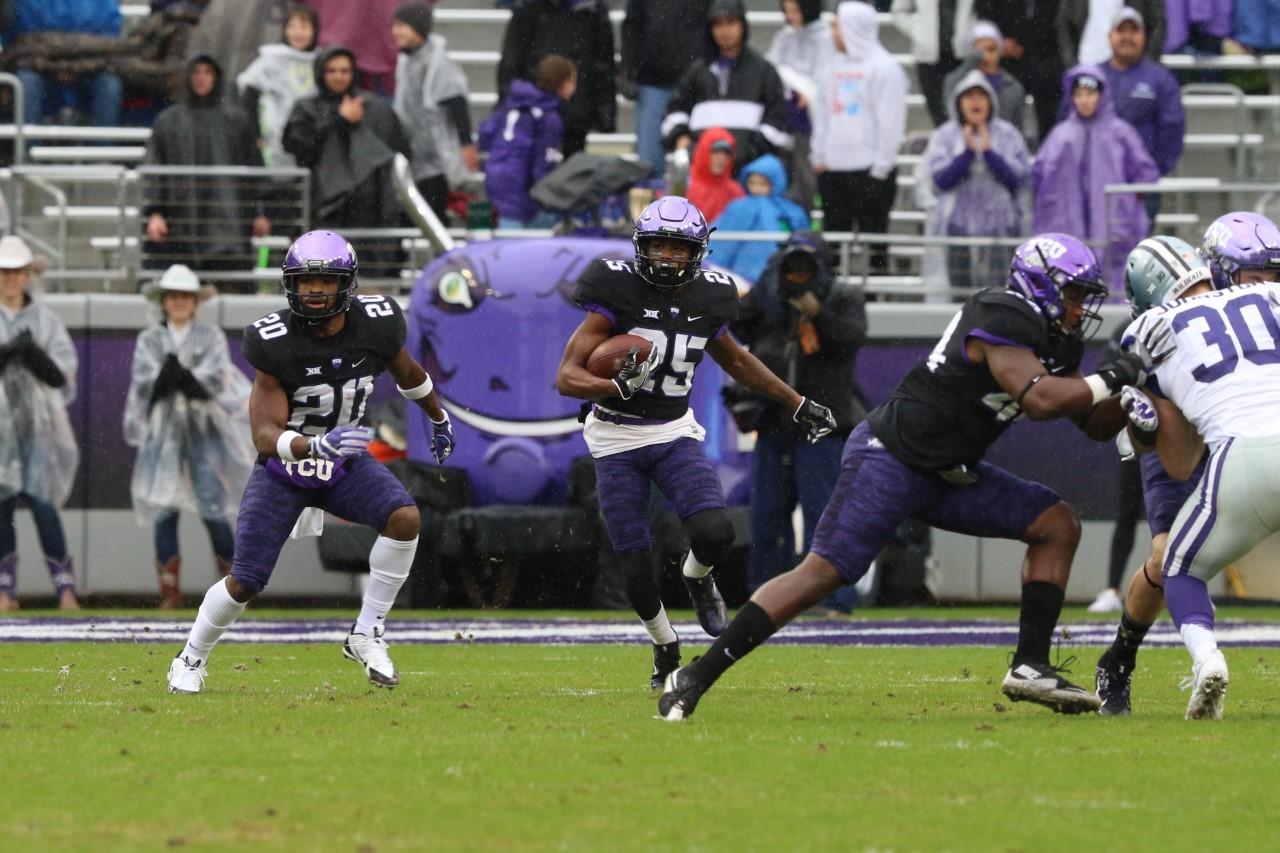 print
TCU accepted its bid to the AutoZone Liberty bowl on Sunday.

The Horned Frogs are heading to Memphis, Tennessee, where head coach Gary Patterson claimed his first bowl win, to take on the Georgia Bulldogs on Dec. 30.

Had TCU prevailed against Kansas State on Saturday, they would’ve matched up against Texas A&M in the Texas Bowl in Houston but instead, TCU gets a different SEC opponent.

However, this isn’t the first time TCU and Georgia have met.

The two schools played against each other in the 1942 Orange Bowl, Georgia winning that game 40-26.

Georgia has won three of its last four bowl games, while TCU has won four of its past five. In TCU’s last bowl game against an SEC team, the Frogs defeated Ole Miss 42-3 in the Peach Bowl on Dec. 31, 2014.

The Liberty Bowl marks the Horned Frogs’ 14th trip to a bowl game in 16 seasons under Patterson. TCU also went to a bowl all three years when Patterson was the defensive coordinator (1998-2000).

“Bowls are a great reward for our players, and we’re looking forward to utilizing the game as a springboard for our off-season program,” Patterson said. “It’s cool to play against them because we don’t cross over very much being in the Big 12 and them being in the SEC.”

Under Patterson, the Horned Frogs are 2-2 versus SEC opponents. In addition to the victory over Ole Miss, TCU defeated Vanderbilt 30-14 in 2003. TCU’s losses come from a 37-27 decision to No. 12 LSU in the 2013 season opener and the 41-38 double-overtime loss to Arkansas earlier this season.

TCU gained bowl eligibility this season with a 31-9 win against the Texas Longhorns on Nov. 25 in Austin.

Kickoff is set for 11 a.m. on Dec. 30 at the Liberty Bowl Memorial Stadium in Memphis.