TCU Spectrum is a club with a mission to establish LGBTQIA visibility on campus by providing resources on gender identity, sexual identity and expression to undergrad and graduate students.

Students and faculty that are a part of the LGBTQIA community or advocates of it gathered in the commons to listen to speeches and march in a parade supporting the club and the community.

LGBTQIA stands for the lesbian, gay, bisexual, transgender, questioning, intersex and asexual communities. According to the Spectrum Vice President, Rachel Heffelfinger, the LGBTQIA community on TCU’s campus wants everyone to know that “we are here, we are queer, and we are frogs.”

“There is a stereotype that TCU is a closet campus, and I want to shatter that idea and tell people that it’s not true,” said Heffelfinger.

The main goal of the rally was to establish LGBTQIA visibility on campus and to make it known that students who identify as such are welcomed, valued and respected.

Spectrum’s president Isaac Portillo said the rally “is a way to let anyone else who is in the closet and is questioning coming out know that they have a community here at TCU they can go to.”

“I think that’s really important because when I came here, TCU was called a ‘closet campus’ and I knew that had to change,” Portillo said.

Chuck Dunning, Spectrum’s faculty staff advisor, said that most students experience apprehension of coming out when they first get to school because they aren’t sure if it is going to be welcomed.

“We are in an institution where the words ‘Texas’ and ‘Christian’ are right next to each other, and for a lot of people that raises many stereotypes that suggest hostility towards the LGBTQ communities,” said Dunning.

The main purpose of the Spectrum rally is to educate students on the matters of sexual orientation while giving students who are a part of the LGBTQIA community resources that help them feel more comfortable and accepted on campus.

“It’s easy to think of this type of thing as primarily benefiting the people who identify as lesbian, gay, bisexual, or transgender, but it also benefits the other students who have some of those misunderstandings.”  Dunning said. “It gives them an opportunity to see that this institution is welcoming.”

Students can expect to see more visibility like this, he added.

“I think you are going to see them doing a lot of things to make it clear to a larger percentage of the population that it’s okay to be out,” Dunning said.

Spectrum meets in Carter Hall every other Wednesday at 7 p.m. 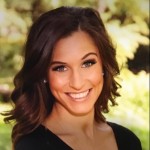