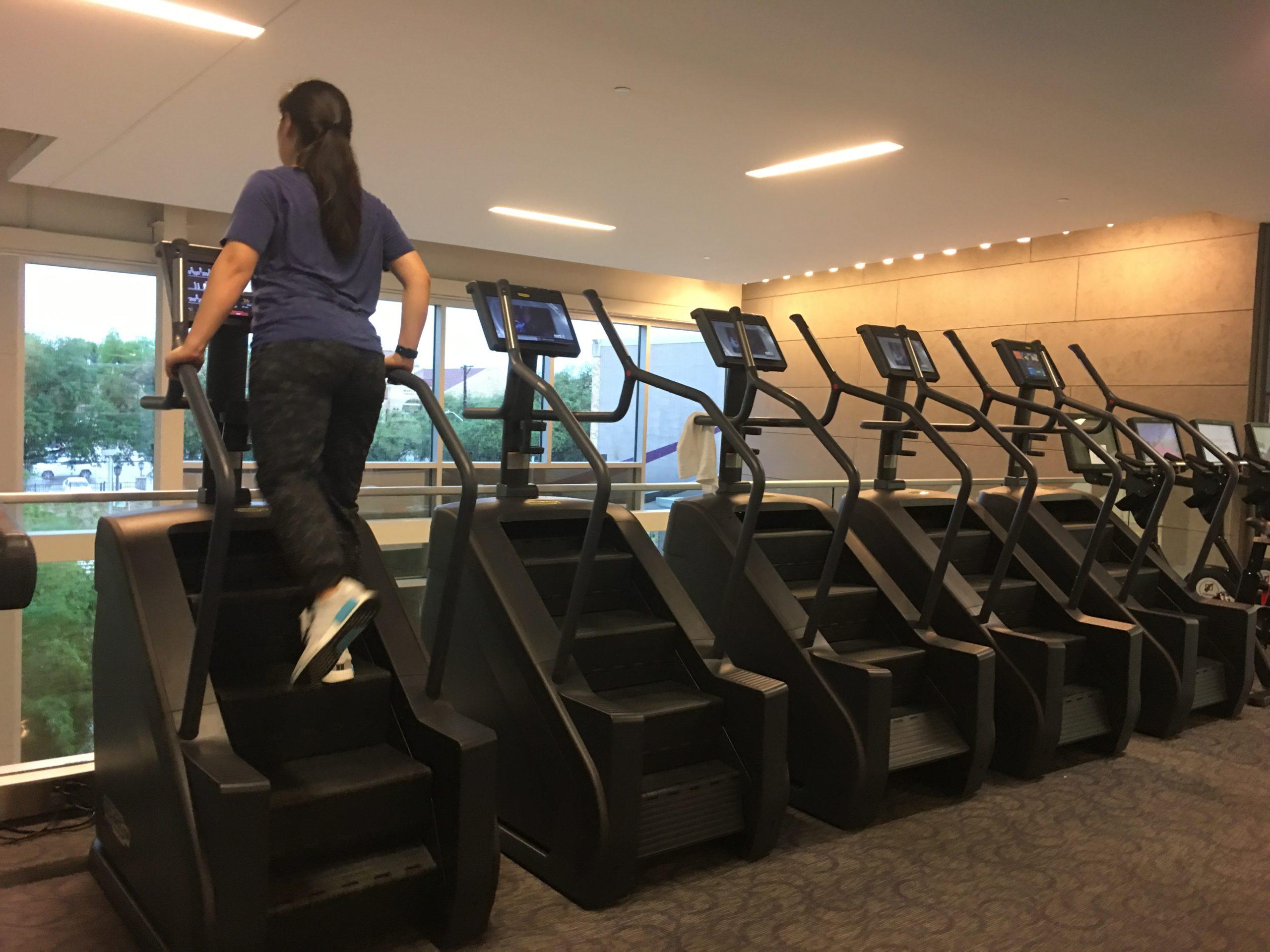 print
The broken stair climbers are gone and students and faculty members with the desire to climb now have updated machines to workout on.

The new TechnoGym climbers are technology savvy and burn more calories because the machine is a stepmill instead of the traditional stair climber. Stepmills are constructed similar to treadmills and act as a rotating staircase that uses someone’s body weight as resistance, whereas the stair climber allows people to set their resistance level, Keller said.

“I love the new climbers because the TVs finally work and the climbers come with different exercise routines such as calf raises,” Kristen Salas Mationg, a senior political science major, said.

Zoe Stovall, a sophomore speech pathology major, said, “These new machines are a lot smoother and make me work harder.”

Keller said the old stair climbers were only three to four years old, but they kept breaking often and left many people unable to climb or having to wait in line for the few climbers that worked.

“I was disappointed a lot because the stair climbers were either all being used or broken,” Stovall said. “So, I would just end up doing mat workouts, running on the treadmill and doing the elliptical instead, which I didn’t like as much.”

To prevent more people from becoming disappointed, Keller said the REC would constantly repair the broken stair climbers, but they kept breaking.

“I don’t know why they broke so often, but it was time for an update.”

Keller said he talked to other campus REC centers and traveled to multiple trade shows in New Jersey and Los Angeles to find the best quality workout machines.

“I looked at a lot of brands across the country, but TechnoGym had good support and was aesthetically pleasing compared to others,” he said. “It was a high-quality machine, so we ordered it.”

The order took 12 weeks because the machines came from Italy, but the wait was worth it, Keller said. “I’ve heard nothing but excitement for these new machines.”

Depending on the success of the five new stepmills, Keller said the REC might buy more since it’s the second most popular cardio activity on campus. The most popular is the standard treadmill.