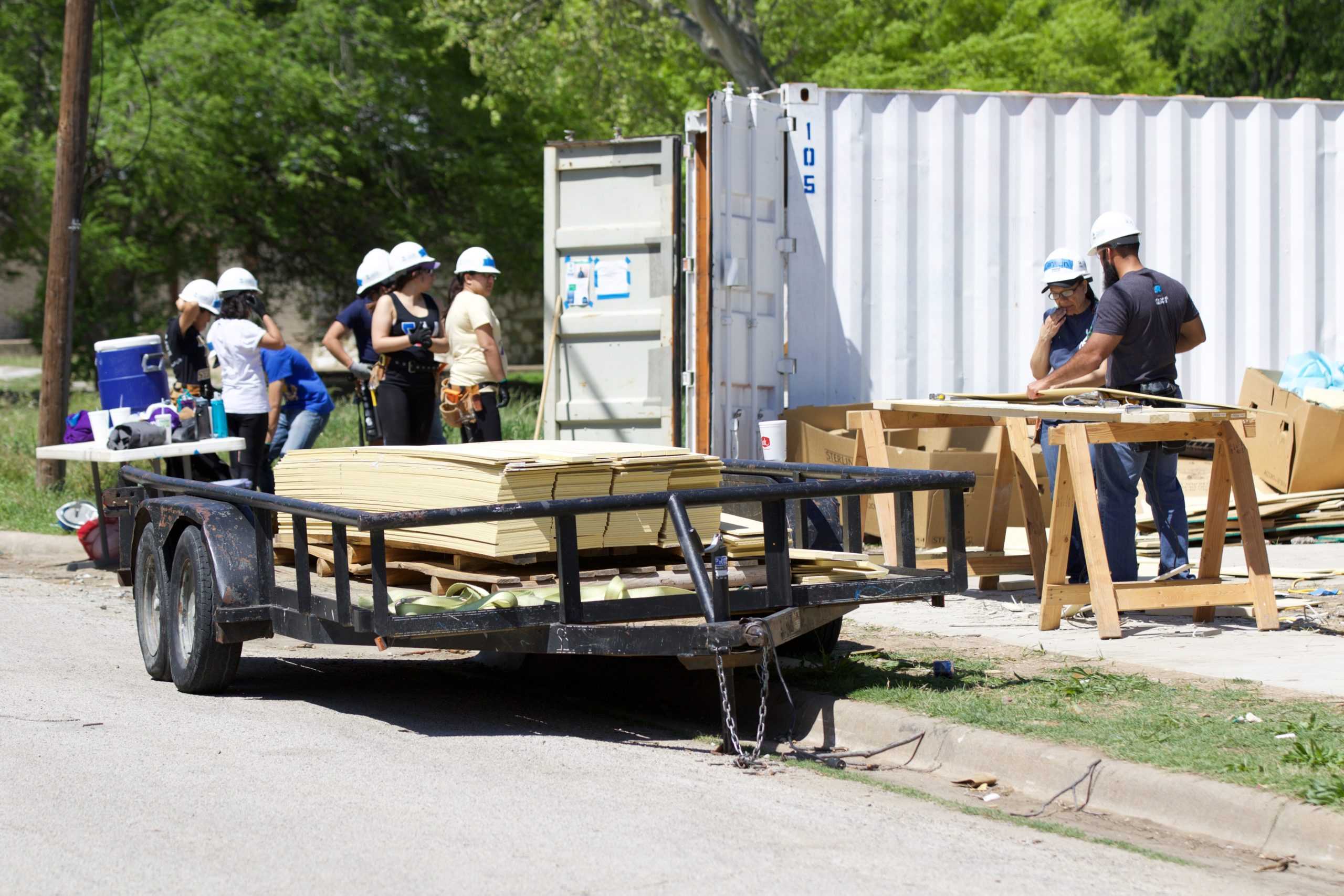 Some TCU students in the Society of Women Engineers put on their hard hats to join Fort Worth volunteers in building one man a new home.

“We really try to do a lot of outreach and STEM (Science, Technology, Engineering and Mathematics), but from time to time, we just do some other volunteer [events] together like Habitat for Humanity,” she said.

Through the Habitat building process, families are able to earn a house through sweat equity rather than paying a down payment on a mortgage. The term “sweat equity” refers to people working their payment off by laboring on their own home and neighbors’ homes as well as taking 250 hours of homeownership classes.

Mark Rummel, a Trinity Habitat for Humanity volunteer coordinator, said this process helps families who need a home but couldn’t afford one.

“It’s a hand up, not a hand down,” added Gary Baxter, a volunteer at the site. “We’re not giving them the house; they’re earning the house.”

SWE volunteers worked on a home for Nikabou Nadjombe who came to America from Togo, a country in West Africa, almost four years ago.

Giving back to the community is an important focus to the women of SWE.

“Not many women get recognition for their part in the engineering community,” said Kara Lasater, a junior mechanical engineering major and SWE outreach coordinator. “It’s an honor to represent TCU and women in science through acts of service. I love being a part of an organization that represents a lesser known group of people and actively tries to improve the lives of others.”

At the national level, The Society of Women Engineers is a non-profit and service organization that was founded in 1950. Currently, the organization has over 35,000 members at the collegiate and professional levels.

This house is one of several being built in the Hillside and Morningside neighborhoods. Habitat plans to build at least 10 new homes there by the end of the year.

Rummel said Habitat for Humanity plans to continue to build at this rate in each of these three communities for the next five to six years.

TCU SWE has worked with Habitat for similar projects in the past. For them, it’s an annual outing.

“It’s an amazing chance to tangibly give back to the surrounding community of Fort Worth,” Lasater said. “As an engineering student, I find working on a build as fascinating as it is fulfilling.”

Nadjombe will have a new home by August, an accomplishment he will have earned with hard work and a helping hand from the community.