A circus from the past haunts a grieving mother and son in the student-written production, “Mister Major and the Minor Wife.”

“This play all started from a prompt that basically discussed a volatile relationship between a mom and a son,” Berg said. “And maybe she has some tendencies toward alcoholism.”

Her work took shape over the course of a semester with the help of her theater professor, T.J. Walsh.

“It was evident from early on that Devin had the tools and imagination needed for playwriting,” Walsh wrote in an email.

As an actress, dancer and singer, Berg isn’t new to the stage.

“I think she really knows how the stage works and was able to bring that into her playwriting as well,” said Libby Rubin, who plays the lead character, Edith Major.

Berg is also the executive director of TCU’s V-Day Campaign to end violence against women– ideas that she said lend themselves to the stage.

“‘Edith Major,’ who’s the lead character in this play—she struggles with the oppression of her husband,” Berg said. “I’m super passionate about bringing those stories across.” 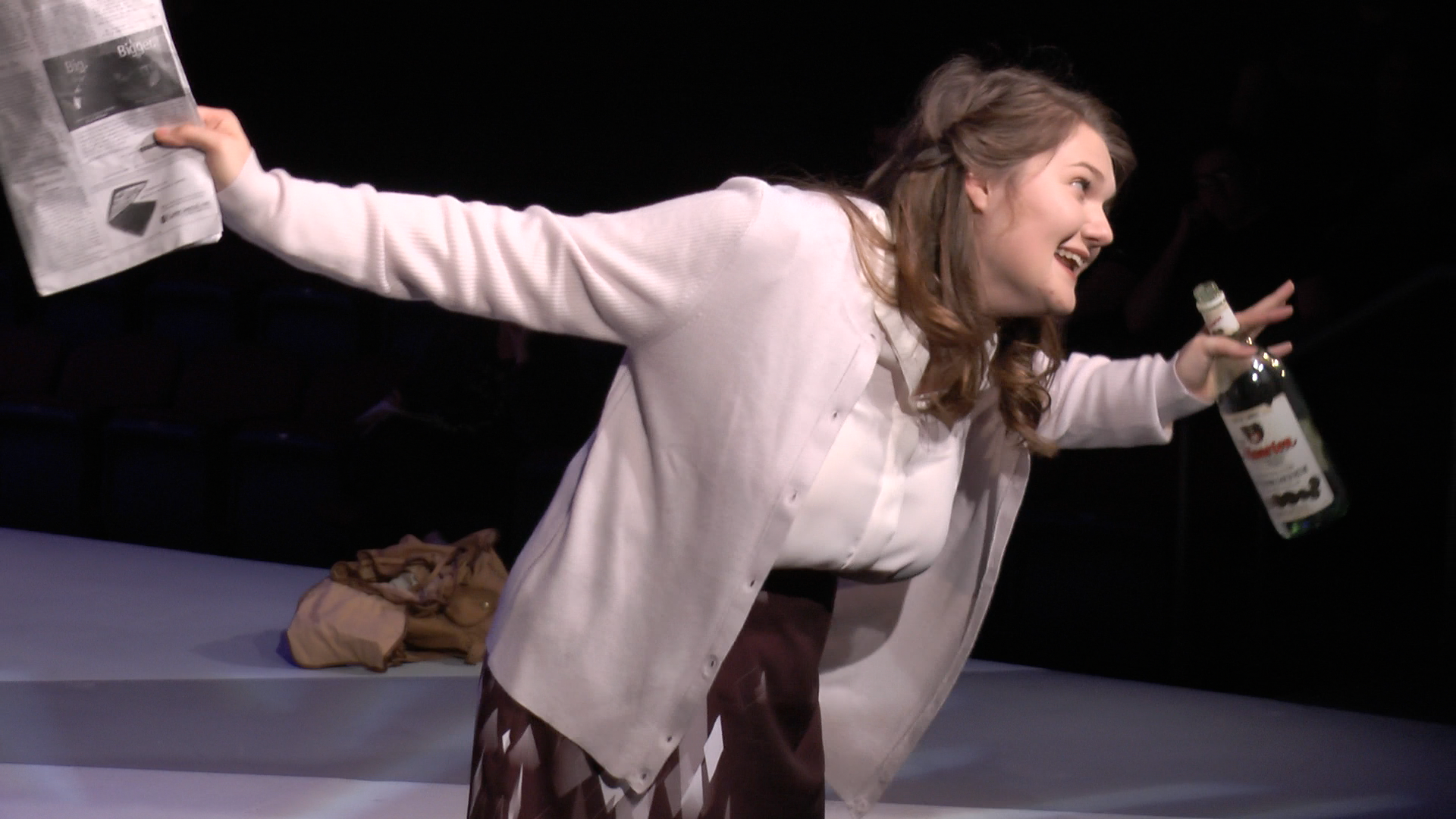 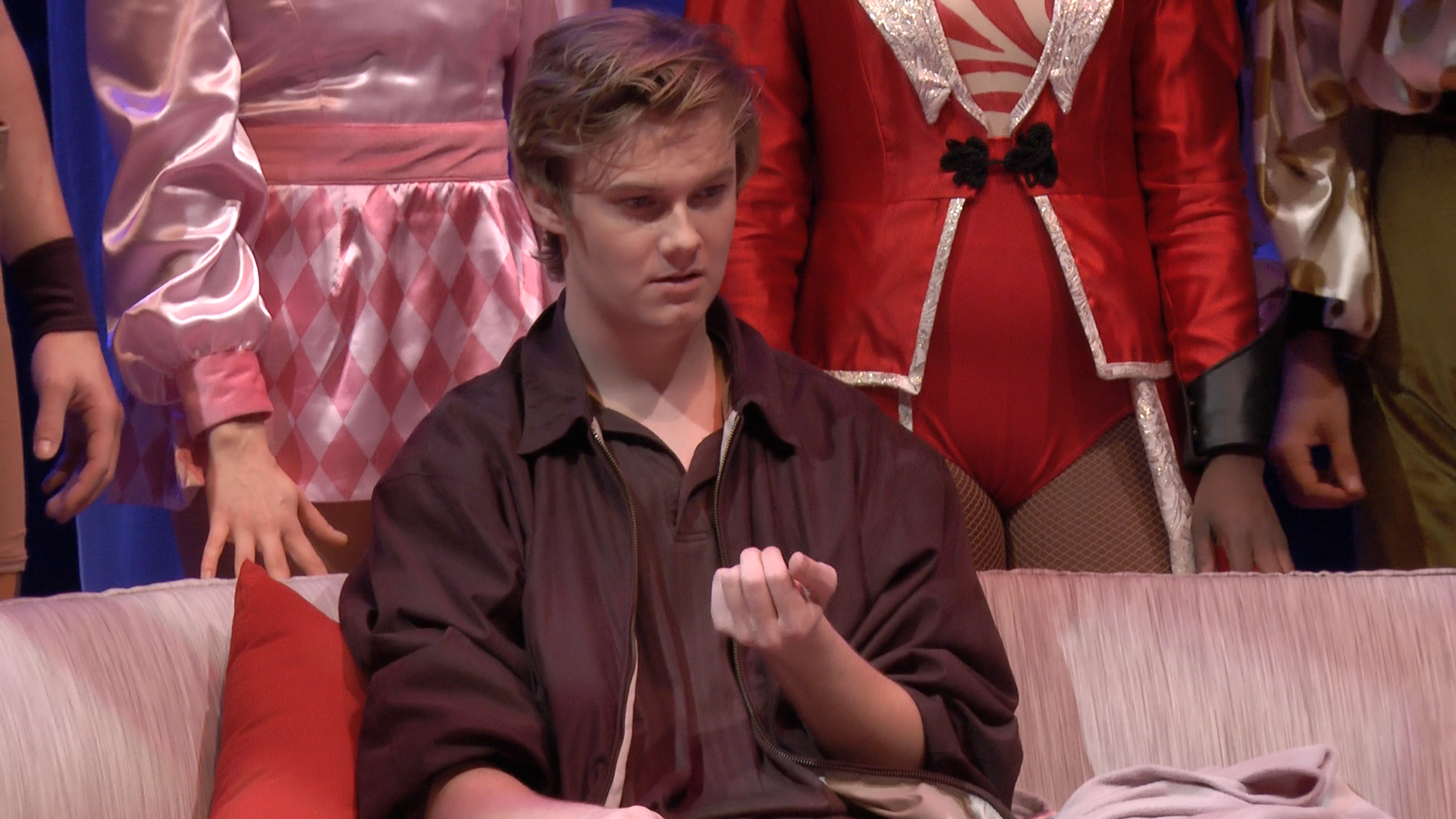 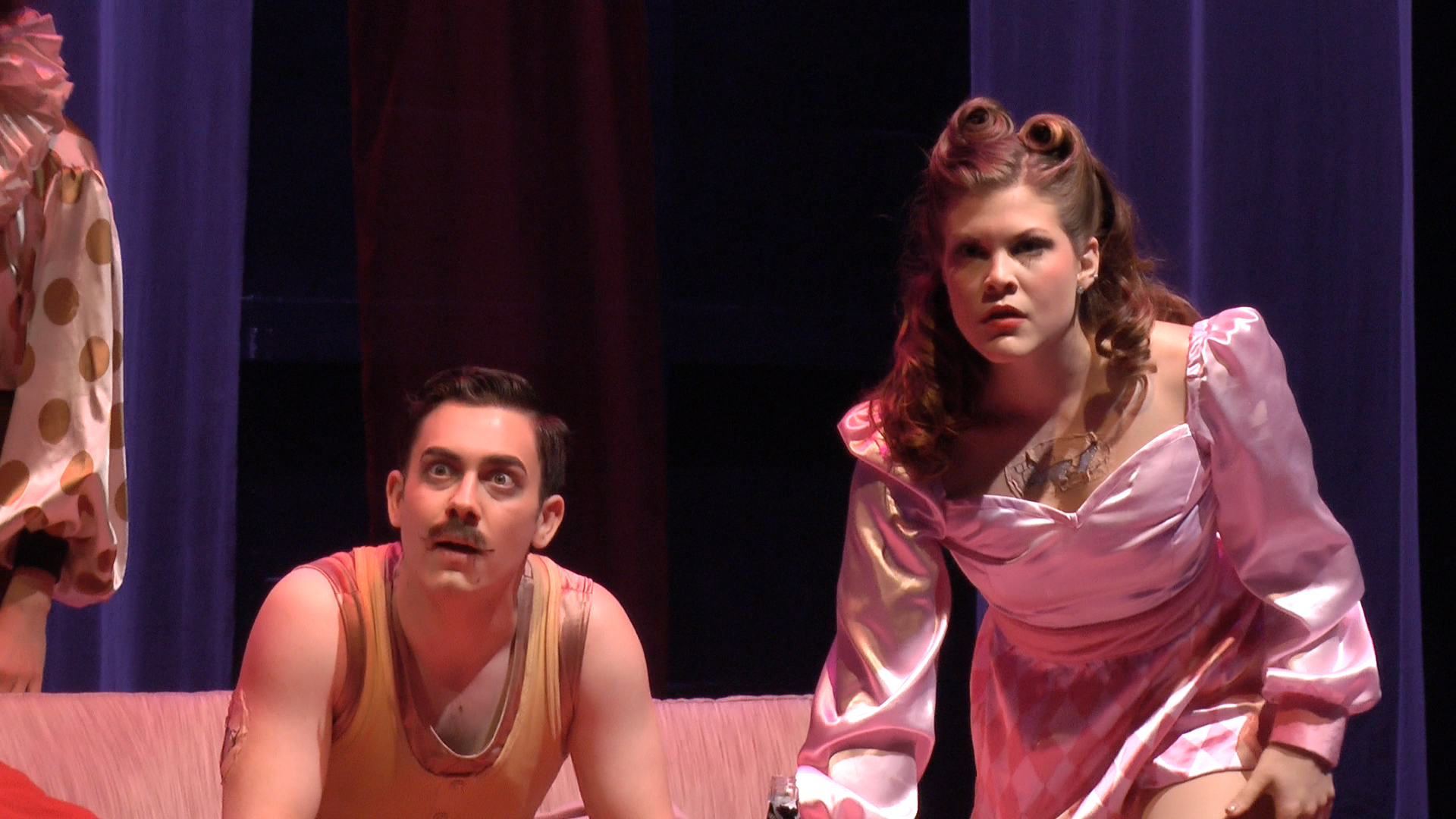 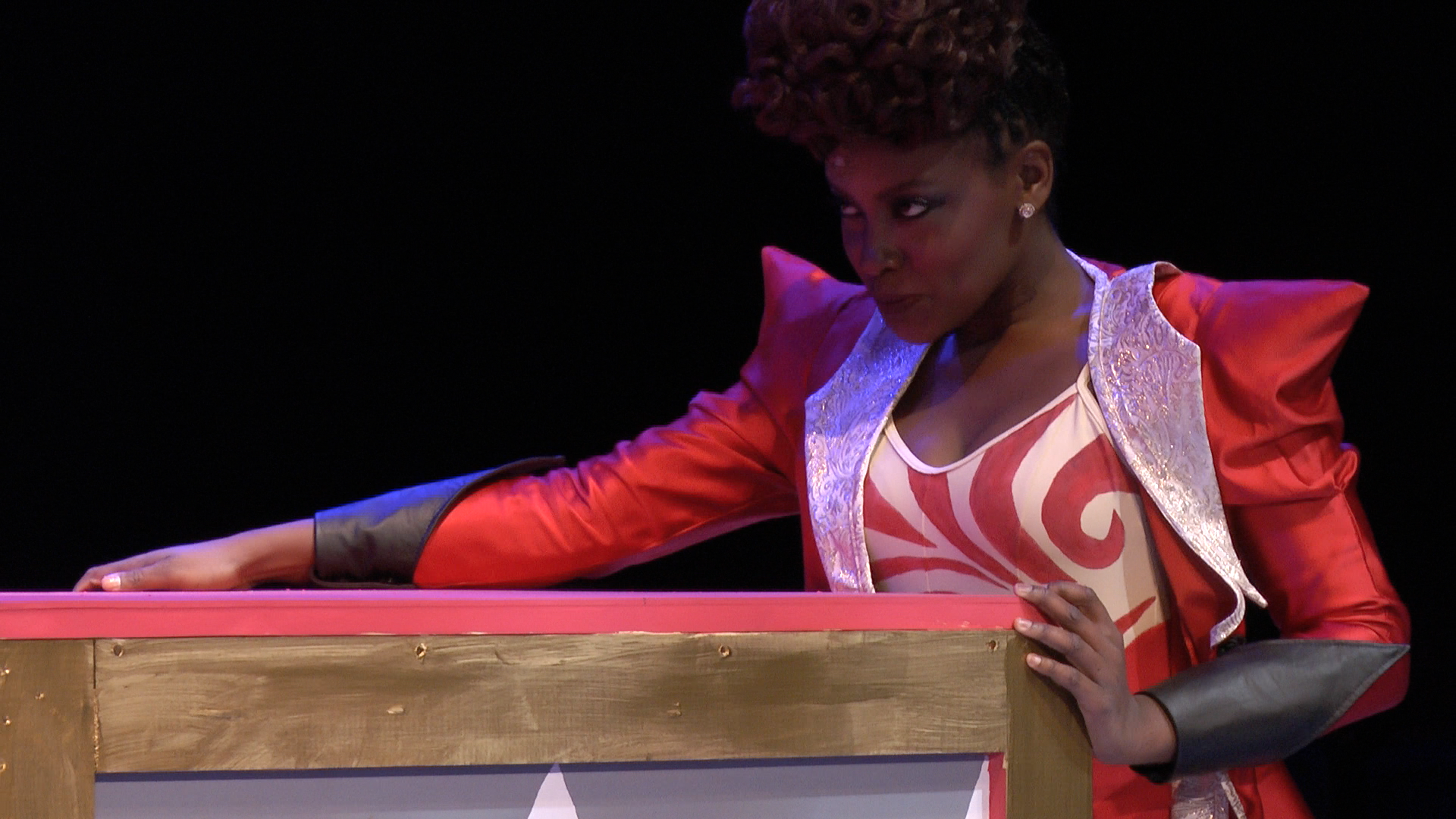 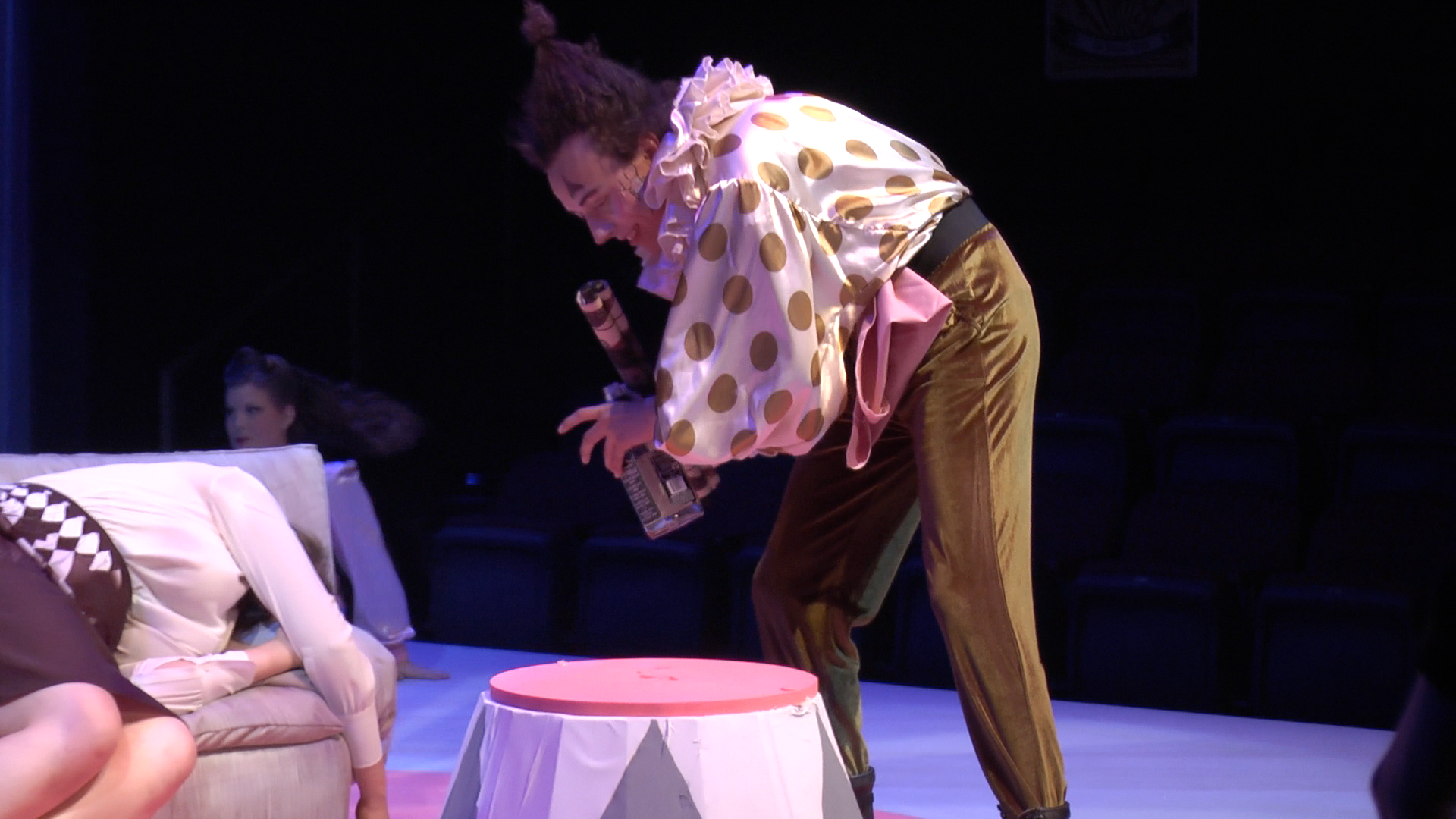 The “Major” family’s story unfolds like a mystery and Director Hannah Wright characterized the writing as non-linear, with imaginative leaps in time that captivated the audience.

“You aren’t really sure what happens at the end unless you pay really close attention at the beginning,” Wright said.

Some audience members watched the play twice to catch the symbolism and flashbacks leading up to the end, Wright said.

The Major characters also portrayed a deeper meaning in how they showed affection.

“The mother and son never say, I love you to each other,” Berg said. “But they do, without saying those exact three words.”

While everyone’s eyes were on the actors, Berg was watching the audience members. She said their responses fueled her ambitions for where the play could go next.

She’s submitting her play to the Dramatists’ Guild, a union for playwrights around the country and wants to get her play published once more theaters perform it.

“I’m actually planning to submit this play to a local theater called Amphibian, which is actually started by a bunch of TCU grads,” she said.

After graduation this spring, Berg says she’s moving to New York to continue writing and performing. She eventually hopes to earn a Master of Fine Arts in playwriting at Brown University.

But she won’t forget where she started.

“The Major family was a figment of my imagination a year ago,” she said. “And now I have real-life images of these people.”