The TCU physics and astronomy department helped organize the event. John Donor, a TCU graduate student, said they had a total of four telescopes in the Commons for viewing the eclipse.

“Three of them were your regular backyard telescopes, but we have a filter on them that blocks out 99.999 percent of the light,” Donor said.

Donor said they had one telescope they called the H Alpha telescope. The H Alpha blocks out all wave lengths except a specific type that provides a better picture of the eclipse. 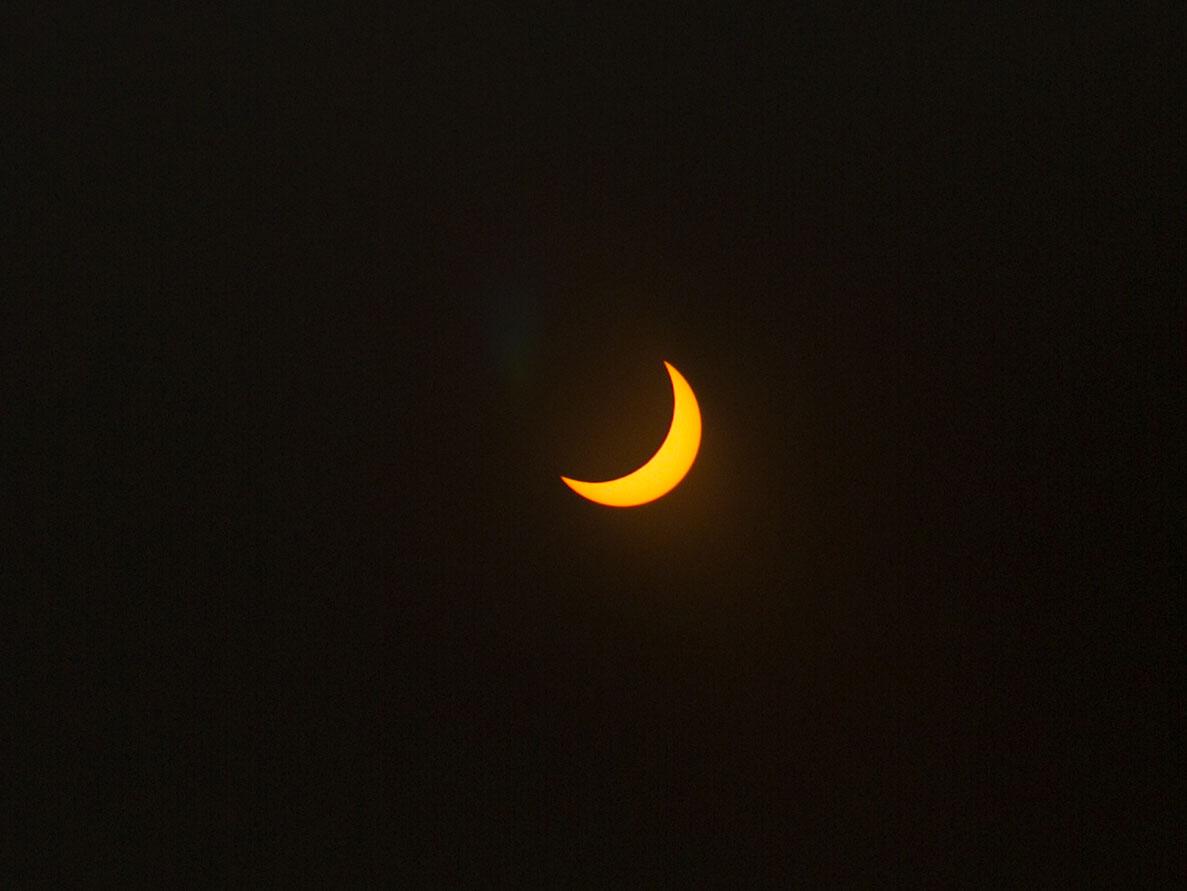 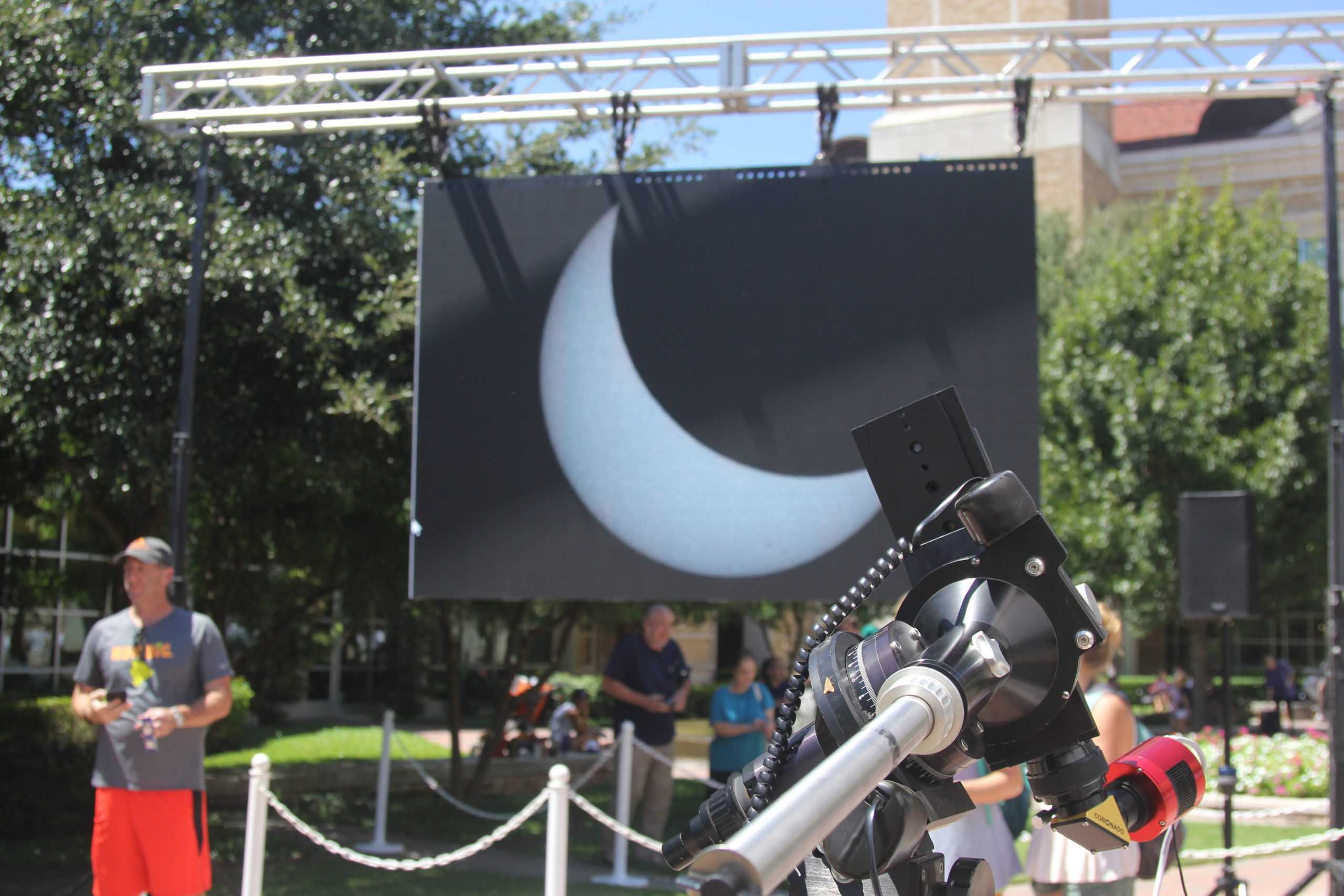 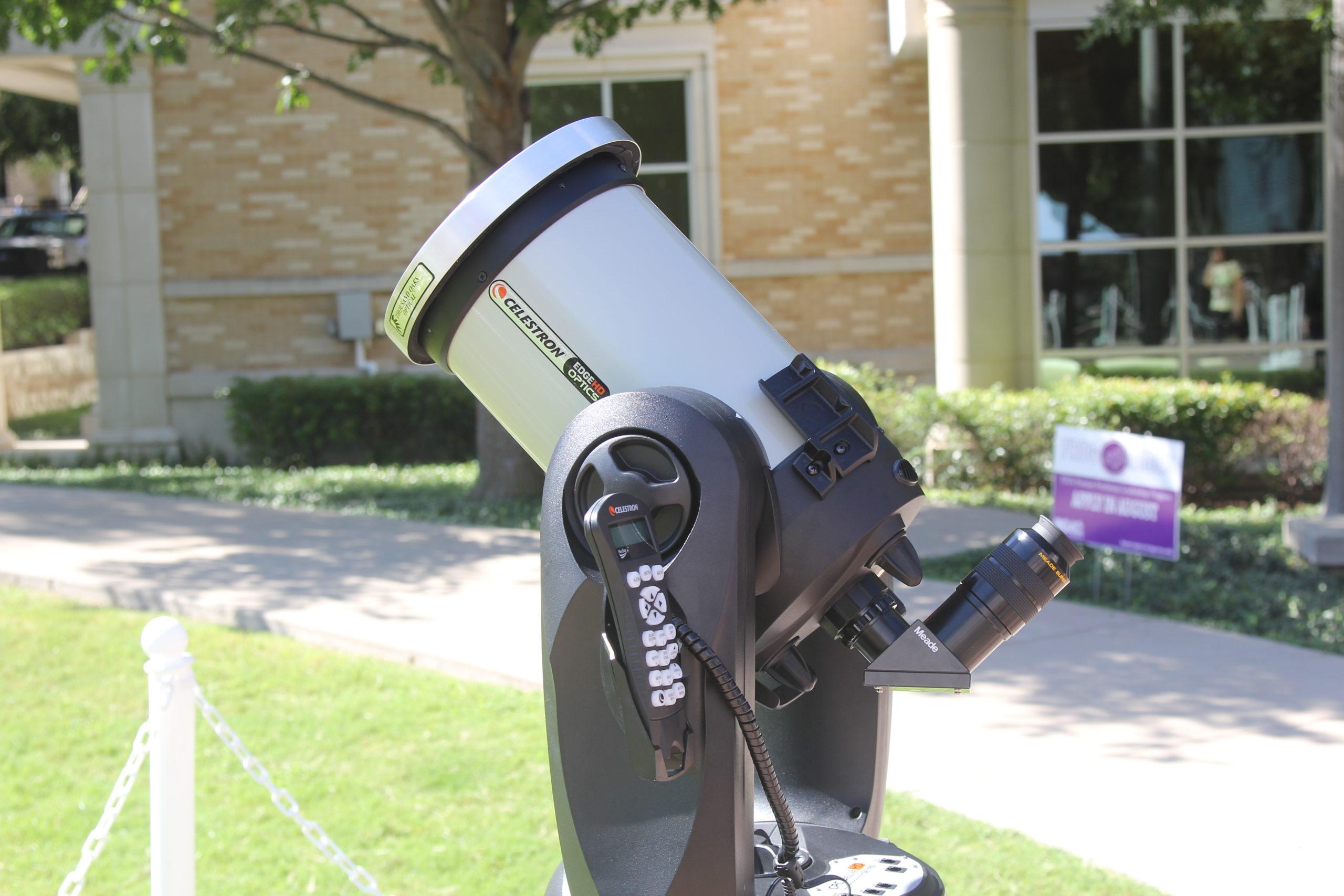 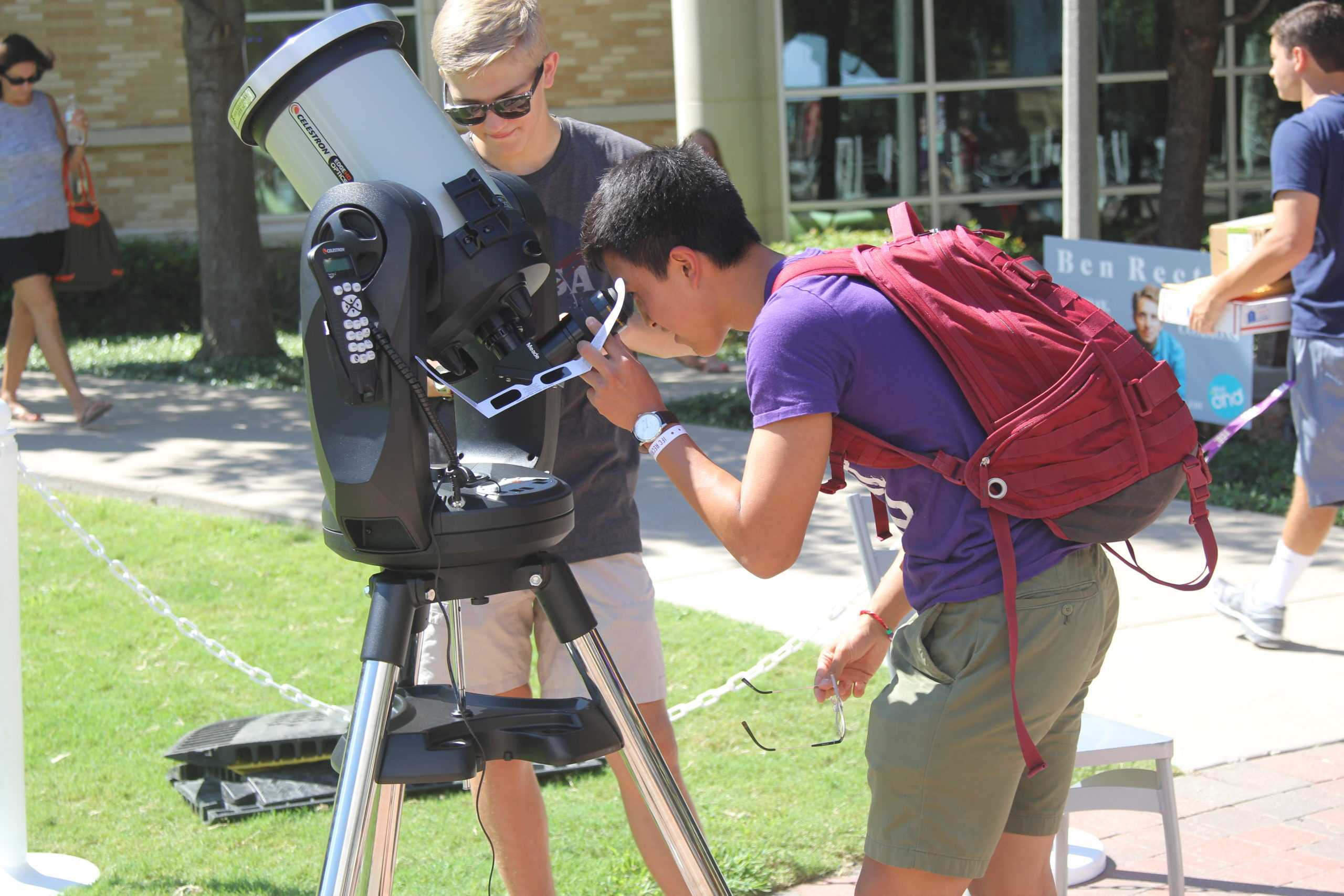 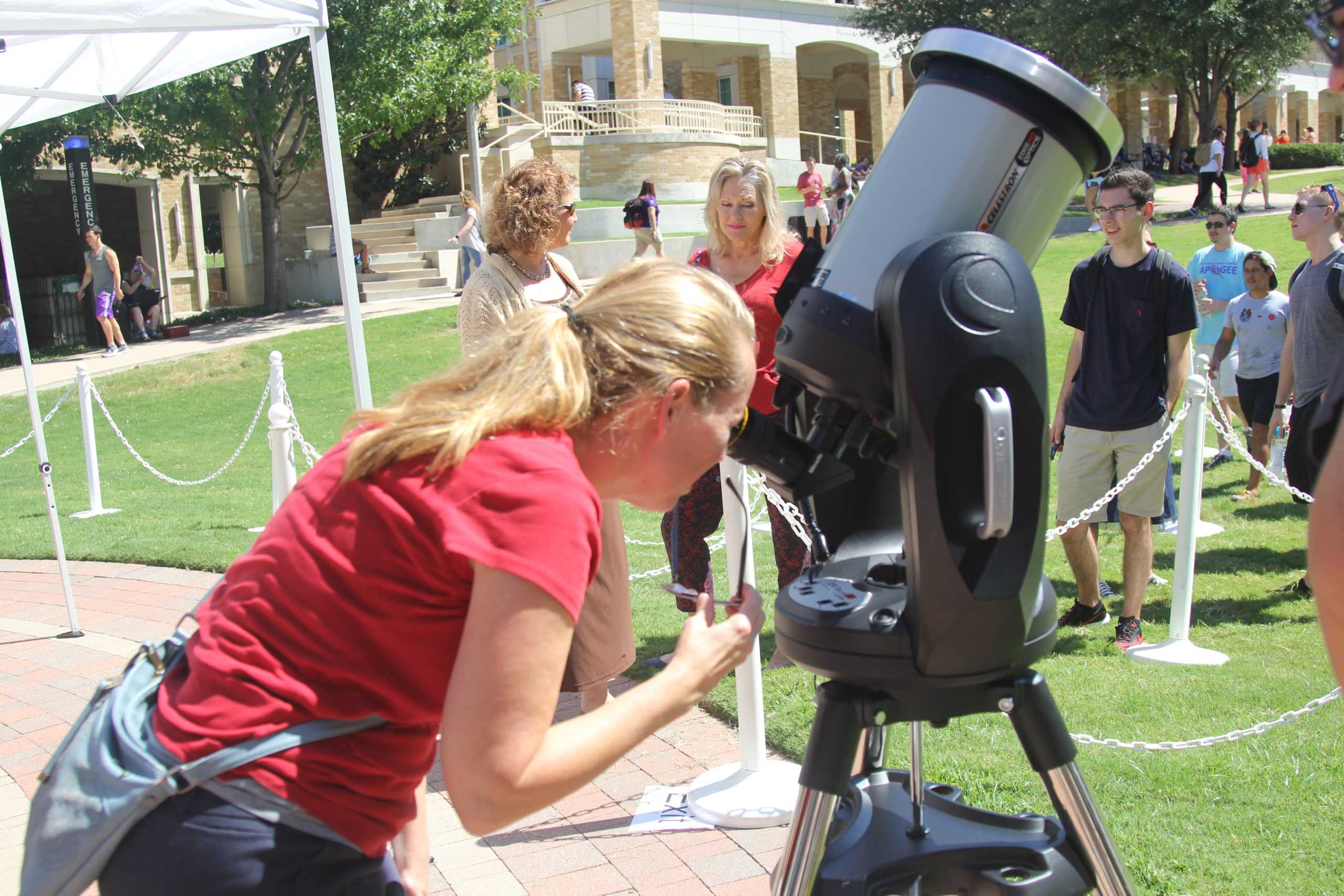 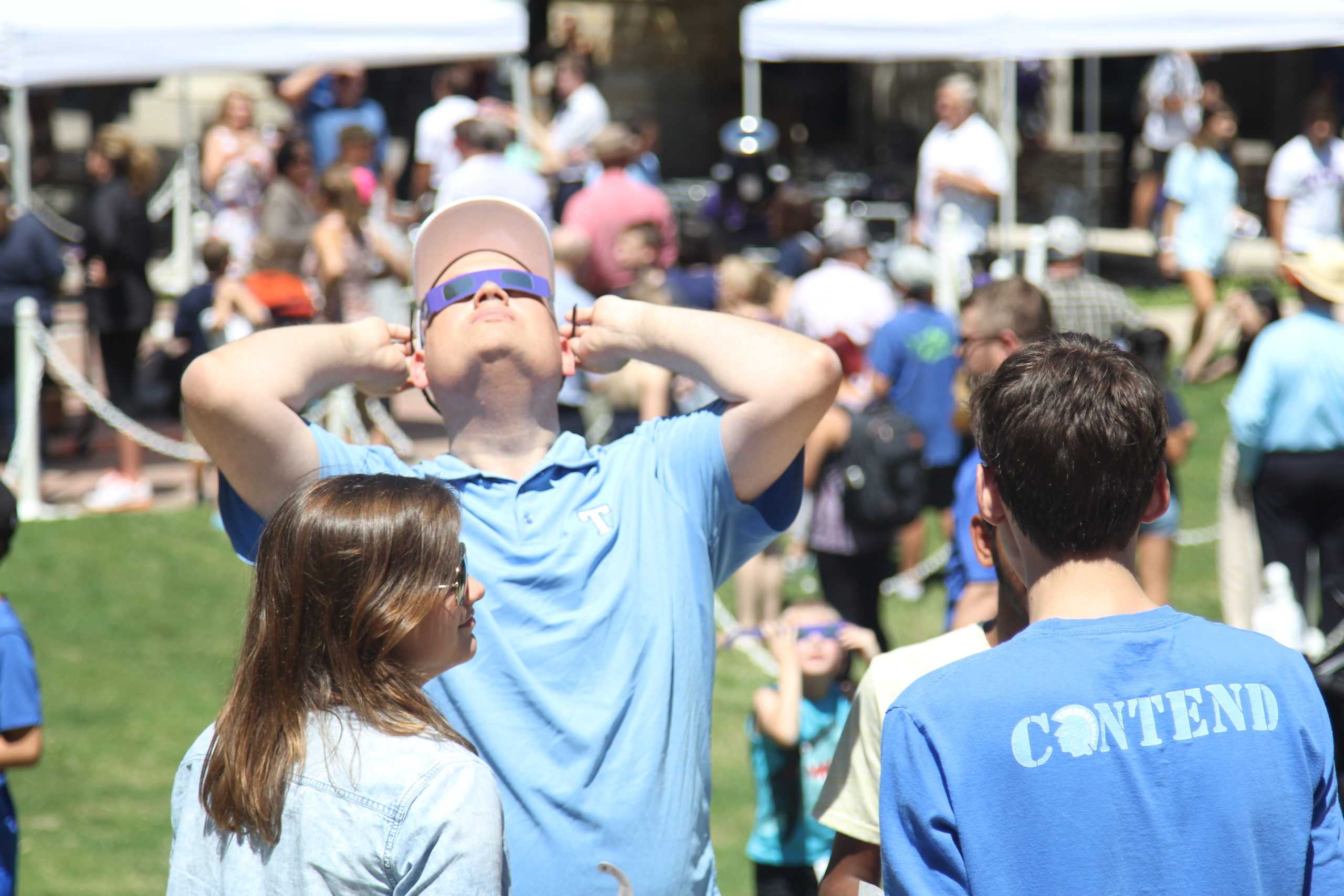 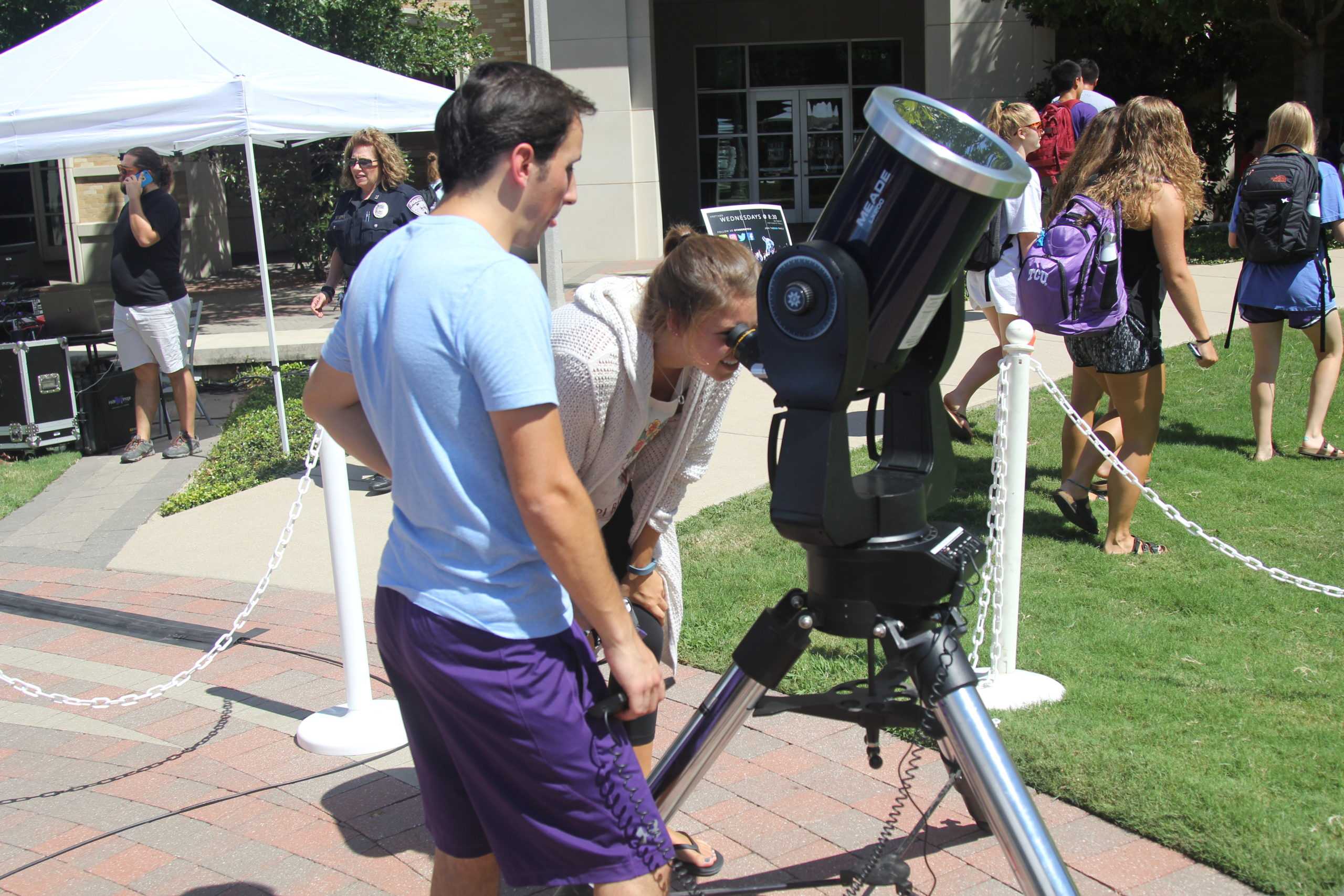 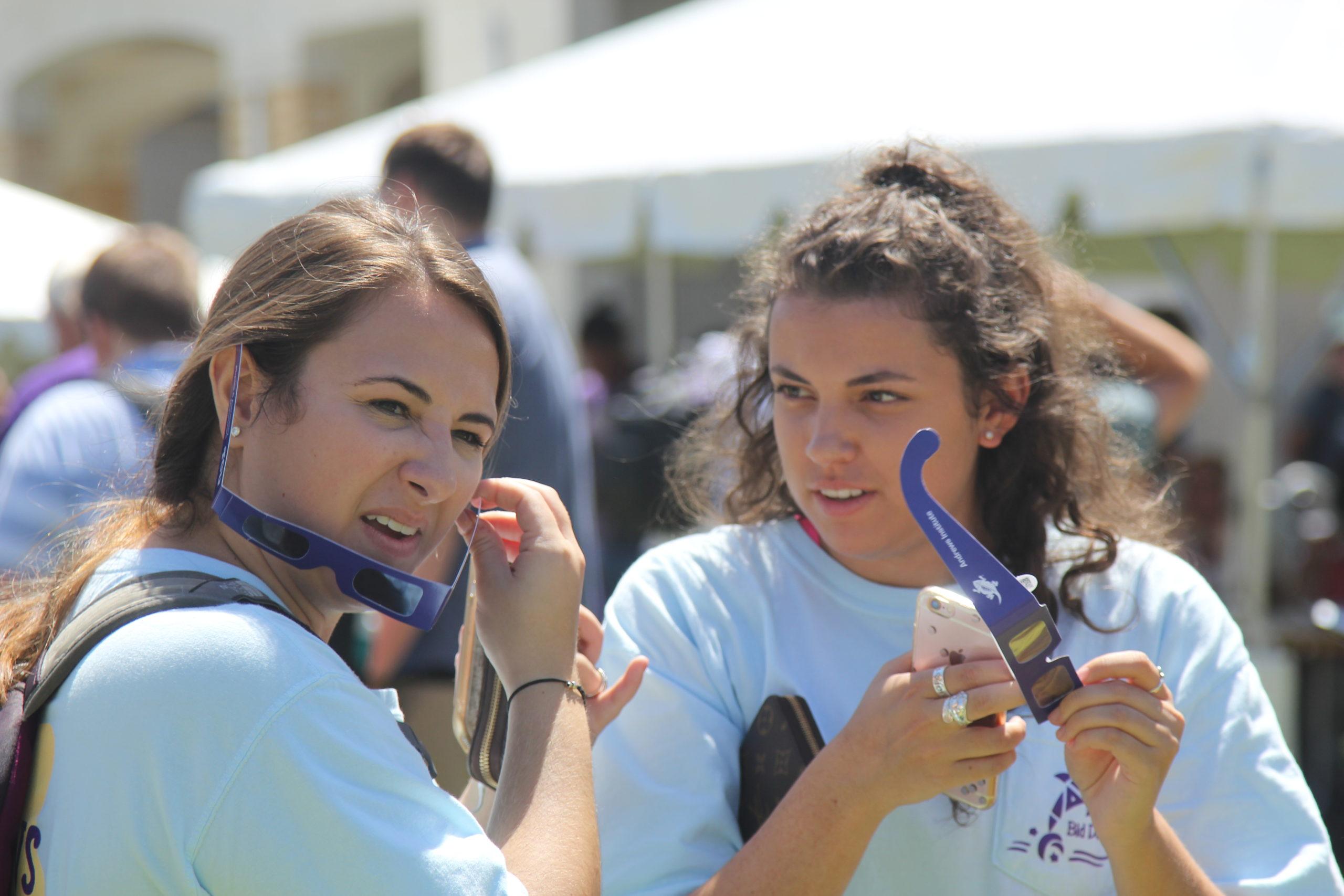 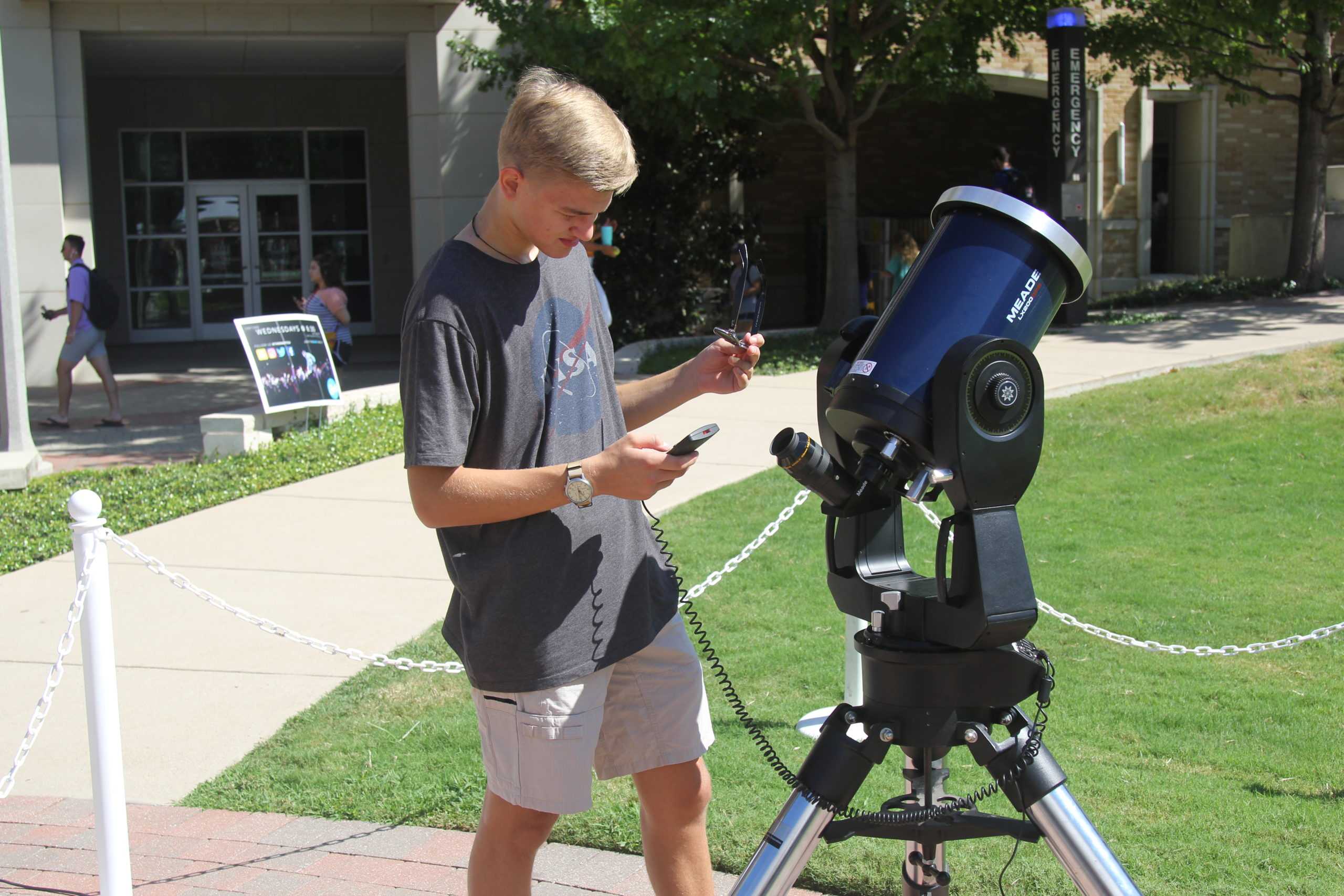 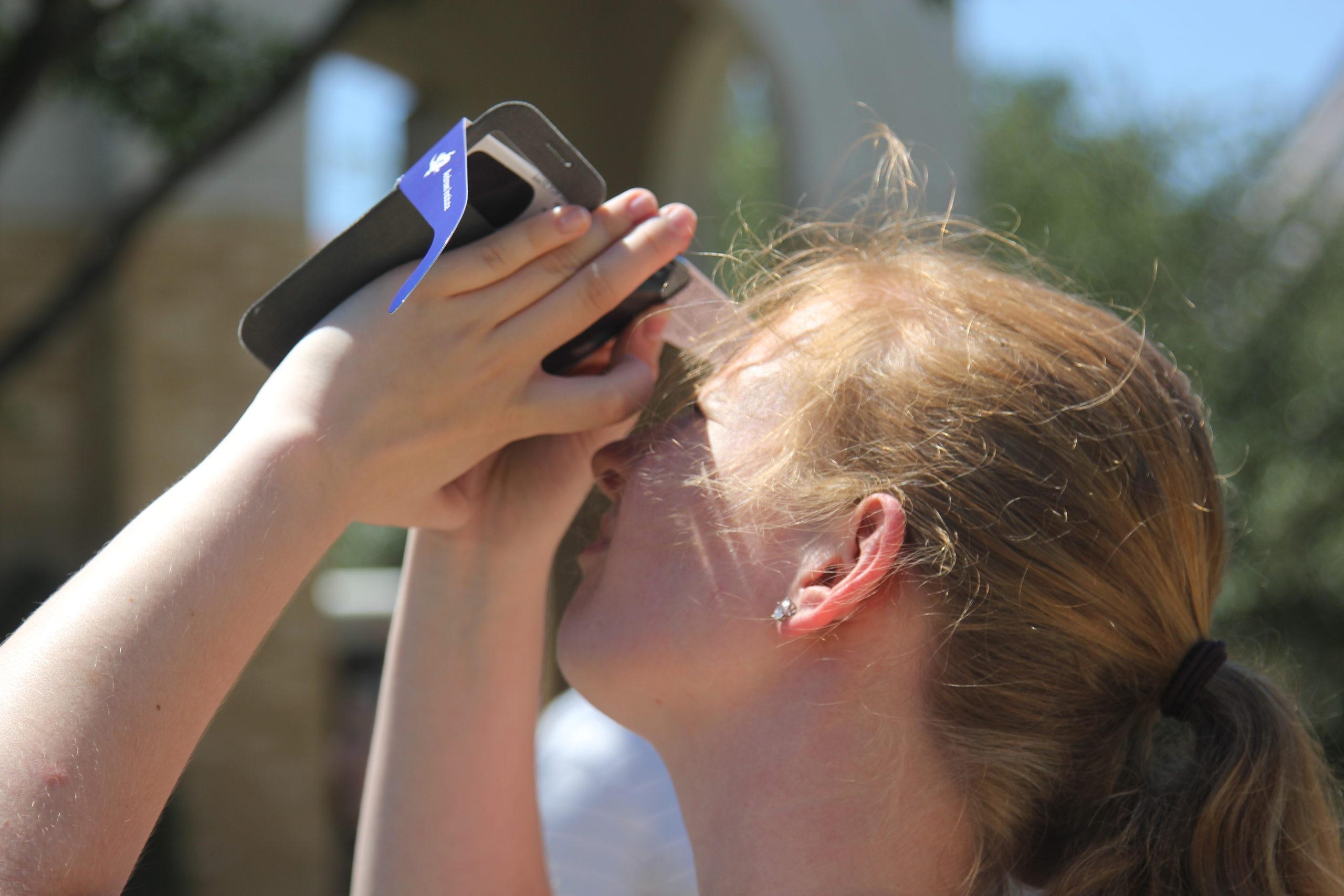 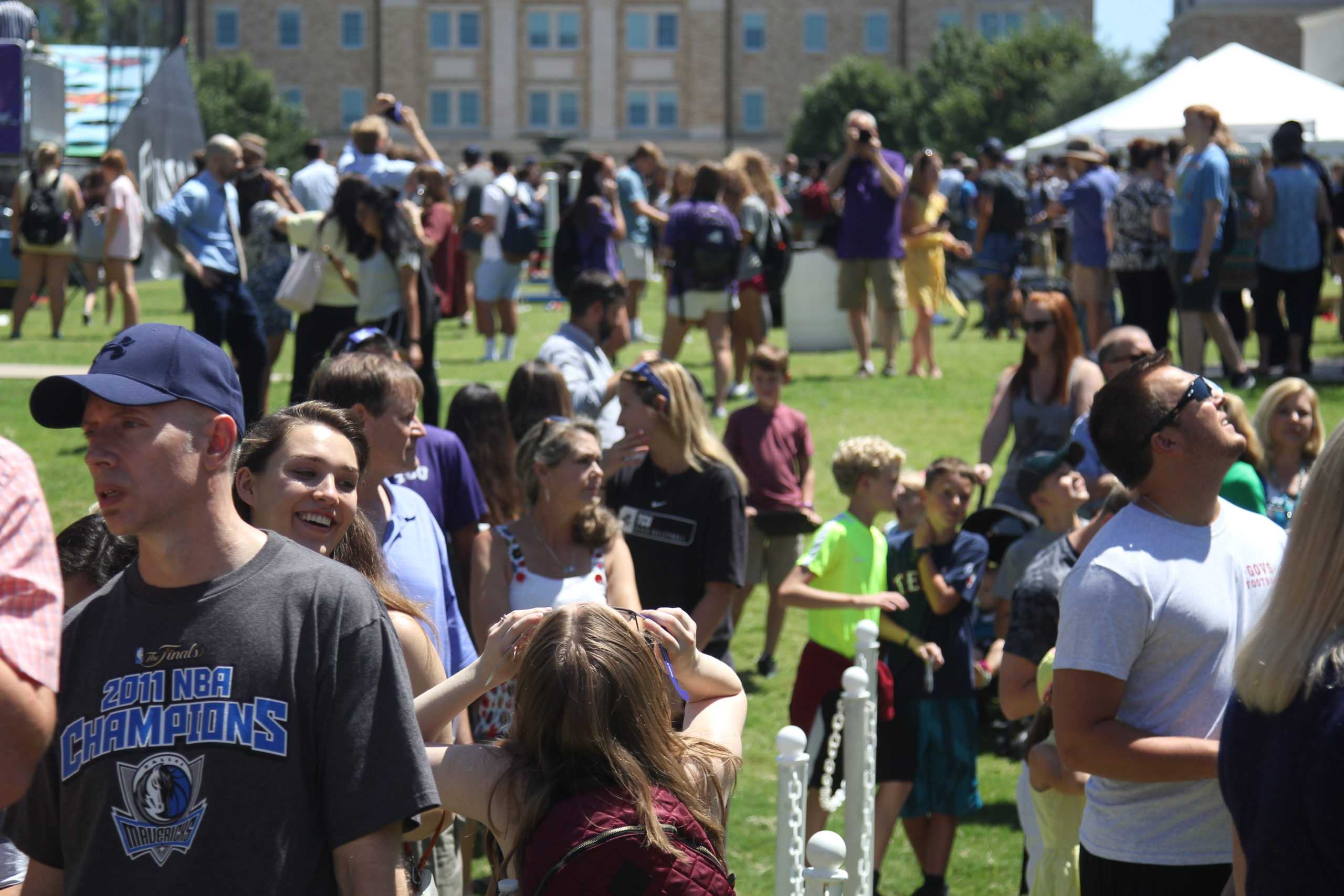 Dr. Kat Barger, an organizer and assistant professor for the department, said these events are rare and she hopes people will be curious about science and want to learn about the sun and solar system.

“We wanted to make sure that all of our horned frogs and TCU community were safe when watching the eclipse,” Barger said.

Many kids, students and families were excited to be in the Commons viewing the eclipse.

LaChristine Adams, a TCU senior, talked about her first time seeing an eclipse.

“I was a little giddy,” Adams said. “It’s my first time seeing it, but it was also a little educational… I learned you don’t get to see a total eclipse in Fort Worth,” she said with a laugh.

TCU student Andrew Lou said he came to the event because an eclipse like this doesn’t happen very often.

Those who weren’t able to catch the eclipse today will only have to wait seven years for the next one. The TCU Physics and Astronomy Department plans on having another big event for the April 8, 2024 eclipse, during which Fort Worth will be in the path of totality.