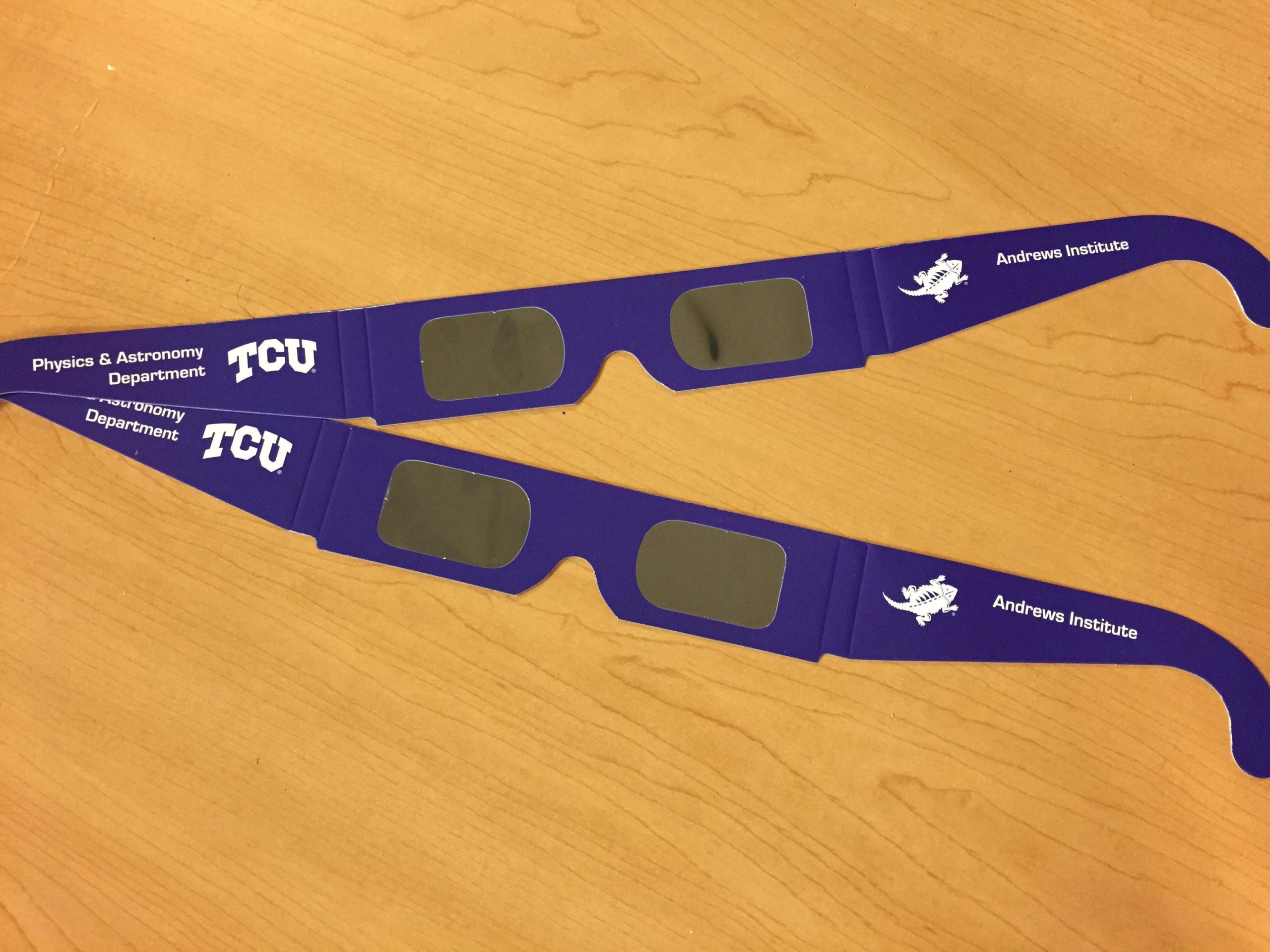 History will fill the sky while people fill the commons Monday to witness the first solar visible in the United States since 1979.

The partial eclipse that is visible in Fort Worth will begin at 11:39 a.m. and slowly progress across the sun, ending at 2:38 p.m. The maximum eclipse, which will cover about 75 percent of the sun, can be seen at 1:08 p.m. – but viewers should be aware that looking directly at the sun without proper eclipse glasses could cause eye damage.

The forecast for Monday calls for sunny skies all day, the ideal viewing of the eclipse, as a cloudy sky would prevent clear viewings of the sun. A decrease in temperature is also expected due to the shadow caused by the eclipse.

Luckily the TCU’s College of Science & Engineering, Andrews Institute of Mathematics & Science Education, and Student Affairs will be hosting a viewing event in the campus commons from 11 a.m. to 2 p.m. with games, snacks, and several safe ways to view the eclipse.

Special viewing glasses will be distributed to everyone in attendance and five telescopes, each with a different filtered lens.

Representatives from most colleges will be speaking at the event with booths available to provide information on how astronomy may relate to other fields of study.

Kat Barger, an assistant professor of Physics and Astronomy, says the eclipse is more than an astronomical event, but a chance to find new interests.

“Whenever you get introduced to science and you get to see how cool and neat it is, it can kind of give you the motivation to explore more that you want to know about the universe,” said Barger. “Look up and be curious.”

If you can’t make it out to the commons to view the eclipse, NASA will be streaming live coverage of the event as it makes its way from coast to coast.

Coast-to-coast on Aug 21, NASA will cover the total solar eclipse from the ground, air, space and more: https://t.co/zMhGru5eZ2 #Eclipse2017 pic.twitter.com/mIh2uBR2lP