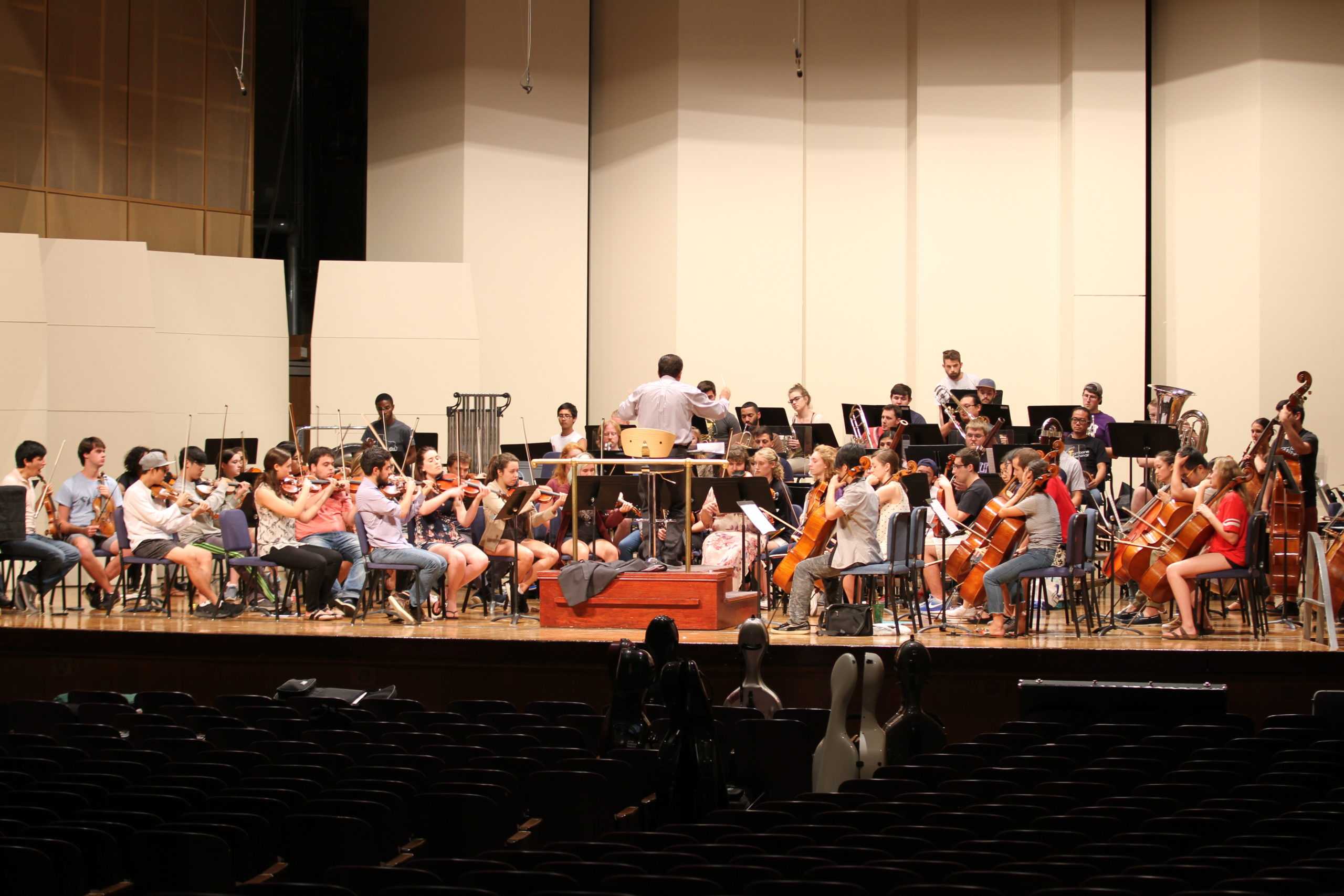 The people behind TCU’s new marketing campaign “Lead On” said it’s meant to encourage the campus to embrace TCU’s uniqueness, diversity and the transformative stories and experiences that promote what it means to be a Horned Frog.

After a 16-month qualitative study of the university, each college will get the chance to be represented in the form of a documentary highlighting a member of that college. The first installment took to the concert stage, where Dr. Germán Gutiérrez has led students to perform extravagant symphonies around the world as well as inspiring young musicians in Latin America in his efforts to building better members of a global society.

“When a student gets an instrument, they will never get a weapon later on,” Gutiérrez, the Director of Orchestras, said in the documentary. “That’s like a shield for them, and that way I think that we are rescuing people and building a better generation not only of musicians but citizens.”

Lead On is meant to convey TCU’s effort to rally students and faculty to make a difference in people’s lives, said Stephanie Barkow, account planning director of BVK, the Milwaukee-based ad agency that helped develop the campaign.

Gutiérrez represented the College of Fine Arts with his story of using his symphony orchestra to inspire better leaders, as well as helping save lives.

Gutiérrez has conducted at TCU since 1996. It is his first and only job. He said he has always pushed for diversity in the School of Music. He said he proposed the Latin-American Music Festival, which has been held biannually since 1998.

“I saw the opportunity to enhance our relationship with the Latino community with me being Latino-American,” he said. “Number two was to benefit our school and that diversity we are talking about. Let me see if I can bring the best from Latin America to TCU.”

The dual-interaction between culture and music he said, enriches the life of musicians and helps to build ethical leaders.

Gutiérrez has taken his symphony abroad to give them that immersive experience. In 2013 , he took students to Argentina. He said he remembers students being in awe of Buenos Aires and the sounds of ensembles playing music at such a high level.

He said students would say “oh my God, we didn’t know about this,” and how that was such a powerful life lesson for them.

He said meeting people different than you teaches respect and that’s one reason why he was glad to be part of the Lead On campaign.

“I firmly believe that diversity enriches everybody’s life, you know for our community to learn from other cultures and for those cultures to come and learn what is the best in America,” Gutiérrez said.

Another way Gutiérrez recognizes his students is by including their music for their country in the concert programs. He said it’s not that difficult to recognize that some of his musicians are from very distant places like China, Russia, Australia, or his home of Colombia, for example.

In his country, he said music has saved lives. Narcotics and guerrillas are prominent in Colombia, he said.  The government pours money into programs such as the arts and music to give young people the opportunity to do something positive.

“You try to put the students into beautiful disciplines like the arts at a very early age and you change their soul immediately,” Gutiérrez said. “The art starts to protect them from going into the wrong track and that can be very beneficial.”  Gutiérrez also supervises youth orchestras in Colombia, Mexico and Peru.

The Lead On campaign was launched in late August with an “anthem” video. Diversity in the Media students Ross Harvey, Griffin Conboy, Richard Edgemon and Hunter Smith compiled reactions students had to the video and to campus diversity in general.

BVK’s Barkow said everyone’s passion was the most exciting part of the process in working with TCU.

“It was contagious,” she said. “It was amazing to see a group of truly good people be so passionate about this school, the work that it is doing in students’ lives and around the world.”

“The experience and the culture came through,” she said. “You didn’t hear a lot of disconnect between the groups, you heard a lot of people coming back and saying the same thing about the institution and for me, that was nice to see.”

Sophomore Anastasia Flores said she was encouraged after watching the brand anthem video.

“TCU is trying their best to encourage other ethnicities to come into the school so that it is diverse,” Flores said. “Anyone can come here, not just a certain stereotype, and that is important to remember.”

Syler-Jones explained that the brand anthem video serves as the summary for the research and the documentaries showcasing each college are the chapters in a book. The next chapter video will be on the College of Science & Engineering featuring environmental science professor Mike Slattery.