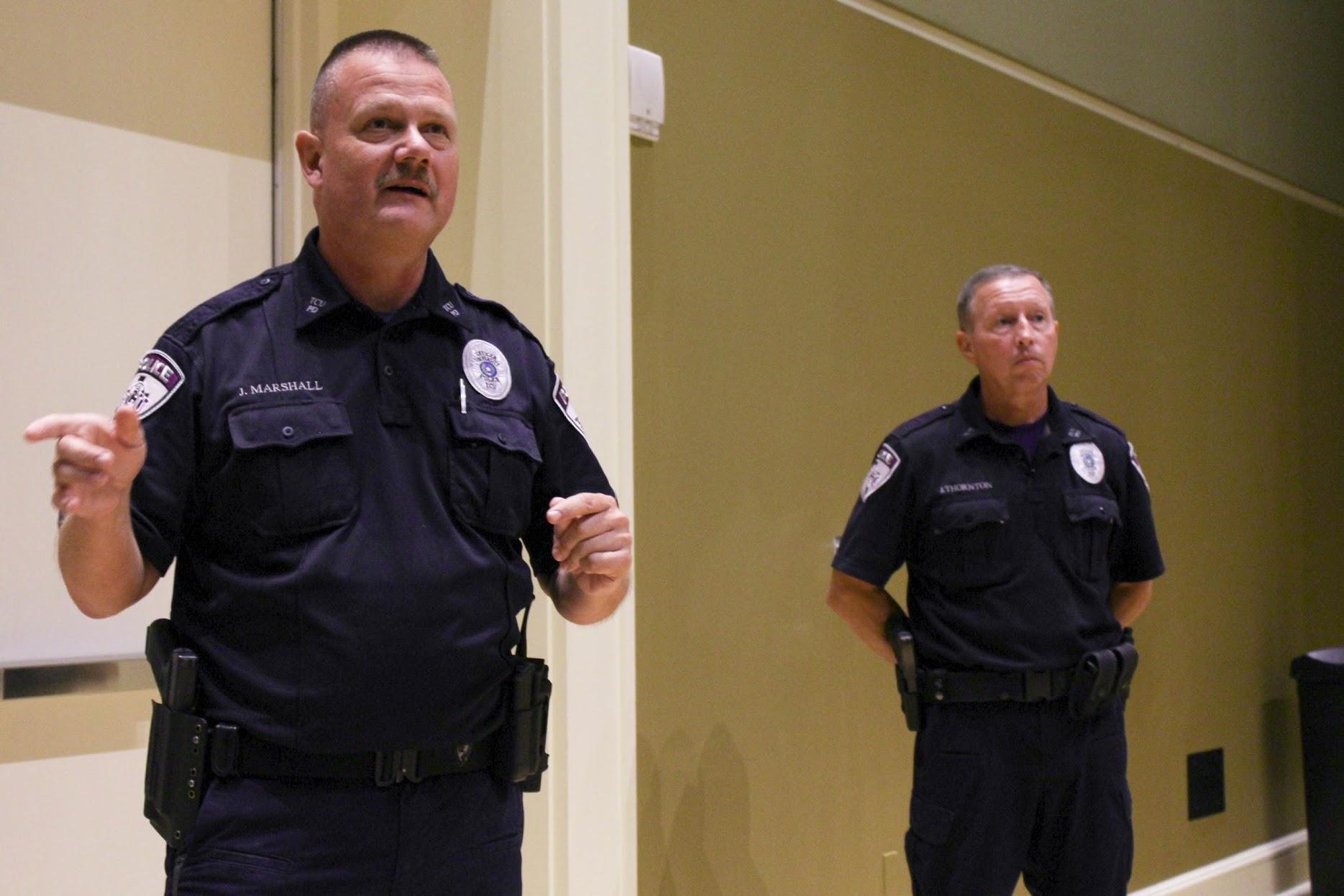 That’s the TCU Police Department’s three-word tactic for dealing with the potential situation of dealing with an active shooter on campus.

The police department laid out a strategy Wednesday on what should and shouldn’t be done if there’s a shooter on campus.

“The actions that potential victims make in these situations are crucial and often the difference between life and death,” Officer John Marshall said.

He advised people to close themselves off from a shooter and showed a video of people in a grocery store hiding and barricading themselves from the shooter.

Officer Joe Thornton and Detective Steve Hall said people shouldn’t play dead. They also said people should find the nearest exit or secondary exit like windows, if possible. If exiting isn’t possible, try to remain out of sight and if the opportunity presents itself, try to subdue the gunman.

The video urged people to attack weak spots of the body like the eyes, throat and groin. It also suggested that groups work as a team to hold down and detain the assailant until authorities come.

Call 9-1-1 only from a safe and secure position. Remember to remain calm while explaining the situation.

Prior to the shootings at Columbine High School in 1999, the first tactic taught to officers was to call the SWAT team and secure the building, since then the officers have been taught to respond at their own discretion, said Assistant Chief of TCU Police Robert Rangel.

“We’re not waiting to see if someone needs help anymore,” Rangel said. “We have to take immediate action.”

Be sure to follow the commands of law enforcement officers once they arrive on the scene, police said.

“If somehow it went more than 3 to 4 minutes, there’s going to be hundreds of Fort Worth cops responding as well,” Marshall said.