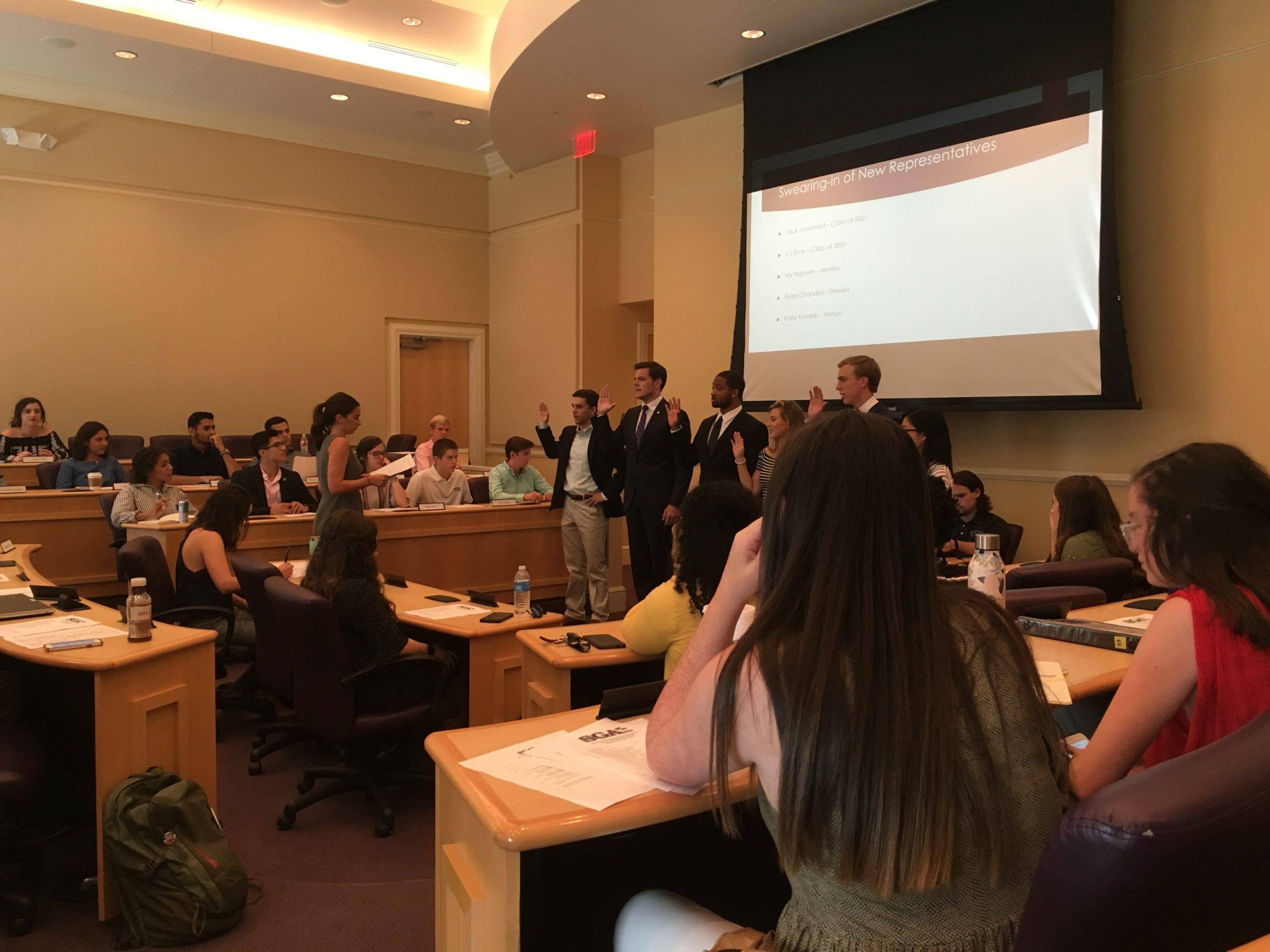 print
The TCU Student Government Association is on a mission to have a full House.

With only one more vacancy left in the House of Representatives, they have filled six positions in the past several weeks along with six new members to the Judicial Board.

Before being selected, candidates for House and Judicial Board applied for their respective positions and were interviewed.

Student Body President Ben Taylor was tasked with nominating Judicial Board members. He said he looked for a Justice that, “cares about TCU and has the ability to understand our documents and situations where people violate these documents, even from a perspective outside the SGA.”

Jason Cline, Clayton Dana-Bashian, Rachel Heffelfinger, Anita Pai, Andy Rowland and Tate Smith were nominated and approved by the House of Representatives Sept. 19. They are tasked to join the rest of the Judicial Board in dealings that concern election disputes, code of ethics violations and the constitutionality of SGA initiatives, according to the SGA website.

The representatives appointed were Charity Mason for Harris College of Nursing and Health Sciences, My Ngyuen and Ryan Chandler for the Neeley School of Business, Katie Kovarik for John V. Roach Honors College, Joe Laluzerne for the College of Fine Arts and Ontario Brown for the College of Education.

Chandler said being involved with SGA has been the highlight of his year.

“Everyone is so kind and determined to make the school better,” he said.

The Elections and Regulations Committee is also currently interviewing candidates to fill a Class of 2018 representative vacancy. The candidate will be nominated for approval at the next House meeting Oct. 10. After this is position is filled, there is expected to be a full House.

Representatives will hold office until the next election season in April 2018 and Judicial Board Justices will serve for the remainder of their time on campus.