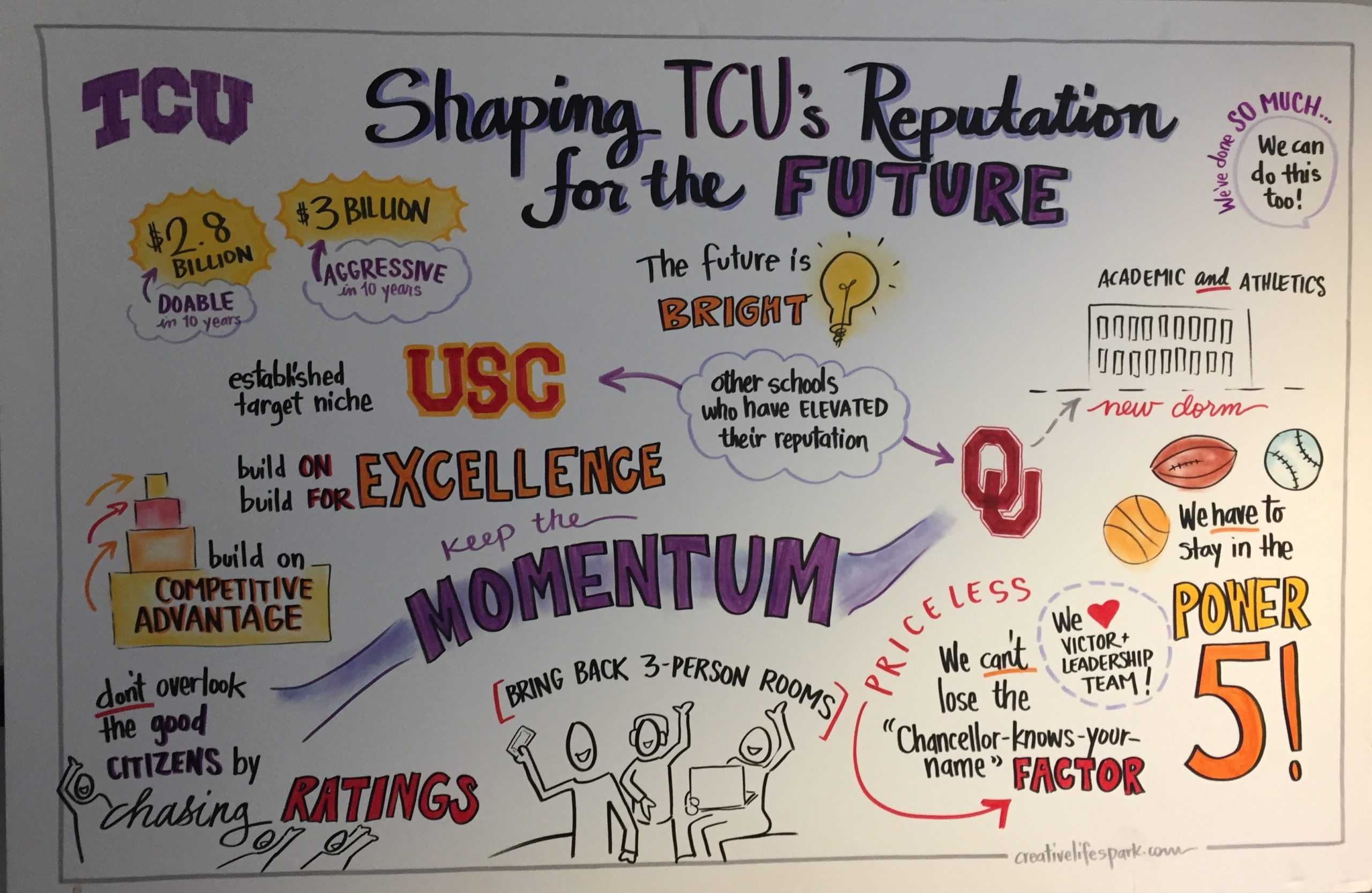 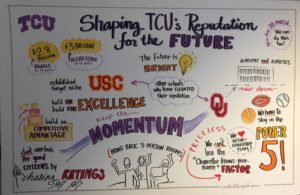 At the close of their fall meeting Friday, Chairman of the Board, Mark Johnson, said a lot of thought went into arriving at this number as well as short-term and long-term planning.

“Everyone really has high demands,” Johnson said. “We’ve got to educate you well, give you the opportunity to participate in sports or watch really good sports, but we also have to feed you, take care of you physically as well as mentally. All of those things add up.”

“We’ve done that for the past seven years,” Boschini said. “We’ve raised it by at least the same amount, but usually more.”

Johnson said a “substantial” portion of the increase goes to financial aid. In addition,  TCU continues to works to strengthen its endowment.

“The endowment, as we continue to grow it, gives us the opportunity to help students pay for their education,” Johnson said. “I’d love to see no student have debt in 25 years if we can get there.”

In addition to the tuition increase, the board also discussed increasing enrollment and several construction projects.

Johnson said at last spring’s Board of Trustees retreat the board approved increasing the full enrollment to 11,000 with 9,500 being undergraduate students. This will be done incrementally by adding 50-75 students in each incoming class over several years.

“We’re not going to do that all at once,” Johnson said. “We want to be methodical about that.”

The rise in students is not expected to boost classes sizes.

Johnson said the board is sensitive to class size.

“There is an environment here, a culture here, that we want to maintain and that’s the ability for students to be known as who they are by the professors and staff,” Johnson said. “If you build it too big you lose what I think is an attribute that really brings a lot of people to this university.” 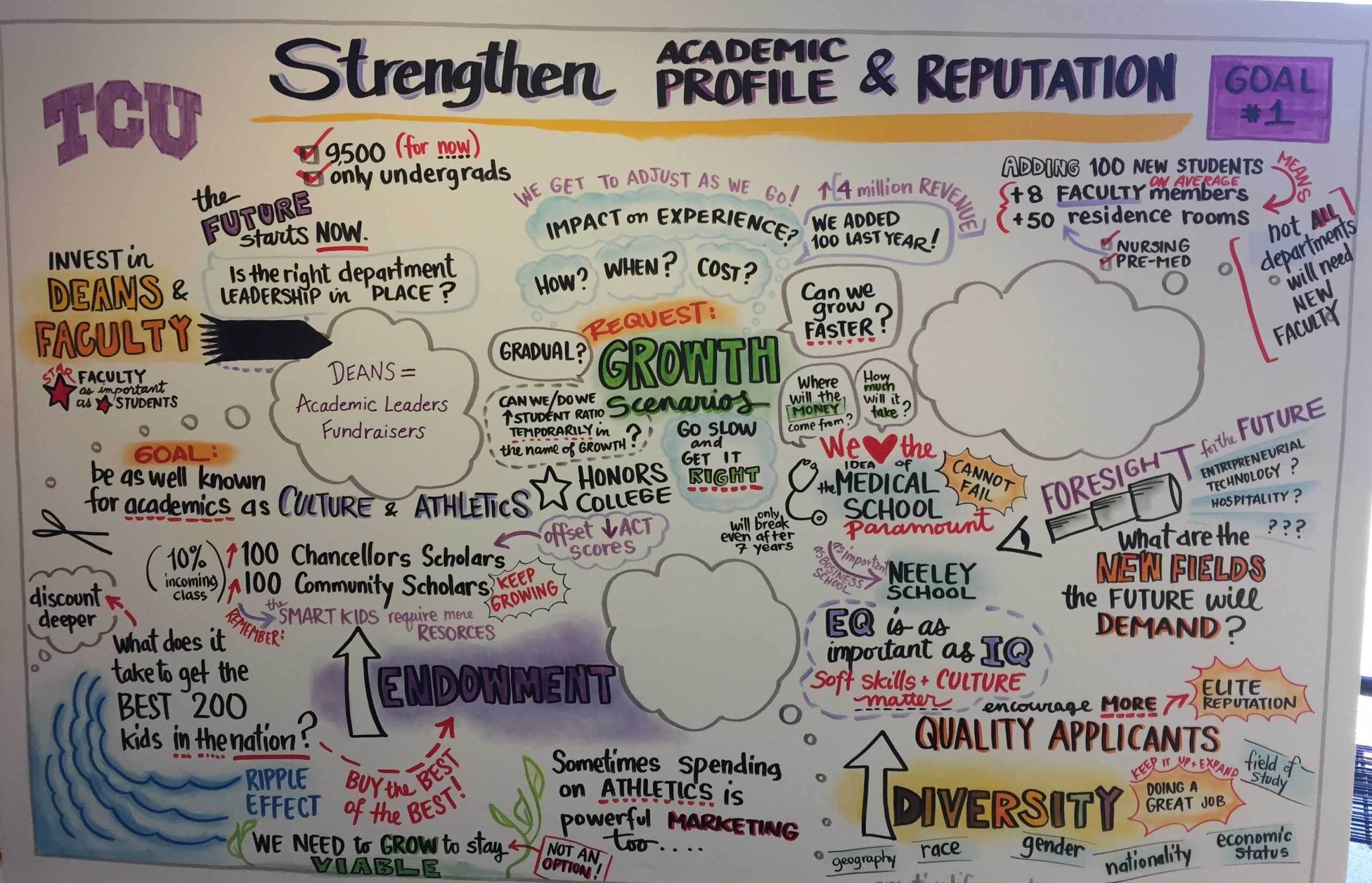 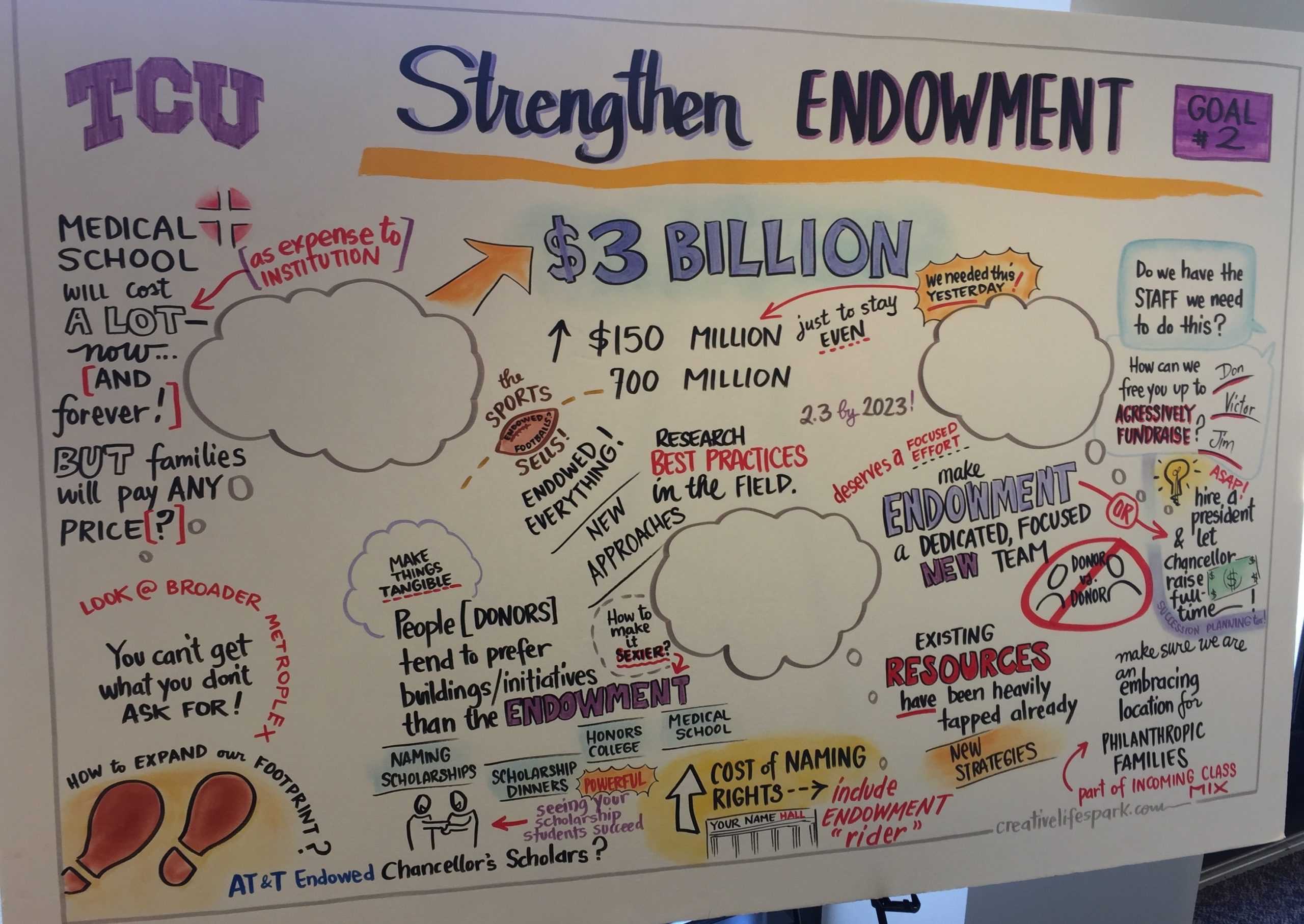 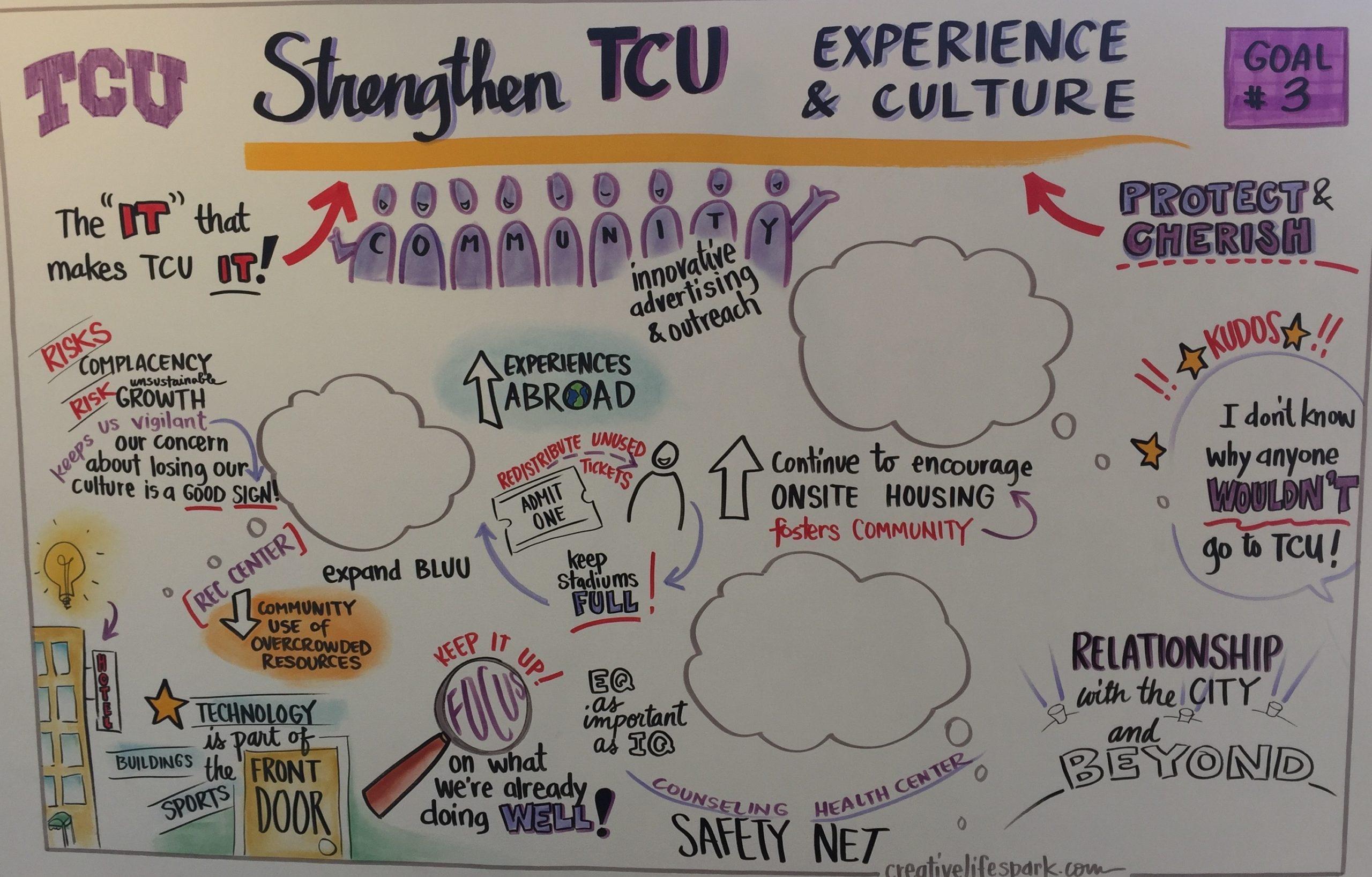 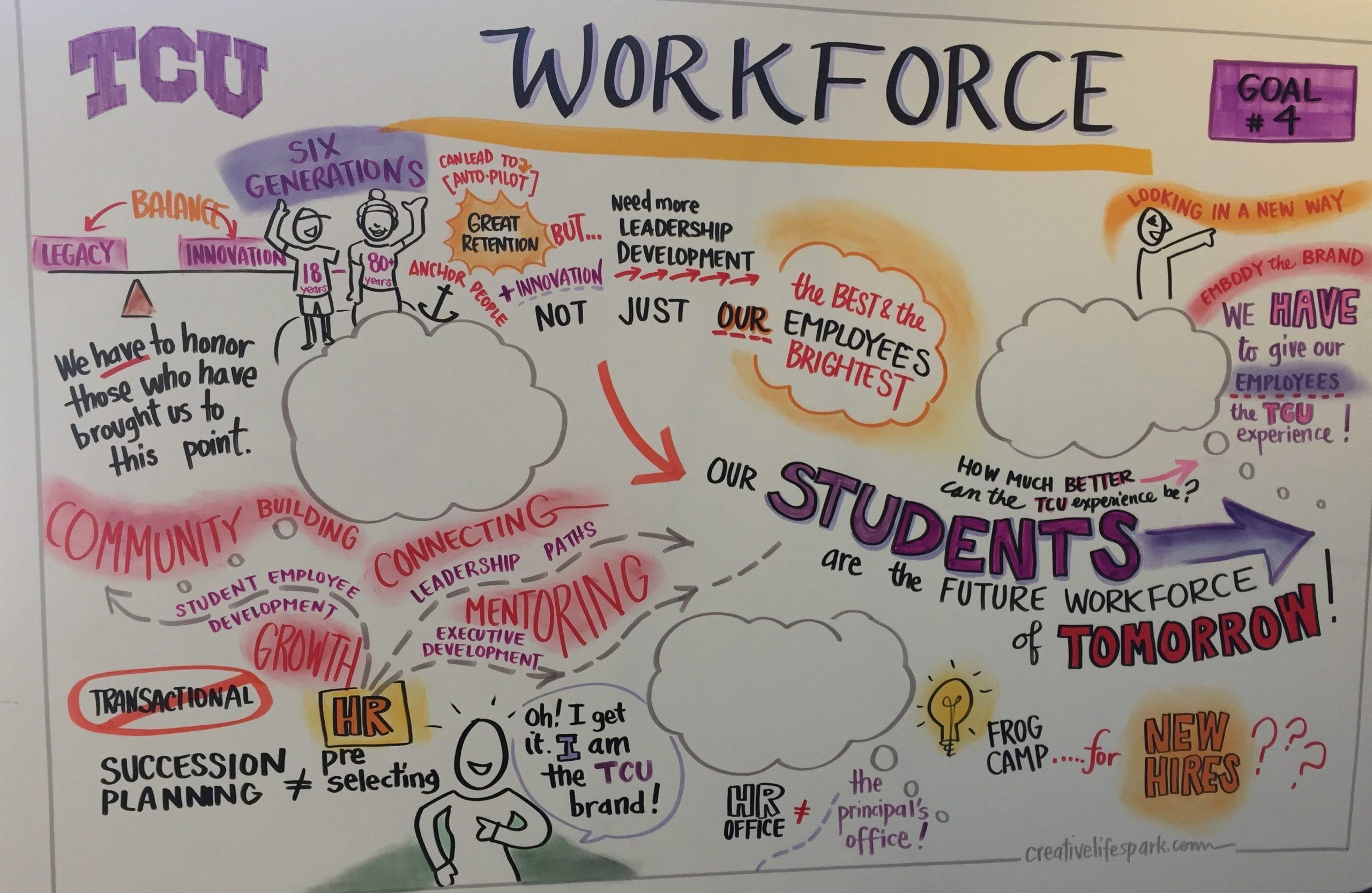 In order to help house more students, the board approved construction plans for two new residence halls. Boschini said the new buildings will be in the Worth Hills area, facing the current Hayes residence hall, and will provide 301 additional beds in suite-style configuration. Construction is set to begin spring 2018 and open in time for the fall semester of 2019.

“We want to have everyone on campus, that’s the ultimate goal,” Johnson said. “We have striven to reach freshman and sophomores, and I think we’re there. We’re full, but we’ve got some junior and seniors as well. We want to continue to move in that direction.”

The board also approved plans for a new fine arts building which will include classrooms, design studios, testing and construction labs for textiles, archival storage for textiles, faculty and support offices, student study space and meeting rooms. Construction will begin February 2018 and is anticipated to be completed in time for use in the fall of 2019 semester, Boschini said.

A School of Music performance hall will also be added on the east side of campus. Johnson said he thinks the performing hall will be a “statement” building on that side of campus. It will include a 700-seat performance hall and rehearsal rooms for orchestra, band and percussion. Other rooms include a green room, a dressing room for performers, offices and other individual practice rooms, Boschini said.

“I think it’s going to be very appealing,” Johnson said. “It will serve a music program that has built a tremendous reputation around the country as being first class. We want to get them the facilities that they deserve.”

The football stadium will also see an update in facilities as part of a construction project. The expansion calls for two new levels of luxury seating above the current upper deck and will include premium-level seating up to 1,500 seats and as many as 20 suites. Construction is targeted to commence May 2018 with completion prior to the start of the 2019 football season, according to Boschini.

Johnson also said the board talked about future plans for construction near Bellaire Drive that will include a new administration building and a restructuring of the Honors College to concentrate the area and provide more classrooms. He also said there were long-term plans to expand the Brown Lupton University Union.

As for the financing of these projects, Johnson said some will be funded with university capital. Boschini added residence halls are almost always paid for by the university because the students end up paying for them.

For the other construction projects, Johnson said there are fundraising stipulations in the resolutions so the construction can’t proceed until the binding commitments have been received.

Johnson said TCU signed the final collaboration agreement with UNTHSC to work with them on the new medical school. They are also moving forward in the accreditation process, which Johnson said is “tremendous.”

“We moved it out from an accreditation standpoint to give everyone a little more time,” Johnson said.