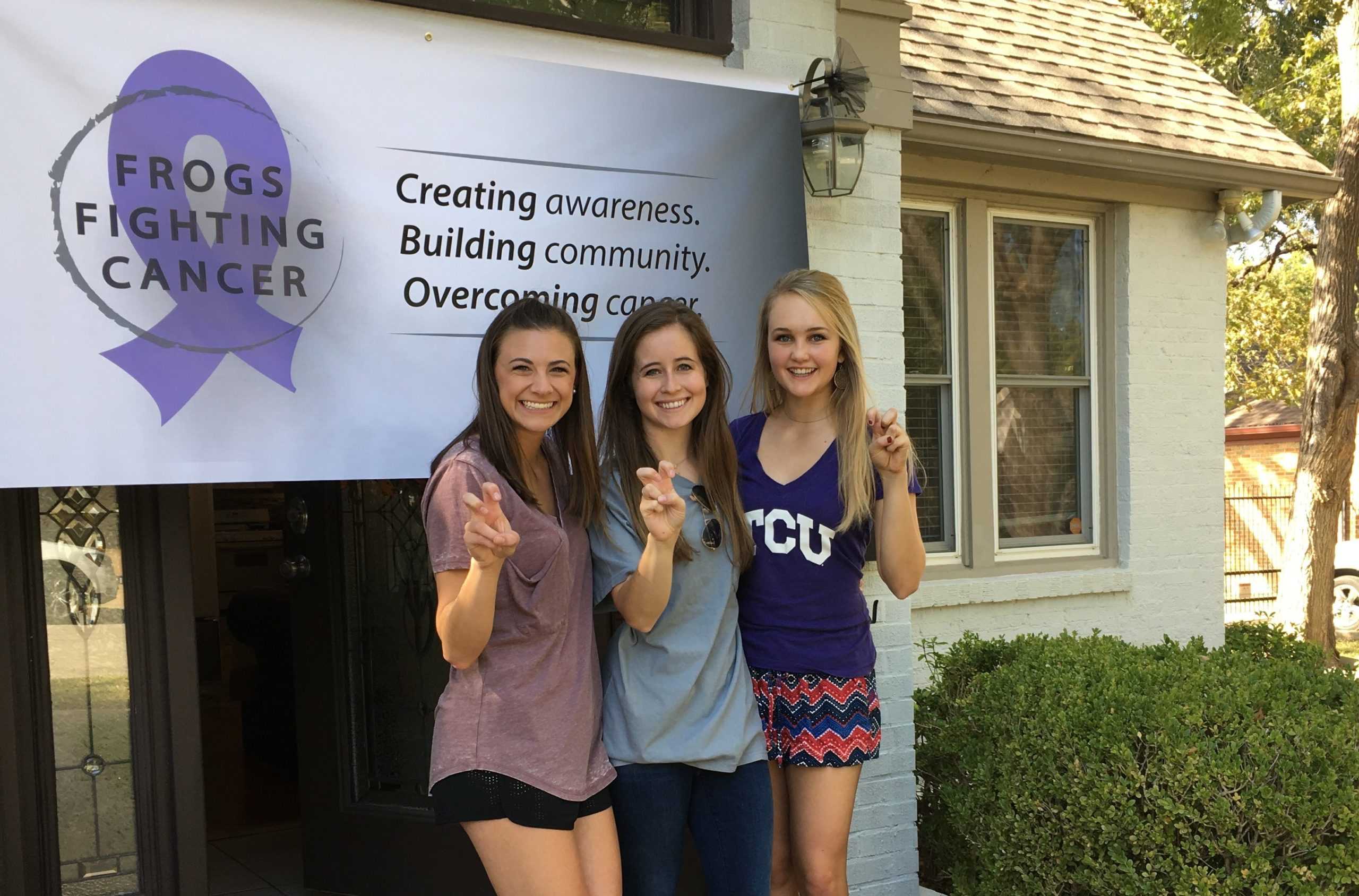 Frogs Fighting Cancer, which was established as an official club on Nov. 1, aims to promote cancer awareness and unite the TCU community to overcome the fight against all types of cancer.

Makenzie Burnett, a senior and co-founder of Frogs Fighting Cancer, said she noticed a gap of cancer supporters at TCU after Ann Louden and Frogs for the Cure went off campus.

“We thought that there was a need on campus,” Burnett said. “This is something we have all been affected by, so that’s kind of why we started.”

Louden established and chaired the student group, Frogs for the Cure, which was an on-campus organization that coordinated events to raise money for cancer research.

While Louden’s and Frogs for the Cure’s legacy revolved mainly around raising funds for research, Burnett said that Frogs Fighting Cancer is taking a different approach.

According to Burnett, the organization’s primary objective is not just on raising money for all cancers, but also spending quality time with people who are experiencing cancer first-hand.

“The focus for this group is more on volunteering and being on the ground, hands-on, actually being with people who have gone through the cancer treatment process,” she said.

Brooke Barlock, a senior and co-founder of the club, said the program is dedicated towards creating a strong community, so people have a place to go if they are struggling.

“We want to create a support group where people can turn to if they’re dealing with anyone who is facing cancer, so that they can have a supportive environment,” she said.

Frogs Fighting Cancer is also looking to volunteer at organizations throughout the community.

“We also want to deal with volunteering at organizations in Fort Worth, like Cancer Care Services of North Texas,” Barlock said. “We want to volunteer once a month and get enough TCU students to really make a difference at those events.”

Julia Zellers, a senior and co-founder of Frogs Fighting Cancer, said she is hoping to see their impact spread beyond the borders of TCU’s campus and into the surrounding community.

“Our goal is to make an impact on the Fort Worth community because there are a lot of people that have to sit through chemo treatments with no one to talk to,” she said. “So we’ve started setting up appointments where we can get volunteers at cancer care services.”

In order to raise more awareness for the organization, Frogs Fighting Cancer is planning to hold one fundraising event each semester.

The first group meeting will take place in January and is open to all students looking to join the fight towards tackling cancer.

“Anyone is welcome to join and come to our first meeting and be involved at any level they want,” Zellers said. “We would love to have you join Frogs Fighting Cancer.”