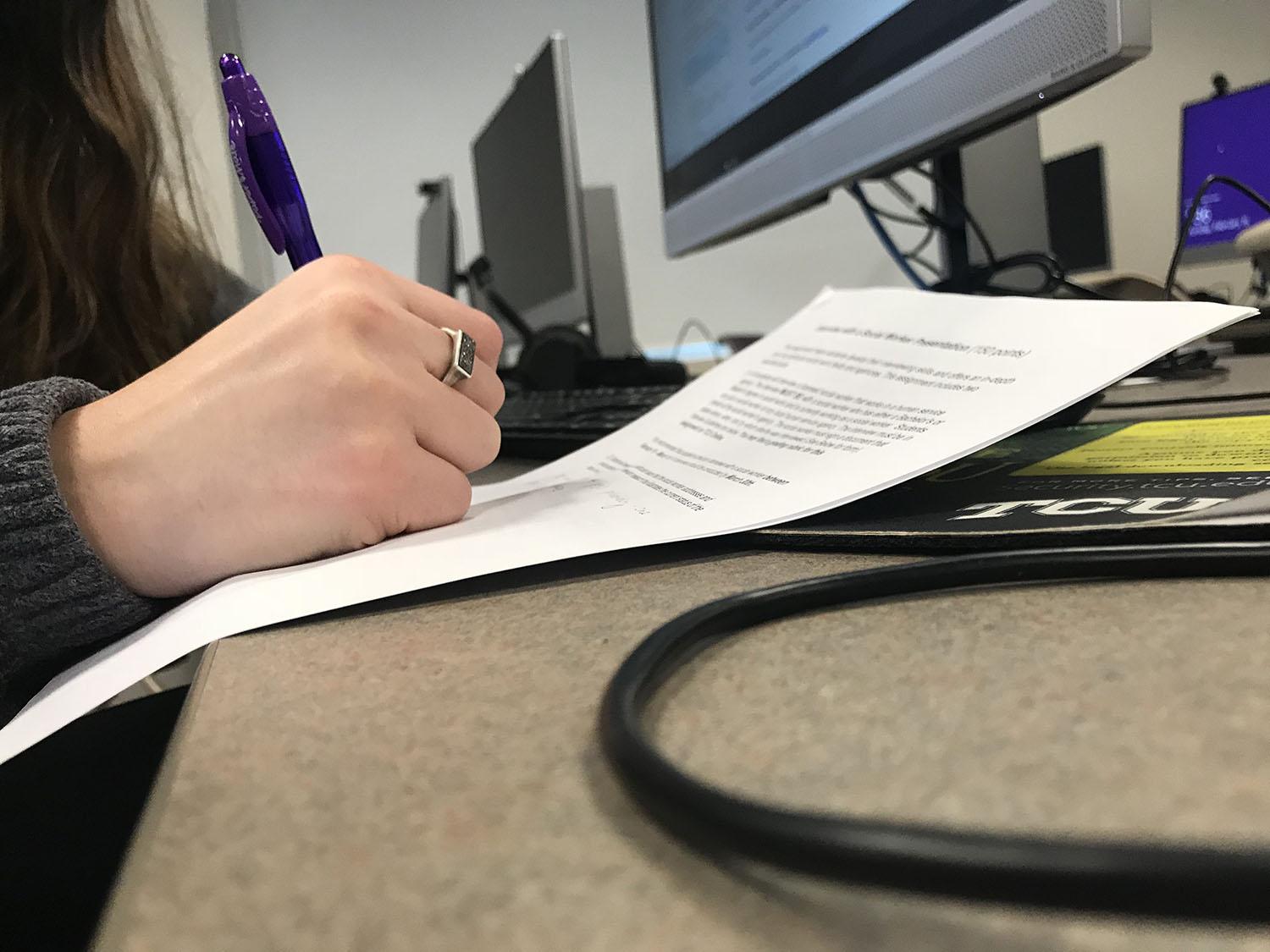 Students enrolled in classes any later than 4:30 p.m. can expect their finals schedule to be slightly altered this semester.

Originally, instructors who taught night classes had to find a common time for all students to take their final, whether that be during the actual class time or another time during the day. Many professors reported that it was difficult to find a two-and-a-half-hour block that coordinated with everyone’s schedule.

After surveying the final exam schedules from almost 30 institutions, the associate deans and University Registrar Mary Kincannon decided to reduce the time between exams from 60 minutes to 30 minutes, create another afternoon exam slot and assign an exam time for all classes beginning at 6:30 p.m. or later.

The associate deans and university’s registrar have been working for several months to revamp the final exam schedule to better serve those students who take night classes.

The model that TCU currently uses dates back to the mid-1990s. Kincannon said revisions were needed due to growth in enrollment and the number of class sections.

Kate Edwards, a sophomore strategic communications major, said that even though her 5 p.m. night class did not interfere with her testing schedule, she wishes she could have taken her final earlier.

“I would rather take it anytime before five,” Edwards said. “After then, it gets in the way of sleeping and studying for other exams.”