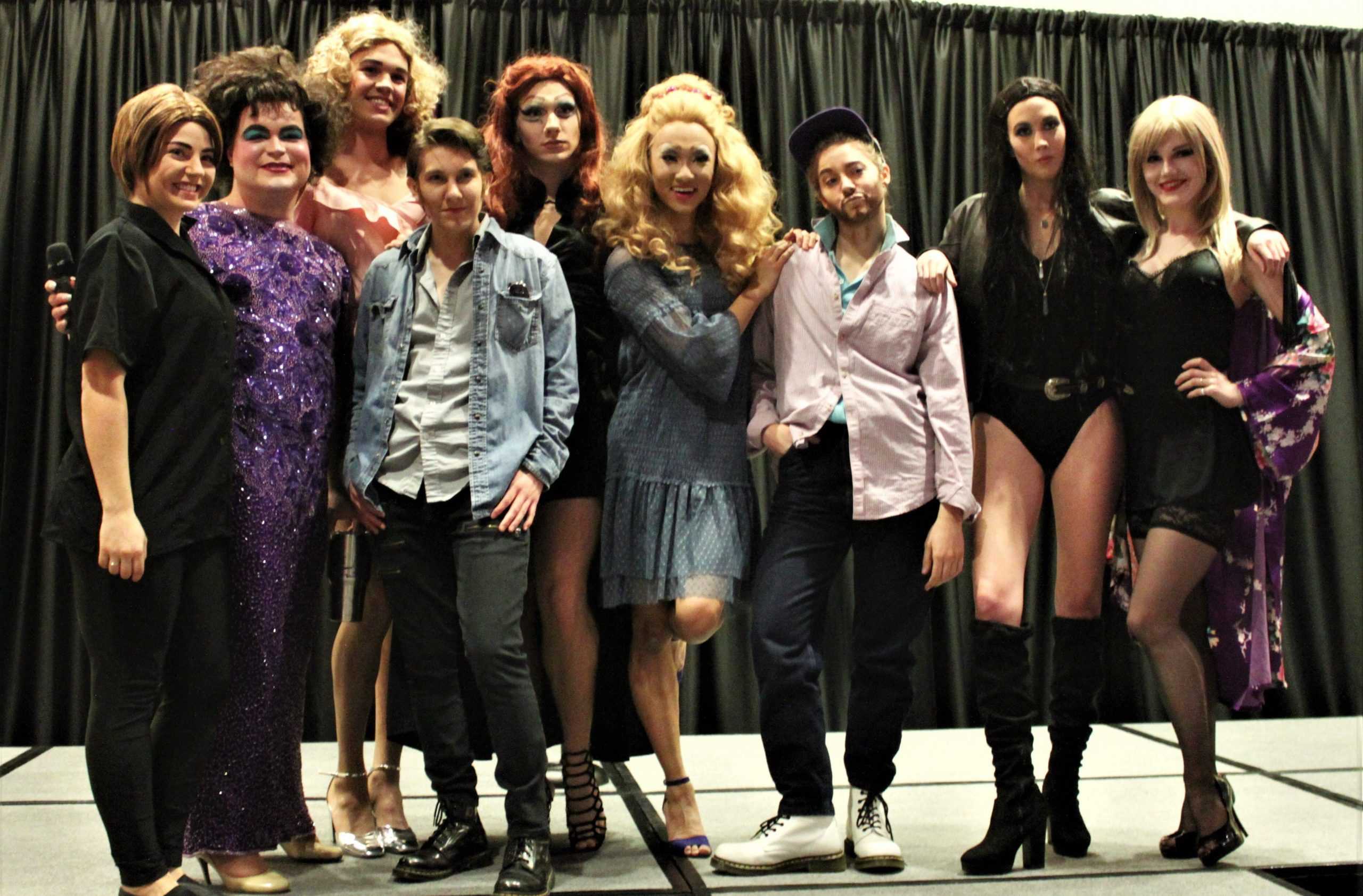 print
Students gathered together Monday to strut their stuff as around a dozen students donned drag costumes to help raise money and awareness for LGBT+ as part of the annual V-Day Campaign.

The V-Day Campaign is “a student-led organization that seeks to end gender-based violence and raise awareness through artistic expression,” according to their Facebook page. The Drag Out V-Week event was aimed specifically at raising money for The Fort Worth H.E.L.P. Center by gathering donations from audience members.

The Fort Worth H.E.L.P. Center provides free STI and HIV testing for people in the community and is a place for wellness.

According to the 2016 STD Surveillance Report, there were more than two million cases of chlamydia, gonorrhea and syphilis reported in the United States, making it the highest number ever recorded.

Last semester, the V-Day Campaign group held the No Violence November which included events like free yoga and an open mic night. This semester for V-Week, the organization held the drag show as well as Cookies with Cupid and a Smoothie King fundraiser to bring knowledge to individuality and to raise money for The Women’s Center of Tarrant County.

The TCU organization is one that incorporates students in different ways. Students help to prevent sexual violence by bringing awareness to the community during V-Week, Feb. 12-17. The week ends with the annual Vagina Monologues Feb. 17 held in Moudy.

Logan Lane, a member of the V-Day Campaign and drag performer, said he drew on experience from his major when performing.

“I’m a musical theatre major so while it is close to what I am used to doing, it was also a bit different,” Lane said. “It was a joy to become someone else and just have fun!”

Artistic Director of the V-Day Campaign, Paige Poe, said she had seen some drag shows in Denton and was excited for TCU to finally do one as well.

Although the organization’s philanthropy is The Women’s Center of Tarrant County, the drag show supported The Fort Worth H.E.L.P. Center due to their collaboration with Spectrum on the event.

“I thought it would be loads of fun and it was unlike anything I’ve ever done before,” said Mattie Davis, a drag performer. “Plus, I got to do it with all my friends!