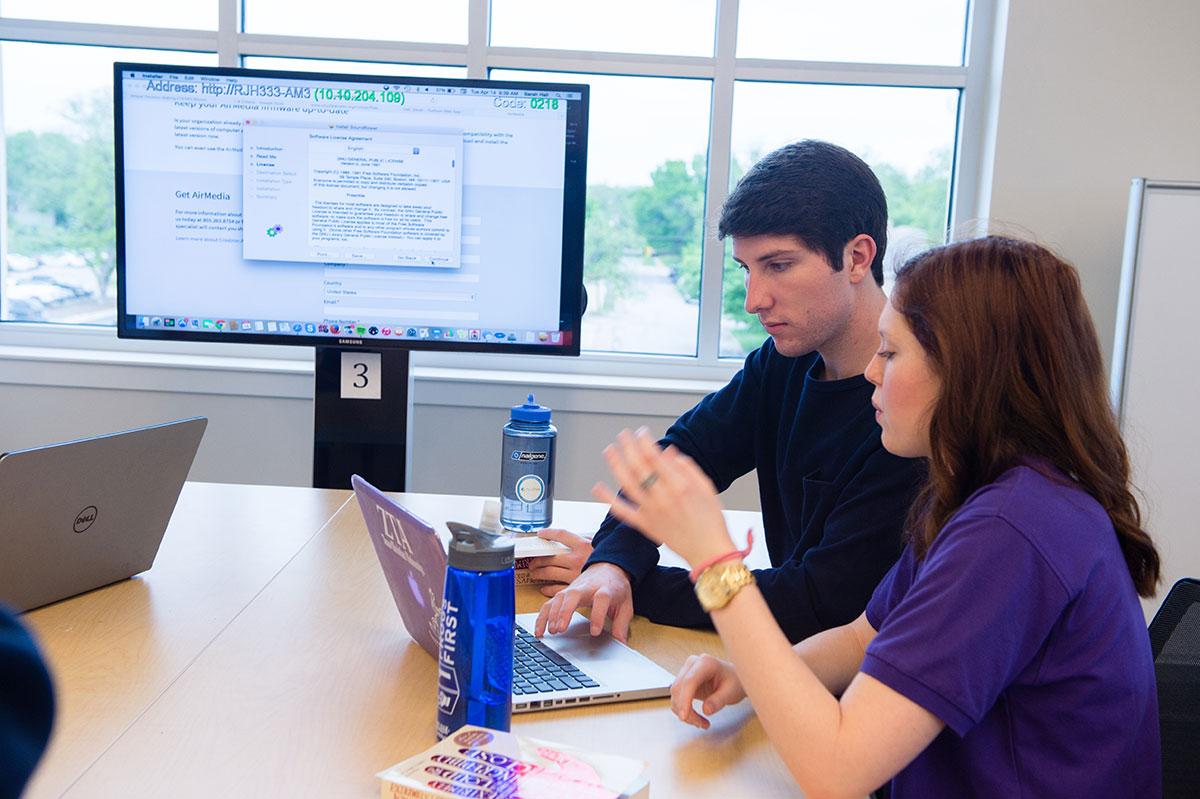 Each second that ticks by in a 50-minute class is wasted when classroom technology fails.

“It kind of sometimes wastes time because if they can’t figure it out right away, then we are just kind of sitting there waiting for them to log in or whatnot,” first-year nursing major Molly Porter said of her professors.

But even more seconds tick by when faculty have to call TCU’s Information Technology Center or Classroom for Instructional Services to resolve the issue.

Spanish Professor David Bedford said he has experienced some classroom technology issues in the past.

“One issue is that the keyboard is small and has the shift key in a funny place,” he said. “Until I discovered that, I couldn’t get my password on there.”

Another difficulty “is that there’s different systems in different buildings,” Bedford said. “It can be confusing when I have to work with a new piece of technology each semester.”

Bedford said he tries to figure out the technology on his own, but when he does call Information Technology or Classroom for Instructional Services for help, they usually come within 10 minutes.

Confusing technology isn’t the only obstacle in the classroom that could waste valuable learning time, but also because of older equipment.

If professors can’t show students the PowerPoints, this dead times means no learning.

PowerPoints aren’t the only thing that keep students from learning important classroom material.

Here’s a list of other problems that multiple faculty members and students have observed in the classroom.

All these classroom issues are multiple reasons why Educational Committee Chair Clark Jones wants to improve the classroom experience.

“There’s a lot of issues that are affecting faculty to do exactly what they are supposed to here, which is come into the classroom and be able to teach whatever style that is,” Jones said. “That is what we want to make sure they’re trained on how to use it and that the students have a great time in the classroom.”

One challenge Jones is trying to resolve is the university’s 10-year technology replacement cycle.

“When technology is changing at rapid pace and we’re not keeping up with technology, where are you going to find replacement parts to fix it?” Jones said.

Bedford said the 10-year cycle sounds a little long to him in the way technology evolves.

“The technology on my electric car evolves a lot faster than that and this is simpler,” Bedford said.

Speaking of fixing things, Jones said another problem is when faculty don’t know if they should call Information Technology or Center for Instructional Services.

So, he and his committee are working to merge the two together.

“Whether it’s the desk, the projector or the computer, we need it resolved so we can get back to teaching,” Jones said.

Chief Technology Officer Bryan Lucas said his goal is to make technology as productive and effective for both the faculty and the students.

“Merging the two departments will leverage not only valuable time in the classroom, but also the two staffs because they both consist of various skill sets,” Lucas said.

Currently, Lucas said he is completing an inventory on classroom space and technology for the next two months and will return feedback to Jones and his team.

Jones said he is excited for the inventory because it will give him and Lucas an indication of how people perceive technology and classroom space.

“Once we find more out, we can start to come up with a game plan on figuring out what is going to be budgetarily reasonable to be able to get to about a five or six-year cycle for technology,” Jones said.

While faculty and students wait for the five or six-year cycle, for now, they’ll just have to be flexible and rely on each other.

“I can figure it out almost as fast, or as fast, as my students do but there’s always something somebody knows that I may not know,” Bedford said. “I like to learn something everyday.”