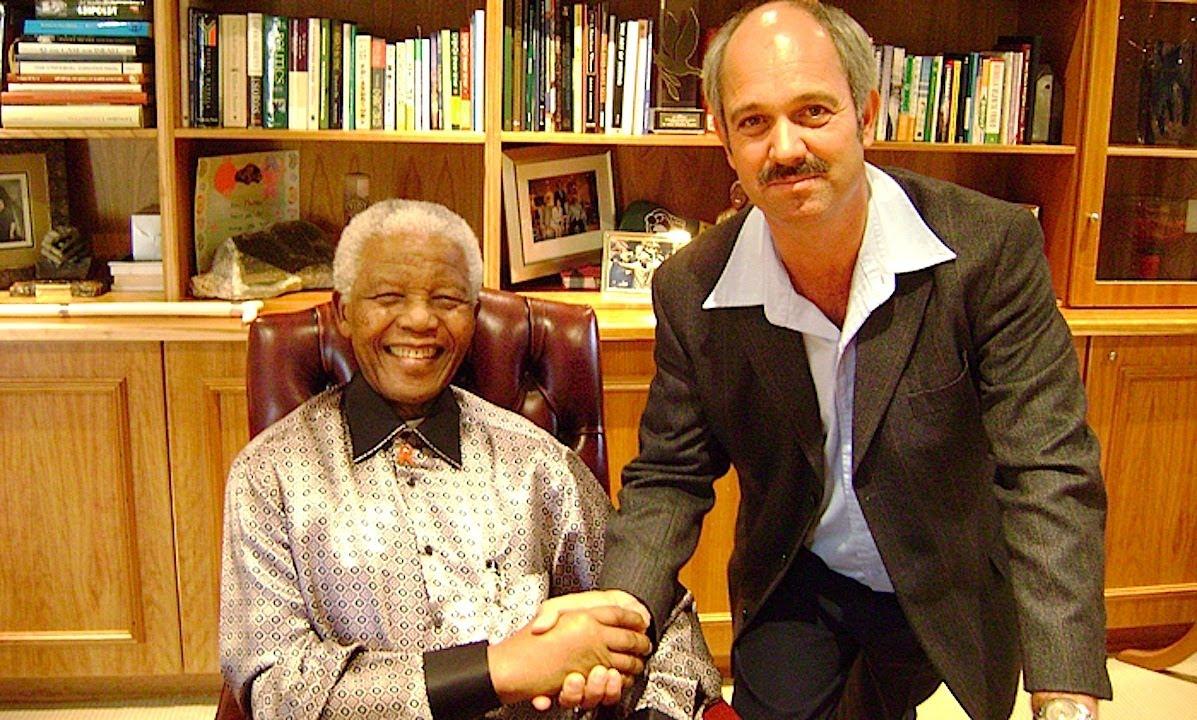 A friendship that seemed to have no chance of ever forming and would have been deemed absolutely unacceptable by many wound up having an everlasting impact on a nation and its people.

Former Prison Warden Christo Brand visited TCU to speak about his unlikely relationship with anti-apartheid leader Nelson Mandela as well as promoting his book “Mandela: My Prisoner, My Friend.”

“I think it’s extremely important that our community hear not just about his time with Mandela but how two people who should have hated each other became friends,” Mike Slattery, an environmental science professor, and fellow South African said following the lecture.

The connection between the aged black man Mandela and the young white male Brand started in a place where men would go to be locked away until the end of their days.

“When I landed in Robben Island, it was very painful to see all the old people and how hard they were working and how things had been handled there,” Brand said.

Sitting on the island was the prison. It was a limestone quarry, isolated, four miles off the coast of Cape Town, South Africa. For over 400 years it was used to keep mainly political prisoners.

“I was expecting criminals, gangsters and people that would be in [prison] for life, but what I found were real human beings there,” Brand said. He said he knew the men had become incarcerated for resisting the government and fighting to end apartheid and discrimination in South Africa.

Brand said conditions and work labor for prisoners were awful, especially considering most of its inmates were elderly, including Mandela who at the time was 60 years old and had already been in prison for more than 15 years.

“How Mandela never got aggressive, how he kept his pride and kept his pride quiet and disciplined to just follow instructions, I can’t believe it,” Brand said.

In fact, he said the attitudes the prisoners had about their sentences were quite content because they believed they were doing the right thing. He remembered Mandela telling him one day that he and his men inside never thought of escape and instead would rather protest from behind bars where they considered themselves to be freedom fighters.

Brand said he himself treated the prisoners harshly and regularly told them they were worth nothing. But there was one day that changed his view of the prisoners – the day he and Mandela became allies.

The young warden was in charge of handling prison visits and he had to supervise Mandela’s then-wife Winnie coming to visit him for a strict 30-minute visit.

Upon her arrival, Brand noticed something strange about her appearance. While it was a cold, wet and windy day, Winnie had wrapped herself in a large blanket and upon inspection at the entrance, he saw that she was carrying her and Mandela’s baby granddaughter.

This was an instant problem as political prisoners were not allowed visits from any children.

Winnie begged and begged Brand to allow Mandela to see his granddaughter but under strict rules, Brand knew he would risk losing his job and if caught, could have been sentenced to prison time for smuggling for a terrorist.

What he did next, he said, was a pure moment influenced only by emotion. He locked Winnie in a closed off room, and took the baby to Mandela, allowing him to hold her for all but 30 seconds. When Mandela took his granddaughter, he began to cry as he kissed her.

Brand quickly took the baby back and returned her to Winnie who had no knowledge of what just happened, and from that moment, Brand said neither he nor Mandela ever spoke about that exchange again while he served his time. It was their secret.

Brand said he never feared being caught and he would continue to do other small favors for Mandela like sneaking him bread and letters that were sent for him to read.

Their relationship would last past the island, too. After serving 18 years at Robben Island, Mandela was transferred to Pollsmoor Prison in 1982 where he would be for six years. Brand was transferred along with him. The transferring, Brand said, meant that one day Mandela could see freedom again.

“You know when prisoners are transferred from a prison where they stayed for many, many years it means it’s on their way to be released,” Brand told his friend.

“It was one of the happiest days of my life,” Brand recalled. “What I remember that made me most happy was when he walked through that grand parade and he lifted his arms to greet the people of South Africa.”

Following Mandela’s release, he and Brand stayed close. Mandela offered Brand a job working in Parliament to which he accepted and they remained friends when Mandela was elected to be President of South Africa.

After a few years of working at Parliament, Brand left to return to Robben Island which had been converted into a museum.  Since 1997 he has worked as a tour guide and shop supervisor. He will retire this year, 40 years since he began his time on the island as a teenager.

Every day that he speaks, Brand said he remembers his friend who passed away in 2013 at the age of 95.

“People mustn’t forget what this old man went through over the years,” Brand said. “How humble he was becoming the top leader of our country and how he was recognized by the world. How all people see Mandela as his biggest hero. We must all never forget what he was fighting for– he was fighting for freedom for human beings. And through that fight, he didn’t look at color, and that is through my story that I can tell the story of reconciliation.”