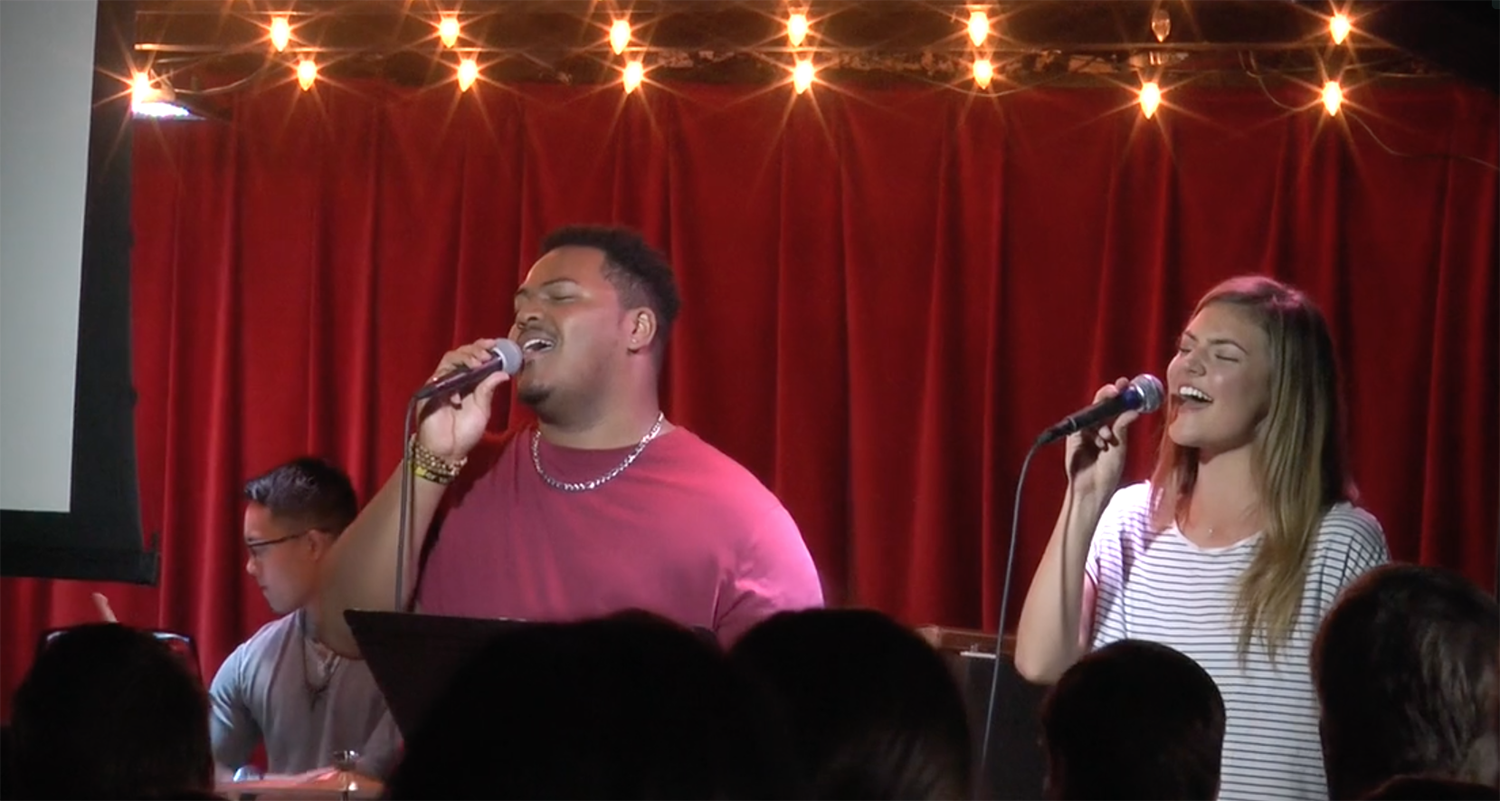 Seven years full of worship, Bibles and barstools have made Christ Chapel one of the biggest college ministries in Fort Worth, but church in a bar is coming to an end as The Aardvark closes its doors.

Inside The Aardvark, a local bar and music venue, senior nursing major Marcus McGarity’s voice is strong, but not because of alcohol or the late night crowds.

It’s strong, because of his faith.

“Singing is my method of worship and how I connect most to God,” he said. “I’m using my gift that I have to help lead others in worship, so that we can all worship together.”

While most people think worshiping is in a chapel or some kind of formal place, about 250 students walk into the local bar off of Berry Street to attend church.

“We’re not drinking, but we’re for sure having church,” he said. “I also live in Grandmarc, so I literally walk across the street to come to church, which makes it so much easier.”

Would you be more willing to attend church or a non-religious meeting if your commute was less than five minutes?
Created with PollMaker

McGarity said the bar’s location is convenient, but it’s also a familiar environment for non-believers to come to church.

“I’ve heard stories where people who were just there at two in the morning and came right back for church,” he said. “I think it’s super awesome.”

Christ Chapel’s College Pastor Josh Storie said he thinks the bar is also a cool place because he’s seen students show up that have never gone to the big churches because it seemed scary to them.

“The bar tears down the preconceived notion of what church is because a church isn’t a building,” Storie said. “It’s gathering of God’s people.”

The college service at The Aardvark has a rustic feel, McGarity said.

“There are some lights and there are some chairs because you makeshift into a church,” he said. “If you ever come, you hear people say we are just a room full of broken people who need a savior. We don’t need anything fancy.”

However, this rustic environment wasn’t always the church’s plan.

“The Aardvark service was really designed to be a temporary six-month fix to a space problem at the main church, and now it’s been seven years,” Storie said. “It’s sad to see The Aardvark close.”

Once Storie and his team learned the bar was closing, they tried to buy the building in December, but the landlord wasn’t interested in selling it to them.

But this era doesn’t have to completely end because just about 50 steps behind The Aardvark is a deserted medical clinic that Christ Chapel is planning to bulldoze and build a new place to call home.

“Our big hope is to just figure out what does the TCU community need,” Storie said. “What would be a blessing for students, faculty, organizations, fraternities, sororities or anyone who is in this community.”

For now, Christ Chapel doesn’t know how big or what the new building is going to look like or offer, but Storie said he’s excited to see what God has in store.

“It’s a little bittersweet definitely because this is where we started and I came as a freshman and really found out about Christ Chapel,” McGarity said. “It’s going to be bittersweet, but it will be awesome to have a brand new facility.”