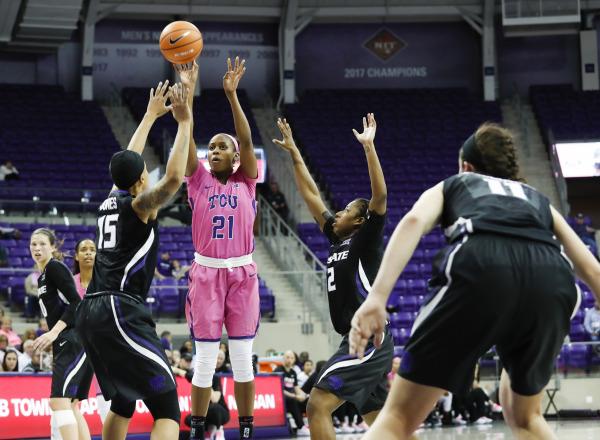 She signed Thursday with the Southern Peninsula Sharks, who compete in the state of Victoria’s top league. She will join the league shortly after she graduates with a degree in communication studies May 12.

“I’m blessed and grateful for this opportunity to play the game that I love professionally,” Coleman said. “I want to say thank you to my coaches, teammates and TCU for helping me grow and learn from so many people.”

Coleman had a career year in her final season with the Horned Frogs, starting for the first time and posting career highs in points, rebounds, steals and assists.

“This is an opportunity earned and well deserved; we are to the moon happy for Syd,” head coach Raegan Pebley said. “She is a testament to trusting the process and hard work.”

Coleman and former guard Toree Thompson were the team’s lone seniors during their 2017-18 season. Pebley talked throughout the season about how important their leadership was to the team’s success on the court.

“Our two seniors are really really special women,” she said after the senior night game against Baylor in February. “We talk about in our program that basketball is not who you are, it is what you do with who you are, and these two women are a lot of what our culture is about.”

Coleman will join the Sharks in the midst of their 18-game season. They are currently sitting in third place with a record of 3-1.