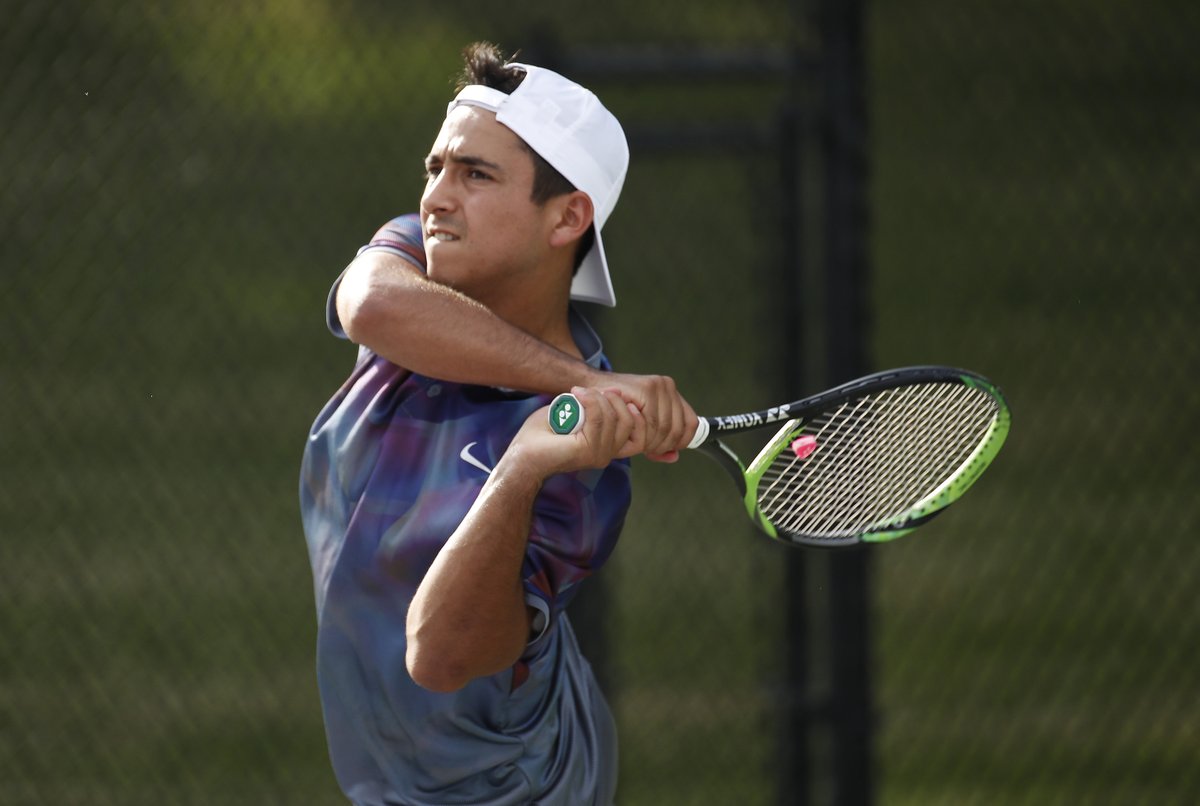 “Our fans and our alumni came from all over the country and enjoyed one of the most fun days in TCU program history today,” head coach David Roditi said.

The match was delayed by weather and eventually moved indoors due to lightning, but that didn’t slow the Frogs.

Bertus Kruger and Reese Stalder defeated Oklahoma’s James Davis and Max Stewart 6-4 to secure the doubles point for the Frogs, who jumped out to an early 1-0 in the match.

Stalder then defeated Stewart in singles play 6-2, 6-1 and picked up his second win of the evening.

TCU’s Trevor Johnson picked up a win on court two before Oklahoma’s Ferran Calvo defeated No. 48 Alastair Gray 6-4, 6-1 to keep the Sooners alive.

Despite the late drama, Kruger came through for the Frogs on court six, beating Oklahoma’s Stefano Tsorotiotis 6-2, 6-4 to clinch a 4-2 win for TCU.

“What a day for our program,” Roditi said. “[Oklahoma] have been winning so much and we knew it was going to be a battle and it was a battle like it always is.”