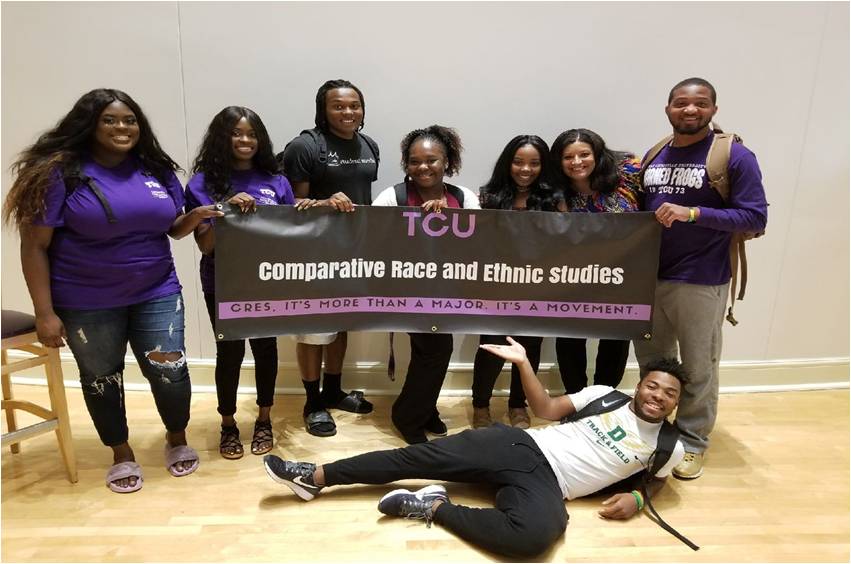 print
TCU is making plans for a new interdisciplinary unit that would be in place by the fall and likely prompt the Comparative Race and Ethnic Studies program to move to it and out of the AddRan College Of Liberal Arts.

Plans for the interdisciplinary unit were announced last month, in the days following the Board of Trustees meeting. Provost Nowell Donovan announced the plans in an email to faculty and wrote that the unit will be led by the newly created position of associate vice provost and dean of interdisciplinary studies. The new unit is expected to include programs such as Women and Gender Studies, Ranch Management, as well as FrogFolio and the Idea Factory.

The search has already started for that new associate vice provost and the position is expected to be filled by June 1. Although CRES faculty have agreed to the move in principle, some CRES majors aren’t sure that a move from AddRan is in their best interests.

“I, and a lot of other students are putting a lot on the line to declare CRES as a major considering it has no real credibility as it’s first year up and running,” said CRES Ambassadors Executive Committee President sophomore Tymerra Coleman. “For them to go move us, from AddRan, which is an established, credible college within TCU, to move us into this new interdisciplinary unit, whatever that is, is like a slap in the face.”

Donovan said the new unit will help centralize the operations of the university and to increase programs effectiveness.

Donovan said that the move could help CRES get more support from the rest of the colleges on campus.

“If the mission is for the whole university and yet it’s embedded in only one college the other colleges are not interested in it,” Donovan said.

The CRES program leadership announced Monday that they would officially begin negotiations with the provost’s office to determine the terms of the move into the new unit in a way that would be “mutually beneficial.”

“The group believed, and I agree, that entering into negotiations to move into the new unit represents the best way to position CRES for ongoing growth and success,” CRES Program Director Max Krochmal wrote in an email to CRES core faculty and staff. “It is scary, but we haven’t come this far by playing it safe. We must continue to take bold action in order to win the resources CRES needs to do right by our students, faculty, staff, and community.”

Those negotiations started with a four-page memorandum from CRES leadership to the provost of the things they want to see happen for the program.

“Some of which will happen, some of it probably will not,” Donovan said. “They’re like every other institute on campus, they asked for more than we can afford so that’s going to have to be some horse-trading.”

Donovan added that he was impressed by the “vigor” of the program leadership and noted that the June 1 budget for includes two positions for CRES devoted professors to be hired for the fall of 2019. Two lecturers will be hired in the fall to teach while the search for the professors is conducted.

Coleman said she and other students were told that CRES was on track to become a full department within the AddRan college.

“I didn’t sign up to be an interdisciplinary unit,” Coleman said. “I get very frustrated over this because this is my life. This is my degree. I’m a first-generation college student. I’m relying on this degree to provide me with the life I didn’t have growing up.”

Donovan has said CRES has the option to stay in AddRan.

Coleman said a move underscores a consistent lack of interests in students and in the program.

“It feels very lazy,” Coleman said. “We’ve been getting professors who have just be thrown into these roles to teach these CRES classes that aren’t equipped to teach them and that’s not fair to students.”

Krochmal, however, disagreed. He said that a lot of the work faculty and staff put into the program students don’t see.

“The faculty and staff who have built CRES have invested an extraordinary amount of time and energy and effort into it,” Krochmal said. “We have over 50 core members who invest their time– hours and hours of it.”

While CRES has no fully dedicated faculty members, there are faculty from different colleges across that campus who teach CRES attribute courses, classes that count towards the major.

This mixed background is something first-year student Tucker Wilkie, a CRES and political science double major, said he found “phenomenal.”

“The instructors are just so wonderful and it really is the best out of each of those departments here that are willing to teach those courses,” Wilkie said.

While TCU’s program is still in the fledgling stage, other universities, such as Clark University in Worcester, Massachusetts and the University of Chicago, have long-established programs.

The push at TCU came about in 2015 when a group of students approached Krochmal and said there needed to be more classes that talked about race and culture at TCU.

For Coleman and other students in CRES, its student-led orgin is part of what’s so appealing about the program.

“A lot of the strength of CRES comes from the students,” Coleman said. “The other majors weren’t founded by TCU students, but this one was.”

Wilkie said he sees this legacy as a positive influence in his education.

“One of the greatest advantages of being in the CRES program is being surrounded by so many student leaders,” Wilkie said. “It’s just a strong group of leaders that are willing to step out.”

But Coleman said students aren’t as welcome to be involved anymore.

“I’m not sure if they share that same vision for CRES to be student-led and student-initiated,” Coleman said. “We’ve been kept out of the loop a lot. I don’t want it to be that way for this major because we have a completely different foundation.”

Krochmal however said that this student-led history isn’t exactly how it happened.

“Students did provide much of the impetus for CRES, but it was faculty and staff who did most of the labor,” Krochmal said. “I think it was very important that students provided the impetus and it’s a good thing that students are calling for more resources for the program, but I coined the term CRES. A committee of faculty and staff refined it into what it’s become.”

Still, Coleman wants students to have more of a say in the decision making process in order to protect their education.

“Everybody that serves on the CRES executive committee has a degree and we do not so we want to make sure our degree is solid and it’s sustainable and it’s well represented and it’s credible and I think they have lost sight of that and that’s what most frustrating,” Coleman said. “It’s as if we shouldn’t have a say in our own collegiate experience, which doesn’t make sense to me.”

Coleman said she and other CRES students told CRES executive committee members they want to be on more of the committees; including the search committees for new faculty and award committees. Krochmal said this is being considered.

“Faculty governance is a slow process,” Krochmal said. “It was two meetings ago that students brought that as an idea to us and so we’ve had one meeting since at which students were present. I think there is a sense among core members that that is something we should do, but it’s unprecedented. I don’t know any programs that run like that.”
Coleman, however, said that CRES administration needs to do a better job of actively communicating with students and inviting their input in decisions.

“If your interest was genuinely in students you would have been eager to have them on that search committee,” Coleman said. “It seems like a lot of people who work on CRES admin have their own motives.”