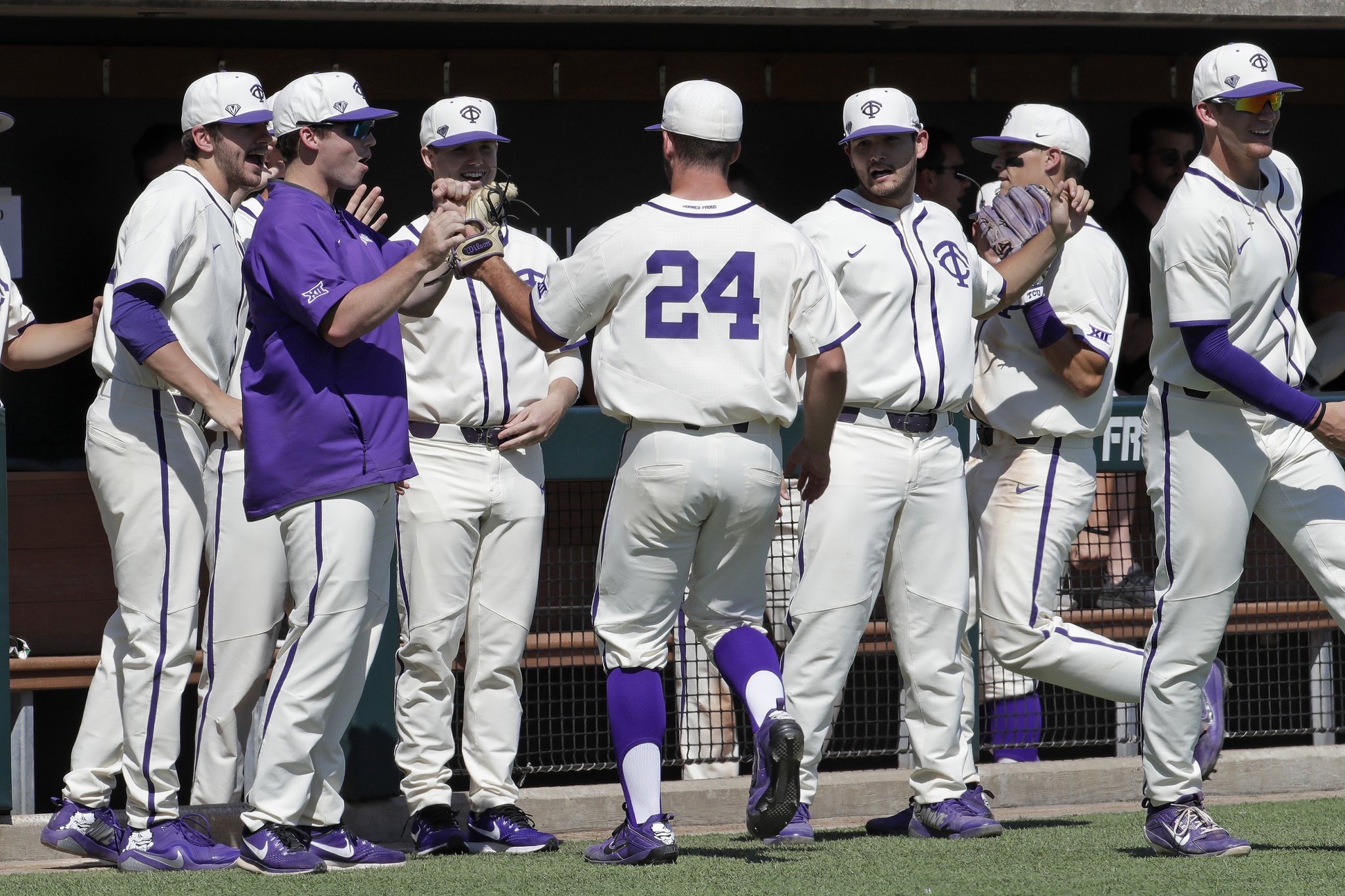 print
After being locked at four runs through eight innings, TCU baseball scored four runs in the top of the ninth en route to a 8-4 win over Stephen F. Austin (SFA) Tuesday night.

Michael Landestoy was the star of the night for the Frogs as he went 3-for-5 with one home run and four RBIs.

In the ninth, SFA delivered four straight walks to the Frogs. A.J. Balta’s free pass with the bases loaded gave the Frogs a 5-4 lead. All other walks eventually scored with a Landestoy two-run single to center field and a wild pitch allowing Balta to score, making it 8-4.

TCU opened the scoring in the first inning after a leadoff walk to Coby Boulware. Boulware eventually scored off a base hit from Landestoy, giving the Frogs a 1-0 lead. The Frogs added another run in the second, making it a 2-0 lead.

SFA answered with three runs in the third and fourth innings, giving them a 3-2 lead. The Lumberjacks loaded the bases in the second with zero outs and TCU pitcher Trey Morris took over with no outs and got three ground balls to limit it to just two runs. In the fourth, the Lumberjacks took the lead on a two-out, bases loaded wild pitch.

The Lumberjacks tied the game at four in the bottom of the seventh inning after three singles from their first four batters.

In the nine games since the start of May, the Horned Frogs have averaged five runs per game. The team is 8-1 in those games and have nine wins in their last 10.

The Horned Frogs head to Austin for the final series of the regular season against University of Texas at Austin. First pitch is set for Friday night at 6:30 p.m.

Alexa is the Audience Engagement Editor for TCU360. She is a journalism major and Spanish minor from Orange County, California. In her free time, Alexa loves reading about and watching sports.