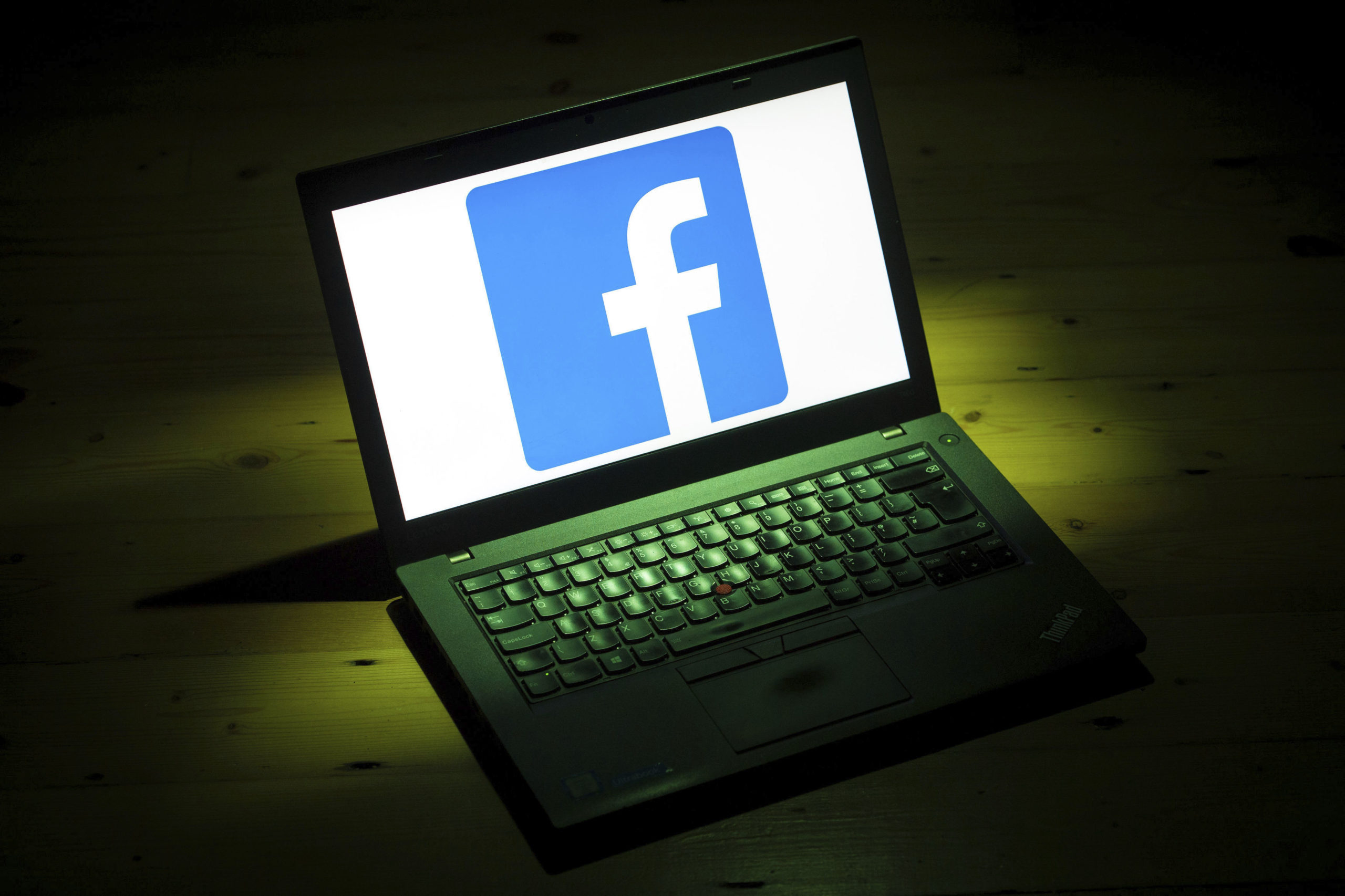 Recent attacks by Russia have left the United States battling on a new front.

From the 2016 hacking of the Democratic National Committee to recent attempts by the Russian spy agency GRU to infiltrate American think tank systems, these attacks aren’t fueled by the brute force and nuclear arms that defined the Cold War. Under the direction of President Vladimir Putin, Russia has re-ignited its ideological battle with the West by waging a more insidious offensive: intrude on Western democratic processes and meddle in nations’ politics.

“We’re at war,” said Heather Conley, author of “The Kremlin Playbook,” and director of the Europe Program at the Center for Strategic and International Studies in Washington. “We just don’t know it.”

Conley said today’s weapons of choice are social media networks like Facebook and Twitter, and the battleground is public opinion. But whether the public and government leaders fully understand—and are ready to combat this threat—is a different story.

The recent flurry of cyber conflict dates back more than 10 years to 2007 when cyberattacks traced to Russian IP addresses crippled Estonia. More recently, Russia attempted to influence the outcome of France’s 2017 presidential election. Their strategy was simple: use social media to sway public opinion toward candidates and issues that favor the Kremlin’s agenda.

The tactics—establishing fake accounts and using software to trigger the release of misinformation—have ushered in a new era of propaganda. This new generation warfare targets existing societal tensions while exploiting the benefits of freedoms like free speech.

But these tactics are not new. They are centuries-old tactics—old news in a new guise—with roots in the Soviet era.

A Century of Tension

The U.S and Russia have been at odds since the Russian Revolution of 1917 when the Communist Party—under Vladimir Lenin—was cementing its position as the dominant political force of the Soviet Union. Using pamphlets, posters, radio broadcasts and other media, Soviet leaders extolled the virtues of a centralized, command economy while warning against the vices of capitalism.

Lenin had also founded an organization to propagate communist ideology internationally and to raise Russia’s world standing. They sponsored labor and student organizations that transmitted positive messages on communism to sympathetic ears in the West.

This laid the foundation for an ideological battleground that would later ignite the Cold War.

As the nuclear arms race escalated, it began to cripple the Soviet economy. While it put strains on the Soviet Union’s ability to surpass America’s pace of weapons development, Soviet leadership attempted to gain an upper hand through “active measures.”

These measures were strategies to influence world events through covert, clandestine actions. Soviet intelligence agencies and operatives were recruited to wage political warfare on the United States through media manipulation, assassinations of dissidents, and even counterfeiting official documents.

In 1981, the Soviet Union created a forged letter that attempted to portray the U.S. as an untrustworthy ally. The letter—purportedly from President Reagan—to the King of Spain, appeared to show the U.S. putting pressure on Spain to join NATO at a time when Basque separatism sentiment was plaguing Spain’s domestic politics.

In 1985, CIA Director William Casey described in a memo the threat that Soviet active measures posed to the United States.

“Most of these active measures are not new.”

“Most of these active measures are not new,” Casey wrote. “Many of them were employed by Lenin and Stalin and by others throughout history. At no time in this century, however, have these techniques been used with more effect or sophistication than by the current Soviet state.”

The attacks come as Russia is once again trying to enhance its global position, having lost influence with the collapse of the Soviet Union. Under the direction of President Vladimir Putin, the Russians have re-ignited its ideological battle with the West. The effort to undermine Western governments and society goes well beyond the 2016 presidential election and this year’s midterms.

Russia’s meddling isn’t limited to the U.S. The Kremlin has a pattern of using political, economic and social tactics to affect policy, hacking into websites and interfering with elections on a global scale.

John McLaughlin, former acting director of the CIA under President George W. Bush, said Russian strategies can be categorized in three ways: what is said publicly (outright actions, such as military campaigns); what is said publicly, but not acknowledged (activity blamed on the Russians that they don’t admit to); and what is done, but didn’t want seen (covert actions by the Russians).

Germany faced a social media-fueled propaganda attack in 2016. Looking to exploit tensions over Germany’s acceptance of refugees, Russia fabricated a story about Arab immigrants raping a teenage girl, known as the Lisa case. This and other false narratives promoted by Russia helped to divide Germany over its immigration and refugee policies.

Researchers at the Oxford Internet Institute found evidence of bot activity—or posts by programmed social media accounts that mimic real users—and hashtag campaigns for three days during the second round of the 2017 French presidential election campaign.

They noted that 25 percent of news links on Twitter “were based on misinformation.” The information was “identified as deliberately false” and expressed “ideologically extreme, hyper-partisan or conspiratorial” views with “logical flaws and opinions presented as facts.”

In another study, the Institute determined that Sweden was flooded with false news reports in the run up to its election. Researchers found that 22 percent of shared URLs linked to junk sites, but only 1 percent of them could be traced to Russia.

Before the Internet age, disseminating news required a printing press or broadcast studio. Journalists were gatekeepers, deciding what information the public should know. The internet’s global reach and the democratization of tools that amplify voices, however, undercut this role. Social media further allowed anyone with internet access to share information at unprecedented speeds.

This shift provided the public with a multitude of options when it came to news. Instead of relying solely on traditional media sources, consumers began tailoring their personal news feeds—whether on Twitter or Facebook—to their own interests.

“The indictment alleges that Russia ‘had a strategic goal to sow discord in the U.S. political system.'”

The Russians took advantage of this shift during the 2016 presidential campaign. In February, the Justice Department named the St. Petersburg-based Internet Research Agency among the Russian entities indicted for scheming to interfere with the 2016 election. The indictment alleges that Russia “had a strategic goal to sow discord in the U.S. political system.” It also noted that the Russians began their operation in 2014.

The Internet Research Agency operatives posed as Americans and tapped into longstanding divides on topics like immigration, race and the second amendment on Twitter. They deployed bots to promote rancorous debate. This tactic extended to closed networks on Facebook.

According to a report released by Democrats on the House Intelligence Committee, Russian operatives produced more than 3,000 targeted Facebook ads. In November 2017, Facebook identified as many as 150 million Americans who were exposed to Russian propaganda in the previous two years. 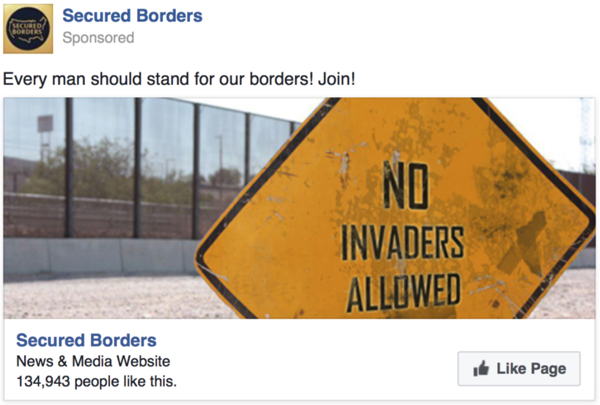 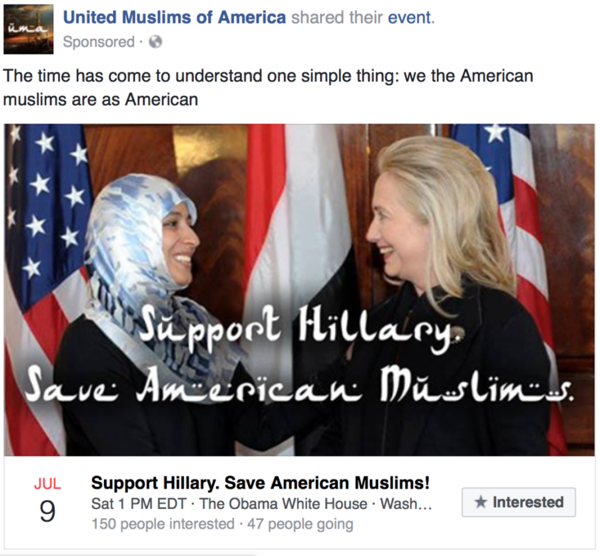 These are an example of the nearly 3,400 Facebook ads the government said were placed by Russian agents.

As a result, deep misunderstandings of political matters emerged, said Clint Watts, a Senior Fellow at the Center for Cyber and Homeland Security at George Washington University. Watts, who is the author of Messing with the Enemy: Surviving in A Social Media World of Hackers Terrorists Russians And Fake News, notes that Russians were indiscriminate in their disinformation campaigns, targeting both users who leaned politically to the left and to the right.

Watts said Russian operatives used social media networks to adopt “American” personas in order to flooded feeds with divisive posts around the clock. Many Russians were recruited to join “troll farms,” where users worked in concert to generate online traffic aimed at sowing chaos and to spread misinformation.

The best defense is education

Russians have been taking advantage of vulnerabilities that have surfaced as a result of the way the Internet is unregulated in the U.S. While the U.S. has focused on cyber security, the Russians have looked for ways to exploit the web’s communication capabilities. Their understanding of the web’s potential to influence people is underscored by the creation of Roskomnadzor—Russia’s Federal Service for Supervision of Communications—which censors internet outlets and social media sites.

In the United States, the First Amendment bars the government from regulating most speech. Russian operatives have also taken advantage of this freedom to post incendiary comments with relative impunity. In recent months, Congress and the White House have warned of the possibility of regulating social media, but experts say education is the key.

“People in this country need to have a lot more media literacy,” said Andrew Schwartz, chief communications officer at CSIS.

McLaughlin agrees that the resolution lies within the power of education.

Sweden has a media literacy program that includes teaching students as early as the third grade to look at news with a critical eye in order to differentiate between what is real and what is fake.

Gabe Rottman, director of the Reporters Committee Technology and Press Freedom Project, thinks the U.S. should do something similar. “Invariably, it comes back to a civics education issue,” he said.

While it is important to monitor leadership and accountability among our nation’s institutions, change in media literacy lies within the discretion of the people.

It’s not just a matter of shutting down the system, but rather, shutting down minds and teaching people to think critically, which means not believing everything they see is true, Conley said. 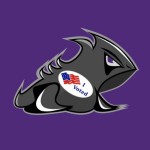 As a part of the multiplatform capstone course in journalism, these students participated in Reporting on International Affairs, a CSIS Practicum in Journalism.