We’re back and we’re reading – everything from “The New York Times” to the “The Associated Press.” We’re trying to help you keep up with the rapid pace of politics and everyday news. Today, we’ve got Bernie Sanders announcing his 2020 campaign, several states suing President Donald Trump, the death of a fashion icon, and SeaWorld guests getting stuck on a ride.

Vermont Sen. Bernie Sanders announced Tuesday that he is running for president again in the 2020 election, according to The Associated Press.

“Our campaign is about transforming our country and creating a government based on the principles of economic, social, racial, and environmental justice,” Sanders said in his announcement.

Some concerns surrounding the success of his campaign include how other democratic candidates, such as Sen. Elizabeth Warren of Massachusetts, are advocating for the same rights.

Sanders told news outlets that he believes he will win the election with the help of his supporters from the 2016 election and plans on broadening his supporter base.

“If we are prepared to stand together, there is no end to what the great people of our nation can accomplish,” said Sanders.

Sixteen states filed lawsuits against President Donald Trump for his plan to use emergency powers to obtain funding for the border wall, according to The New York Times.

Each lawsuit says that Congress has the power to distribute funds for the US-Mexico border wall, not President Trump.

The funds that President Trump plans on using for the border are being extracted from areas that affect the economic climate of some states.

At least two additional lawsuits are expected to be filed later this week.

The creative director of Chanel dies at 85

The designer had been ill for several weeks and did not come out to bow at Chanel’s show in Paris, according to The Associated Press.

Lagerfeld was involved with the creative direction for high-end brands such as Chanel, Fendi, and his own brand Lagerfeld.

Salt Lake City police are investigating a video that shows a gay man being assaulted by an unidentified suspect, according to the New York Post.

The victim, Sal Trejo, posted a video of a man who was shouting homophobic slurs at Trejo and his friends before the man attacked Trejo.

Trejo said this incident has been difficult to process emotionally and wants others to know that the unidentified man’s actions are not okay.

“If you do this to somebody… you are going to be held accountable for your actions,” Trejo said.

Salt Lake City police have scheduled an interview with the unidentified man in the video and said that he can potentially face charges.

A video went viral of an intoxicated JetBlue passenger throwing a tantrum, according to the New York Post.

Valerie Gonzalez, who was flying to Las Vegas, was upset that she had to sit next to a 3-year-old on her flight.

Gonzalez was filmed shouting at passengers while exiting the plane, and even spit on a passenger who she believed was filming her.

After not being allowed back on the flight, Gonzalez assaulted a flight attendant and was arrested and charged with battery.

Sixteen passengers were stuck on a ride in bad weather conditions at the SeaWorld in San Diego, according to Fox News.

The ride was suspended above Mission Bay, with seven of the passengers being children.

The heavy winds during the time of the incident caused the gondolas to sway over the bay before the passengers were rescued by the San Diego Fire Department.

The fire department was able to get the passengers to safety with no reported injuries. 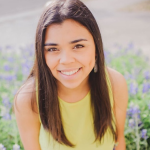 Desaray is a junior communication studies major with a minor in journalism from Corpus Christi, Texas. She hopes to work in the marketing or public relations field after graduation. In her free time, she enjoys spending time with friends and finding new coffee shops in the Dallas-Fort Worth area.