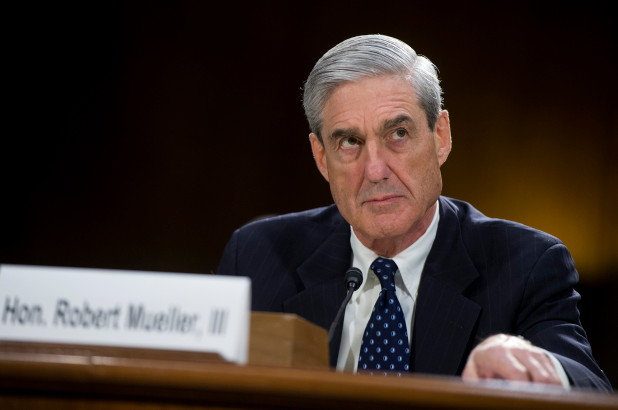 We’re back and we’re reading everything from “Fox News” to “The New York Times.” We’re trying to help you keep up with the rapid pace of politics and everyday news. Today, we’ve got Mueller’s findings on Trump collusion, a stranded cruise ship, and Israel facing a criminal attack.

Special counsel Robert Mueller found no evidence of a collusion between President Donald Trump’s campaign and Russia during the 2016 presidential election.

Trump will let Attorney General William Barr decide whether the report will be released to the public, according to The Associated Press.

Norwegian officials opened an investigation into why a cruise ship set sail despite storm warnings, leading to an evacuation.

The Viking Sky experienced engine trouble after setting sail for Stavanger in southern Norway. The ship was headed toward the middle of the ocean during a storm.

479 passengers were rescued by helicopter when the cruise ship was stranded on the Norwegian coast, leaving more than 800 passengers stranded.

Hospital officials have reported one person in critical condition and eight others hospitalized after being rescued, according to NBC News.

All passengers are expected to be flown out of Norway Monday evening.

A Lithuanian man pleaded guilty to U.S. charges for defrauding Google and Facebook of more than $100 million in a scheme, according to NBC News.

Rimasauskas also agreed to forfeit the $49.7 million he personally obtained from the scheme.

U.S. prosecutors accused Rimasauskas of defrauding Google and Facebook out of more than $100 million by posing as an Asian hardware vendor and claiming that the companies owed the company money.

Rimasauskas faces a maximum sentence of 30 years in prison.

American Airlines announced that they will extend their grounding of Boeing 737 Max aircrafts, according to NBC News.

The company released in a statement that the extension will last until April 24, causing over 90 cancellations each day.

Passengers affected will be contacted by the airline immediately.

The U.S. Senate Commerce Subcommittee on Aviation and Space will hold a hearing Wednesday about the state of airline safety in the wake of the most recent crash and the grounding of the 737 Max aircrafts.

NASA released images of a meteor exploding over the Bering Sea, according to USA Today.

The images were captured by instruments on the Terra satellite last December, making this the largest recorded event since 2013.

This explosion unleashed energy equivalent to 173 kilotons of TNT.

“An event like this might occur two to three times a century,” said Lindley Johnson, a planetary defense officer at NASA.

NASA said this event did not pose a threat to anyone due to the altitude and location of the meteor.

A rocket from the Gaza Strip struck a house in Israel, according to The Associated Press.

The rocket wounded seven people, according to an Israeli rescue service.

Israeli military said they started striking Hamas targets in response to the attack.

Israeli Prime Minister Benjamin Netanyahu is cutting short his visit to Washington in wake of the attack.

He described this rocket launch as a “criminal attack” and will return to Israel to deal with the crisis after meeting with President Donald Trump Monday morning.