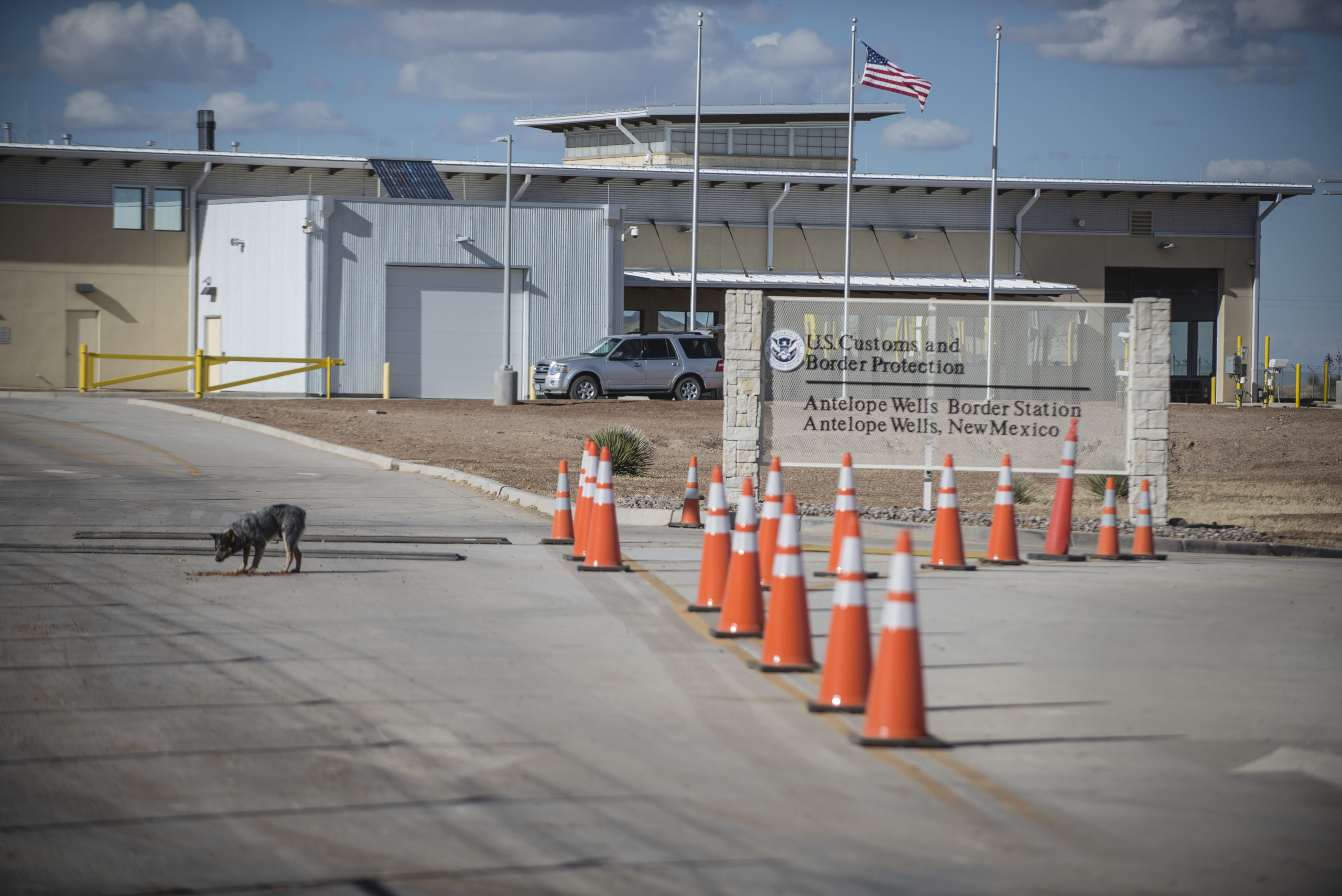 Last year, the U.S. accepted the smallest of refugees since the modern resettlement program began in 1980.

According to the latest number from the Migration Policy Institute, 22,491 refugees settled in the U.S. in 2018, that’s just under half of the 45,000 person ceiling set by the government.

Although Texas still leads the nation in resettlements. Last year 1,692 refugees came to the Lone Star State, according to the National Immigration Forum. That’s a 77 percent drop from 2015 when 7,479 refugees were settled, according to Refugee Council USA.

Although Texas still leads the nation in resettlements. Last year 1,692 refugees came to the Lone Star State, according to the National Immigration Forum. That’s a 77 percent drop from 2015 when 7,479 refugees were settled, according to Refugee Council USA.

The sharp drop is the result of executive actions by the Trump administration, which wants to limit the inflow of refugees to the U.S. The 45,000 admission cap was the lowest since the Refugee Act of 1980 was approved.

The Trump administration’s policies toward refugees and those entering the country illegally, have been a key part of the debate over funding a border wall that led last month’s partial government shutdown.

In late January, the Department of Homeland Security, which oversees the nation’s borders, announced new “migrant protection protocols,” under which the government is now returning some asylum seekers and migrants to Mexico while their case goes through U.S. immigration courts.

Historically, the numbers of refugees from Central America has never ranked high. Instead, refugees have come from war torn regions across the globe. The U.S. admits refugees from a range of countries, but last year most came from the Democratic Republic of Congo (DRC), Burma, Ukraine and Bhutan.

The highest percentage of refugees come from the eastern regions of the DRC. From 1998-2003, the DRC was involved in an armed conflict that consumed the Great Lakes region of the country; 5 million people in the DRC died as a result of the fighting and humanitarian crisis. Violence continues to erupt sporadically.

More than 780,000 Congolese refugees and asylum seekers are residing in other African countries, according to the U.N. The highest percentage of refugees come from the eastern regions of the DRC, where violence continues to erupt sporadically.

Of the Congolese who have left their home country, 81 percent are being settled in camps, according to the U.N.

In 2016, Texas was the leading state to take in refugees from the countries of Myanmar, Iraq, the Democratic Republic of Congo and Somalia.

However, the situation and acceptance rates have been changing in recent years.

Houston Public Media reported in October that Texas welcomed 67 percent fewer refugees in 2018 than in 2017. The report said that some of the biggest drops were from Middle East and majority Muslim countries.

Sobia Siddiqui is the communications coordinator for the Council on American-Islamic Relations Texas Chapter. She believes the cuts are discriminatory.

“Our president ran his campaign and one of his strongest and most vocal points is that he called for a ban on all Muslims,” Siddiqui said.

The most alarming number of the refugee situation is 25 – that is the number of Iraqis that were accepted into Texas this year.

The Democratic Republic of Congo has been facing one of the most horrific humanitarian crisis of the last few years resulting in a total of four million people that have been displaced due to the violent conflict taking place in the country, according to the United Nations.

Additionally, a food shortage has also threatened the lives of millions in the country. Figures from a U.N. report suggest that out of all the children in the world that are at risk of starvation, currently 1 in every 10 is living in the DRC. The DRC government denies this claim and said that the statistics are grossly exaggerated.

The United States has outwardly stated their opposition of the government’s treatment toward the Congolese people and plans to resettle roughly 50,000 Congolese refugees from 2014 to 2019 through the US Refugee Admissions Program.

Statistics provided by the Refugee Processing Center show that in the last two years alone, nearly 34,000 Congolese refugees have entered the US – of which about 40 percent were under 14 years old.

This report was compiled last fall by students in Reporting 30204

The main photo shows the Antelope Wells Port of Entry from the El Berrendo, Mexico, side of the border with southern New Mexico. (Roberto E. Rosales/The Albuquerque Journal via AP, File) 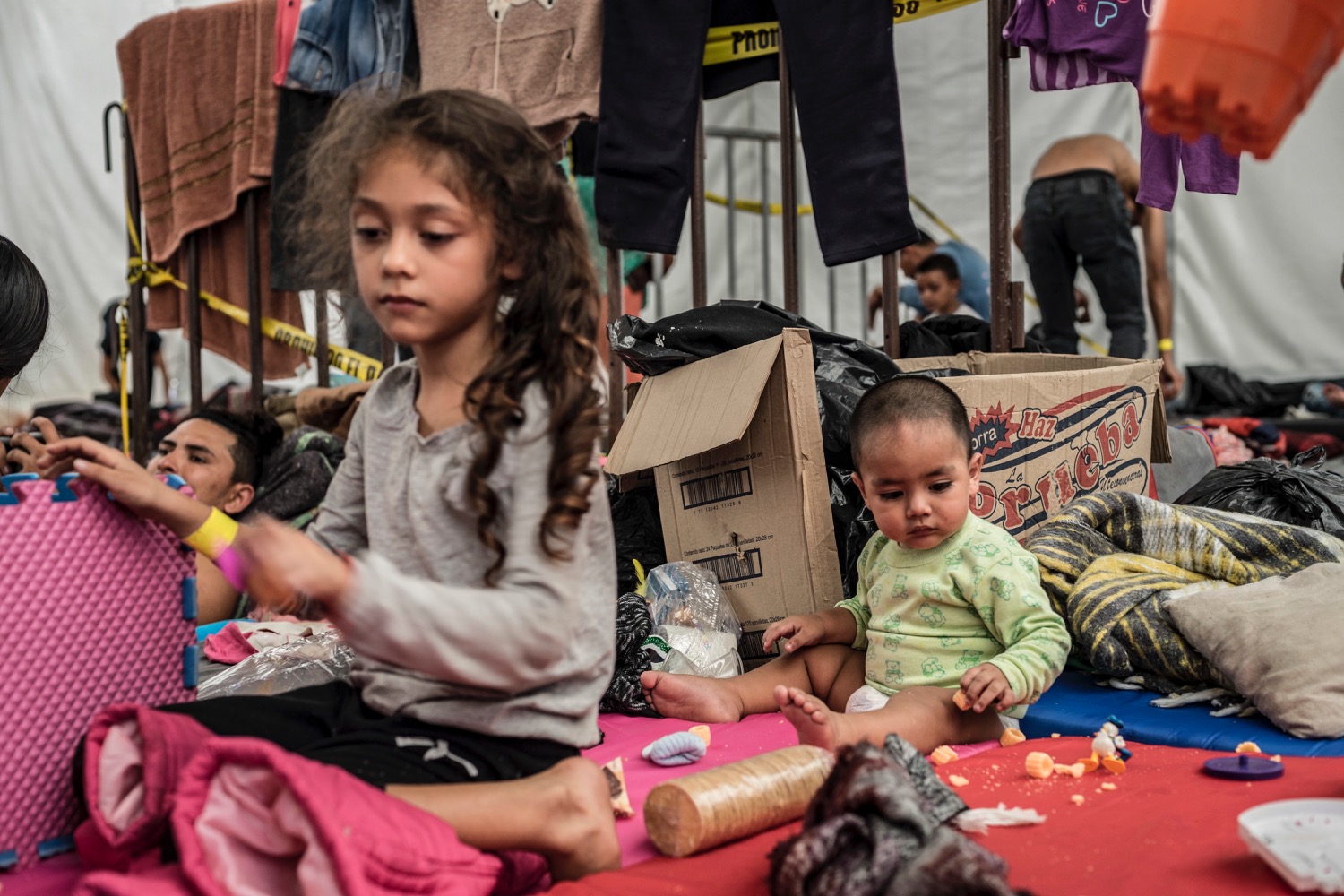 Mexico, Mexiko-Stadt: Migrant children spend the day in a stadium that has been opened as an emergency shelter in the Mexican capital. Many people from Guatemala, Honduras and El Salvador have fled poverty and violence in their homelands and made their way to the United States. Thousands of them have requested asylum in Mexico. Photo by: Antonio Rodriguez/picture-alliance/dpa/AP Images

There are many common myths about immigration and the refugee process. Here are some answers:

How can asylum seekers enter the U.S.?

Under federal law, people who have left their home country because of a fear of persecution because of race, religion, nationality, membership in a particular social group, or political opinion are allowed to enter the United States to seek asylum. Asylum seekers can apply at any port of entry or service center inside the country. Refugees must fill out an application through U.S. Citizen and Immigration Services; if approved they are eligible to come to the country.

Is the process for admitting refugees into the U.S. secure?

Refugees are subject to the highest level of security checks by the National Counterterrorism Center, the Federal Bureau of Investigation, the Defense Department, the State Department as well as the Department of Homeland Security. They must undergo background and fingerprint security checks in order to confirm their identity. The screening process can take 18 to 24 months. Fewer than one percent of refugees are considered for resettlement in the U.S. Any applicant considered a public safety risk by the U.S. government will not be admitted.

Are refugees more likely to be criminals who threaten the safety of Americans?

Nine out of the 10 cities that received the most refugees from 2006-2015 saw a decrease in their rates of violent and property crime, according to a 2017 study by the New American Economy Research Fund.

Does the U.S. take in more refugees than any other country?

Most of the world's refugees are fleeing countries in the Middle East and Sub-Saharan Africa for neighboring countries and continents. Turkey has the world’s largest refugee population with 2.9 million people, followed by Pakistan and Lebanon. President Trump cut the refugee resettlement quota by more than half in 2017. This year the U.S. is on pace to accept the lowest number of accepted refugees in the last 40 years.

Are refugees a burden on communities and the economy?

A 2016 report found no negative effects on overall wages and employment opportunities for native-born Americans caused by an increase in immigrants and refugees. High-skilled refugees have been known to bring innovation and an advancement to the workplace.

Are most refugees are adult men?

Almost half of the world's refugees are children, according to the Migration Policy Institute.

The number of child refugees continues to rise as many families are being forced to make the decision to send their child ahead of them, alone, to make sure they can find safety first. These children are escaping their home country to seek safety, not to put Americans at risk.