With drag performers and an electric crowd of more than 350 people Monday, TCU’s A Night of Drag was hugely successful in raising money for LGBTQ S.A.V.E.S., an organization that offers resources to youth and their families in Fort Worth and promotes supportive learning environments.

Graduate Spectrum members, the Women and Gender Studies department and the Gender Resource Office worked to combat society’s homophobic nature and the negative connotation that drag has at the event, said Whitney Roach, the president of Graduate Spectrum and organizer of the event.

“I think bringing the community into it [drag shows] de-villainizes it,” said Whitney Neumeyer Roach, a graduate student of Curriculum Studies and Graduate Spectrum president. “It makes a space that is traditionally mostly queer very accessible.”

A Night of Drag organizers made the effort to make their space as welcoming and accepting of all audiences as possible, with restroom signs that allowed people to use whichever restroom they identify their gender with.

Two professors performed at the event: Associate Director of Women and Gender Studies Dr. Nino Testa and Associate Professor of Dance Adam W. McKinney. They each performed a solo show and then a duo performance.

“When we have professors across the board validate any form of underrepresented or marginalized form of art or persons it does validate that form of art,” Roach said. “It shows  the audience that these are successful adults.”

Christa Franks, a Brite Divinity School Administrative Assistant, hosted the drag show under the stage name Honey Sinclair. As a professional emcee, Franks had the responsibility of making the first-time performers’ performances as smooth as they could be, she said.

Although the planning was tiresome, Franks and Roach were satisfied with the success of the heavy volunteer work, the great performances and the involved audience.

“The volunteers, oh my God, they have run themselves ragged tonight setting up all the staging, all the lighting and all the music,” Franks said after the show Monday night. “The audience gave all the love they needed to, the performers gave great performances, and I hope this was a seed planted. I wouldn’t change a thing.”

The success of the show has made Roach want to do more work with other organizers to put on more shows like A Night of Drag in the community.

“Let’s shoot for every year,” Roach said about putting another drag show in the future. 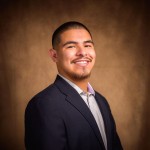