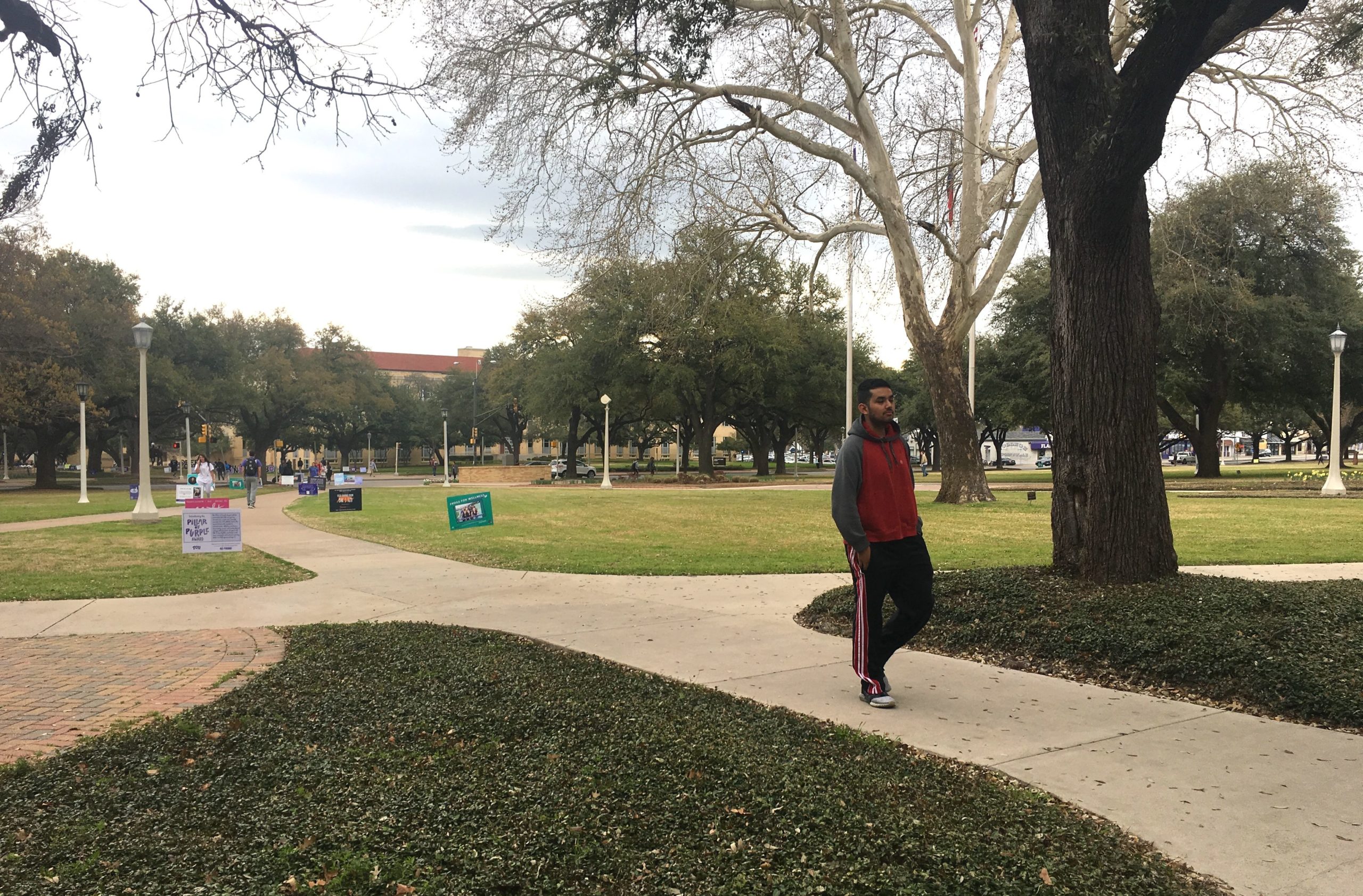 Five hundred and twenty miles — an eight and a half-hour drive — changed the life of one TCU sophomore.

Juan Hernandez, an electrical engineering major, was born in Houston. His parents met in the state of Tamaulipas, Mexico and immigrated to the U.S. His father is a legal resident, his mother earned citizenship and Hernandez and his siblings are all U.S. citizens by birth.

The right of citizenship by birth is being challenged, and President Donald Trump is leading the charge. Referred to as jus soli or “right of soil,” birth rights by citizenship have been a part of American tradition since the American Revolution.

But critics call it antiquated and argue that it isn’t in line with U.S. economic development. The debate is part of a larger conversation about immigration that has seen clashes at the border, concerns about birth tourism and jobs lost to people who aren’t here legally. Undocumented immigrants make up 3.5 percent of the nation’s population, but they accounted for about 7 percent of U.S. births in 2014, according to the Pew Research Center.

The debate goes beyond the children born to parents who aren’t here and it would challenge the next generation of children, like Hernandez, whose parents followed immigration law.

Hernandez knows his life would likely be different if he were a citizen of Mexico.

Instead of attending classes on a full scholarship, he imagines a life working paycheck to paycheck.

“All my cousins in Mexico work low paying jobs, while me and my father still send money over,” he said.

“Subject to the jurisdiction thereof”

In the U.S., fights over citizenship have long been linked to discussions about race and ethnicity.

The earliest action came in 1857 with the Supreme Court’s Dred Scott decision that African Americans couldn’t be recognized in federal court because they weren’t U.S. citizens. In 1868, three years after the Civil War, the 14th amendment, which granted citizenship to all born or naturalized in the U.S., was ratified.

Those who want to tighten or end birthright citizenship question the meaning of the phrase, “subject to the jurisdiction thereof,” which is part of the amendment’s language.

The writers of the 14th amendment meant to exclude diplomats and their children and “American Indians who were in a sovereign Indian nations at the time,” said Dr. Donald Jackson, a constitutional law professor at TCU.

The amendment faced its first challenge in 1898, when Wong Kim Ark, who was born in San Francisco, was prevented from re-entering after a brief trip to China. His parents lived in but they were Chinese citizens.

The court decided that, regardless of one’s race or home country, if someone was born on American soil, one is an American citizen unless a parent is a diplomat or working for a foreign government.  The court didn’t address whether this rule applied to children whose parents were undocumented.

In recent years, some women are very deliberate in their effort to have their children reap the benefits of birthright citizenship.

“Birth tourism” attracts pregnant women from all over the world.

A Chinese woman was arrested along with 19 others at the end of January for coaching hundreds of pregnant women to travel to the U.S. to have their babies.

“Life is still better here than almost anywhere else, including rising China and relatively prosperous Mexico,” said Michael Anton, former senior national security official for the Trump administration, in a highly criticized op-ed. “The wonder is that we Americans continue to allow our laws to be flouted and our citizenship debased,” he said.

The U.S. and Canada are among the few developed nations that maintain the practice. Most countries require that at least one parent be a citizen to pass down those rights.

Any effort to redefine the 14th amendment by executive order would likely face a court challenge, Jackson said.

“For most of our history, we have been a people that have been consistent with Lady Liberty standing in New York harbor,” Jackson said. “We have been a welcoming nation. We are a nation of immigrants essentially.”

Getting rid of birthright citizenship would go against precedent set by centuries of American tradition, Jackson said.

As for Hernandez, this tradition has defined his life.

“I am privileged with parents that will do anything for their children. And who wouldn’t? I am blessed, and I pray that others will not be denied similar blessings,” he said.

If birthright citizenship is repealed, “immigrants will still find a way,” he said.