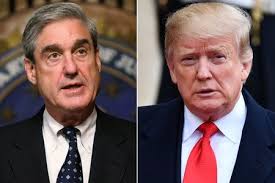 We’re back and we’re reading – everything from “CNN” to “NPR.” We’re trying to help you keep up with the rapid pace of politics and everyday news. Today, we’ve got the release and analysis of the redacted Mueller report, a fifth grade South Carolina student’s death ruling, and McDonalds announcing a streamlining of their menu.

The Mueller report is released and reviewed

After a nearly two-year-long investigation into Russian interference in the 2016 election, Robert Mueller’s report was released to the public.

The report was over 300 pages, and every news source has been attempting to decipher through all of the information.

According to CNN, Attorney General William Barr said Donald Trump did not interfere in the 2016 presidential election.

“After nearly two years of investigation, thousands of subpoenas, and hundreds of warrants and witness interviews, the Special Counsel confirmed that the Russian government sponsored efforts to illegally interfere with the 2016 presidential election but did not find that the Trump campaign or other Americans colluded in those schemes,” Barr said.

According to Mueller Report, Trump was very worried about the special counsel.

“When Sessions told the President that a Special Counsel had been appointed, the President slumped back in his chair and said, ‘Oh my God. This is terrible. This is the end of my Presidency.’”

“There was no evidence of trauma on or inside her body… that would indicate that any fight (of) any magnitude contributed to her death,” said Stone.

Authorities said Raniya died of a blood vessel rupture in the brain related to a birth defect.

“(an) arteriovenous malformation was ready to take place just about any time, and the fight did not have anything to do with her passing away,” Stone said.

According to CNN, no criminal charges will be brought to the other student involved in the fight.

McDonalds is ditching its fancy burgers

McDonalds announced on Thursday that it will be streamlining its menu by revamping the quarter pounder and abandoning its craft burgers.

According to CNN, the company will move away from items like a mushroom swiss burger and a bacon, cheddar and fried onion burger.

McDonalds made the decision based on customer feedback.

McDonalds also announced a shrink to its late-night menu starting on April 30.

Filet-O-Fish, Buttermilk Crispy Chicken Sandwiches and premium salads are just a few of the items that will not be available from midnight to 5 a.m.

Hurricane Michael touched down in the Florida Panhandle in October and was originally designated as a Category 4 hurricane.

According to CNN, a post analysis of the storm shows that it was stronger than originally thought.

The winds are now estimated at 160 mph, and these numbers were made available after a review of aircraft winds, surface winds, surface pressures, satellite intensity estimates and Doppler radar velocities.

The new categorization of Hurricane Michael makes it only the fourth Category 5 hurricane to touch down in the US.

Hurricane Michael was directly responsible for 16 deaths and about $25 billion in damage, according to the hurricane center.

Former U.S. Vice President Joe Biden plans to make an announcement of his candidacy for the presidency in 2020, according to sources close to Biden’s top aides.

According to U.S. News, an announcement video will include footage of Biden in his hometown Scranton, Pennsylvania.

Biden served 36 years in the U.S. Senate representing Delaware before serving as vice president under Barack Obama for eight years.

Biden recently faced allegations from women of them being uncomfortable when he touched them at political events.

Biden said that he believed he never acted inappropriately during his many years in public life.

Biden’s announcement would bring the Democratic candidate field up to 19.

A group of parents filed a lawsuit that claimed the city had overstepped its authority, but judge Lawrence Knipel dismissed it.

“A fireman need not obtain the informed consent of the owner before extinguishing a house fire,” Knipel wrote in his ruling as quoted by Gothamist. “Vaccination is known to extinguish the fire of contagion.”

According to NPR the New York Department of Health had recorder 359 cases of measles since October.

That number is up from 329 confirmed cases reported on Monday.

Jake Hook is a senior sports broadcasting major and journalism minor from Louisville, Kentucky. He has worked as a journalist and broadcaster for the Pierre Trappers baseball team, and he has worked for over three years in sports radio as a producer and show host. When he is not working, Jake is busy consuming all kinds of sports, spending money he does not have or getting frustrated while trying to learn the guitar.