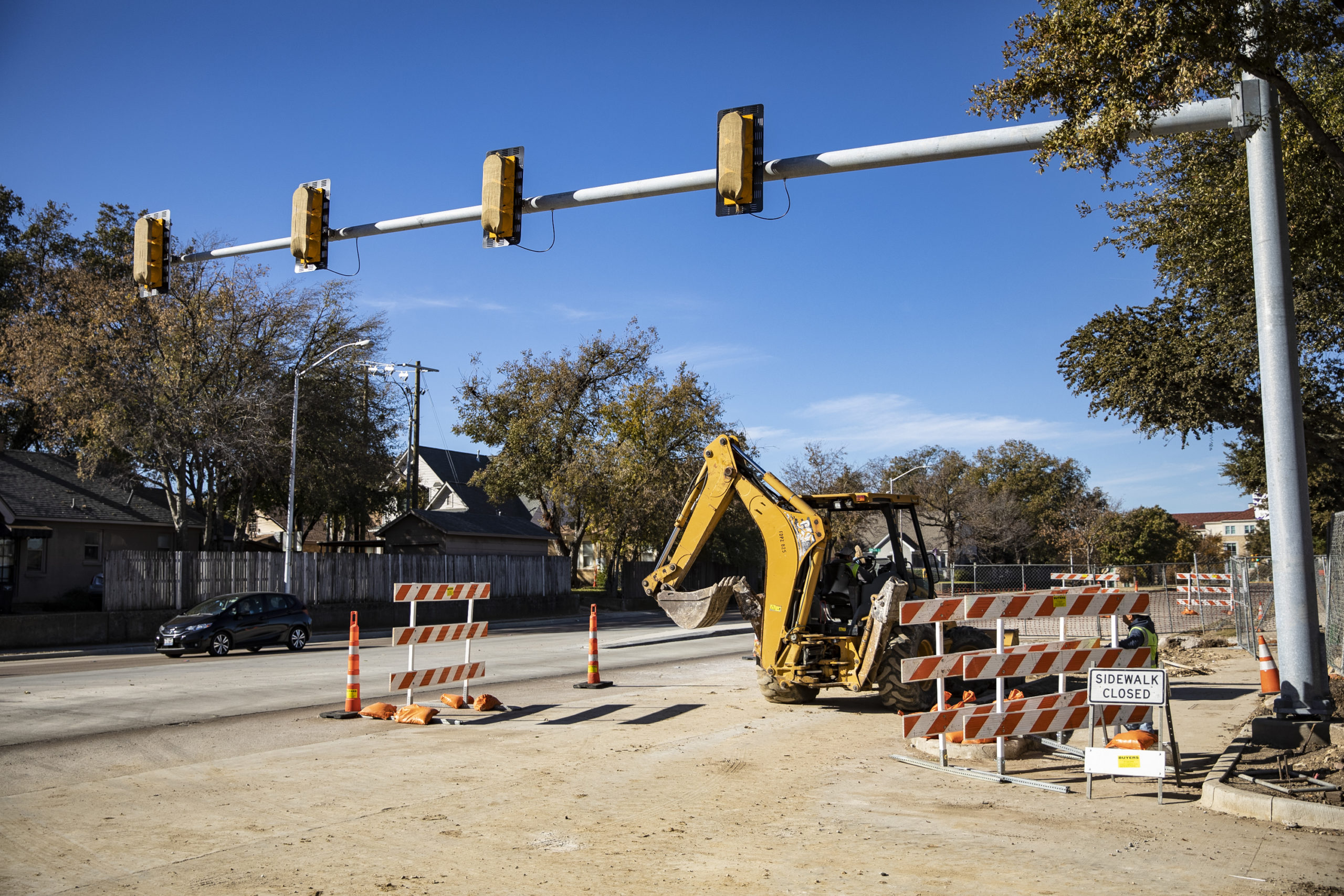 TCU placed a new traffic light on Berry Street in an effort to increase pedestrian safety on campus.

Brooke Ruesch, project manager for new construction projects on campus, works as the representative of TCU to make sure the university’s wants and needs are being implemented in the design and construction process.

Ruesch said the main goal of the new administration building is to create a safer pedestrian access way down Bellaire Drive.

The new entranceway to campus, which is located at the new traffic light, was constructed for people access to the admissions and visitor parking lots.

The process of getting a new traffic light

This process is called a Community Facilities Agreement (CFA). It is a contract between a city and developer that is required whenever the construction of public infrastructure is funded entirely or in part by a private developer, according to the city of Fort Worth’s website.

“It’s about a six-month process,” Ruesch said. “We’ve been planning on this and started the process about a year and a half ago just to make sure we were going to meet our schedule to get the traffic light put in place.”

Ruesch said it is a coordination between the city of Fort Worth and TCU. TCU made sure to provide the right documentation and confirm that it would not impact traffic flow.

The engineers can put a traffic light in a model and – based on the traffic studies – can see how that will impact traffic all around the area. Traffic studies were performed months in advance to make sure traffic flow wouldn’t be impacted.

“We want to make Bellaire a safer pedestrian access way and getting cars off that street is one of our goals,” Ruesch said. “Taking care of our students and also making the intersection at Stadium and Bellaire better.”

For some students who live in neighborhoods south of construction, crossing Berry Street to get to class can sometimes be dangerous – especially when drivers are speeding or aren’t paying attention.

Riyah Whitley, senior psychology major, said that crossing the street is very dangerous because the cars go fast on Berry.

“Cars are whipping in and out of McDonald’s,” Whitley said. “They are also making a lot of U-turns right around there.”

Whitley said she thinks the new intersection will be safer for her and other students heading to class.

Speeding cars and negligent drivers aren’t just a problem for off-campus students. Students that live on campus and want to go to the grocery store also have to cross Berry Street.

Mikea Jackson, strategic communication major, said that Berry can be dangerous but is hopeful that the traffic light will help make crossing safer.

Ruesch said that with the new traffic light in place TCU students will be able to cross the street onto campus safely.

“There will be walk signs and a designated crosswalk as well,” Ruesch said. “It should create a much safer place for students to cross.”

Ruesch said the new traffic light will also help on game days by feeding traffic from a different direction.

There are a lot of variables that need to happen in order to have the light in full operation. Unfortunately, some of those variables are out of TCU’s control, Ruesch said.

For example, the light must blink red first and then continue to blink for three days. Once this process is complete, the light will be fully active.

Ruesch hopes to have this light completed by noon on Friday, Nov. 22 and the entire process finished by the next Monday at noon.

Any further changes to the area will be communicated to TCU students, faculty and staff via email. TCU also wants students to remain alert and careful when near construction areas.