A gunman walked up to a house Sunday night in Fresno, CA and began shooting, killing four and wounding six others, according to CNN.

Around 40 people were at the house, including children, when the gunman began shooting at the crowd, police said.

“Somebody came up on foot, possibly at least one suspect and began firing,” Fresno Deputy Police Chief Michael Reid said. “They fired into the backyard where most of the people were in this party, striking 10 people.”

Police are still searching for the suspect and any surveillance footage that could aid the investigation.

Several protesters arrested in Hong Kong at the Polytechnic University

Tensions continued to increase in Hong Kong over the weekend as police and protestors clashed on a university campus that has become a battleground.

Police had surrounded Polytechnic University and protestors who attempted to leave the campus were met with tear gas and rubber bullets, according to BBC.

116 people have been injured and taken to a hospital after the clash at Polytechnic, according to the Hong Kong Hospital Authority.

Several hundred more are thought to be still trapped on the campus, unable to leave and running low on supplies.

Arrests made after protestors make a run for it on tunnel entrance highway by #hongkong Polytechnic pic.twitter.com/4B54GtBOt8

Local council elections, which were scheduled for Sunday, are at risk of being delayed due to the protests, Honk Kong’s secretary for constitutional affairs said.

House Speaker Nancy Pelosi (D-Calif.) denied Republican claims that President Trump has not had the opportunity for due process in the impeachment inquiry, according to CBS.

“The president could come right before the committee and talk, speak all the truth that he wants if he wants,” Pelosi said in an interview with “Face the Nation” that aired Sunday.

“He has every opportunity to present his case,” she said.

President Trump responded to Pelosi on Twitter, saying he will strongly consider the idea.

….that I testify about the phony Impeachment Witch Hunt. She also said I could do it in writing. Even though I did nothing wrong, and don’t like giving credibility to this No Due Process Hoax, I like the idea & will, in order to get Congress focused again, strongly consider it!— Donald J. Trump (@realDonaldTrump) November 18, 2019

The Mustang Mach-E is an all-electric vehicle that promises solid performance, range and a reasonable starting price to compete with Tesla. 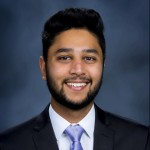