Sen. Rand Paul (R-Kent.) is demanding the media reveal the identity of the anonymous whistleblower that led to the House’s impeachment inquiry on President Trump, according to the New York Post.

“I say tonight to the media, ‘Do your job and print his name’,” Paul said.

Paul, who spoke at a Trump campaign rally his home state of Kentucky Monday, claimed that the whistleblower previously worked for former Vice President Joe Biden.

The unidentified whistleblower is subject to federal protection under the law as the investigation continues.

22 women, 1 man arrested for prostitution in Fort Worth

Fort Worth police confirmed Monday that nearly two dozen women and one man were arrested and charged with soliciting prostitution over the weekend.

According to the Fort Worth Star-Telegram, the 22 women arrested ranged from 19-36 years old, and the man that was arrested was 22 years-old.

They were all arrested at the Radisson Hotel on Meacham Boulevard.

Police have not released any further details on the arrests.

The U.S. Department of Health and Human Services estimates that 50,000 people from various countries are trafficked into Texas every year, but many victims are U.S citizens.

The Trump administration has notified the United Nations that the U.S. is withdrawing from the Paris Climate Agreement.

“We will continue to work with our global partners to enhance resilience to the impacts of climate change and prepare for and respond to natural disasters,” Secretary of State Mike Pompeo said in a statement.

The U.S. is now the only country to pull out of the agreement, ignoring international efforts to fight climate change.

However, the U.S. is eligible to reenter the agreement if another candidate wins the 2020 election.

Six children and three women were shot by a Mexican drug cartel after being ambushed in Sonora, Mexico.

According to CNN, the group was traveling in several cars and perhaps the cartel misidentified the group for another cartel.

President Trump called on the Mexican government to address the country’s cartel problem and “wipe them off the face of the earth.”

That’s all we have for you today, check back in tomorrow for more headlines. 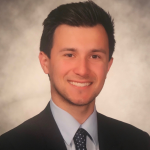