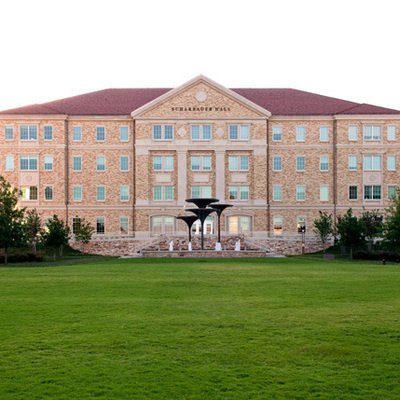 The three finalists for the open dean position in the AddRan College of Liberal Arts have been named.

Each one visited campus recently and shared their vision for liberal arts at TCU.

They all answered the following question, which was sent to students in an email by Provost Dr. Teresa Abi-Nader Dahlberg: “What do you see as the major challenges and opportunities facing the liberal arts today, and what is your vision for addressing them as Dean of the AddRan College of Liberal Arts?”

The finalists also spoke about the importance of implementing diversity, equity and inclusion (DEI) into the AddRan curriculum.

Dr. Andrew Schoolmaster, the current dean, is retiring at the end of this school year. His successor is expected to start as early as May.

AddRan is the largest college on campus with about 1,400 students, needs a new dean who can translate the value of a liberal arts degree to students, parents and the community, Vuic said.

Dr. Peter Worthing, a history professor and the associate dean of AddRan at TCU, was the first candidate. He said one challenge the college faces is putting DEI into action at a predominantly white institution.

Another challenge Worthing saw is the idea that the liberal arts are on the decline and that STEM and healthcare fields have more of a positive financial outcome, he said.

“These people [liberal arts students] have skills, they have a set of skills that help them succeed in the professional world,” Worthing said. “We talk about these skills all the time: critical thinking, data analysis, evidence-based conclusions, oral and written communication, cultural competency, moral and ethical competency.”

Dr. Sonja Stephenson Watson, the second candidate, who is currently an associate professor of Spanish at the University of Texas at Arlington, said an opportunity that comes with declining enrollment nationwide is enhancing DEI within faculty and student populations.

To improve DEI within the faculty, Watson proposed to establish an ongoing lecture series on diversity in liberal arts to showcase research.

“It is extremely important for moving the needle and enhancing not only diversity but retention and, more importantly, inclusion,” Watson said.

Watson, if hired as dean, said she wants to increase the number of women and underrepresented groups in faculty through a strategic hiring plan.

In regards to students, creating a student advisory board for DEI within AddRan and increasing endowments for first-generation students and underrepresented minorities would help implement DEI, Watson said.

Communicating the value of the liberal arts was another challenge Watson discussed in her presentation. She gave examples of professionals who earned a liberal arts degree who went on to become CEOs of companies such as American Express, Avon Products Inc. and YouTube.

The third candidate, Dr. Heidi Bostic who is the visiting associate provost for special projects at Furman University, said the one main challenge was promoting DEI.

The world is getting better, but there is a lot of room for improvement, Bostic said.

“We still need to work more on the sense of belonging,” she said. “It is not enough to recruit a diverse cohort of faculty, staff and students.”

“Whether it is at the food bank or with refugee services or other events like faculty-class night or lectures and symposiums, it is a powerful way to illustrate what the liberal arts can do to the community,” Bostic said.

The skills learned within the liberal arts will enable the new curriculum and new experiences to develop. Some of these skills, including ethical decision making, can sometimes seem abstract to students. It is important to help students understand these, Bostic said.

The new dean may be announced within the next three weeks, Vuic said.

Alexandra Preusser is a sophomore journalism major and business minor from Wilmington, North Carolina. She has worked with TCU360 as a sports journalist. She is also an intern with the TCU Athletics Communications Department.