TCU modified Frog Camp this year to keep students and facilitators safe amid the COVID-19 pandemic.

First-year students had the opportunity to choose between four in-person sessions and one virtual option last week. Each of the sessions lasted two days, less than in years past.

The in-person sessions took place on campus, and unlike previous years, there were no specialized camp themes such as “Alpine” and “Challenge.”

Frog Camp facilitator Omega Stallworth, a health and fitness major, said TCU required facilitators and campers to wear masks at all times and remain at a physical distance of 6 feet.

Another facilitator, news and media studies major Maya Vela, said facilitators were given hand sanitizer bottles and disinfectant wipes to make sure everyone was staying clean and all surfaces were sanitized before being touched.

“Surprisingly, all the students wore their masks without complaint and they made sure to sanitize before touching anything for the activities,” said Vela. “Mainly they maintained positive about the safety adjustments so that everyone could have a safe and sanitary experience.”

First-year pre-business major Anela Gabeljic said she felt reassured about the protocols TCU put into place to keep her and her classmates safe.

“The safety protocols make me feel a lot better about being on campus,” said Gabeljic. “Knowing that I can still be at TCU and have some sort of first-year experience all while keeping myself and the community safe is comforting.”

Vela added while new protocols were in place, the experience stayed mostly the same.

“At the very core the Frog Camp experience was the same as it has been in past years,” she said. “The director board did an amazing job at ensuring that as many activities stayed the same for these new campers.”

During the sessions, students got into small groups and participated in a variety of get-to-know-you activities.

“We talked about our background stories and got to know each other on a much more personal level than any high school ice breaker,” first-year business major Olivia Dove said.

Students also engaged in games and activities that allowed them to learn more about TCU and the resources available on campus.

“I feel like Frog Camp is such an important precursor to joining the Horned Frog community, not to mention, it’s tradition,” said first-year nursing major Lexi Barr. “What I have enjoyed the most about Frog Camp was seeing how much the leaders cared for us and wanted to make this the best experience they could for us.”

Even with a different Frog Camp experience than in prior years, one facilitator said first-year students were still able to get the most out of it.

“Due to COVID-19, Frog Camp had to cut out large group interactions that campers usually experience, however, due to this I think it provided campers a unique opportunity to form deeper connections with others in their small groups than in years past,” junior business major Dylan Williams said.

Williams said how well his campers bonded was proof that even though Frog Camp looked a bit different this year, it still provided a great intro to life at TCU. 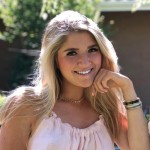