Boschini said the lack of minorities represented on campus is considered a “problem.”

“I think in general we have to make sure our campus is welcoming to lots of different kinds of diversity,” Boschini said.

The effort to increase minority populations in education extends beyond Fort Worth. 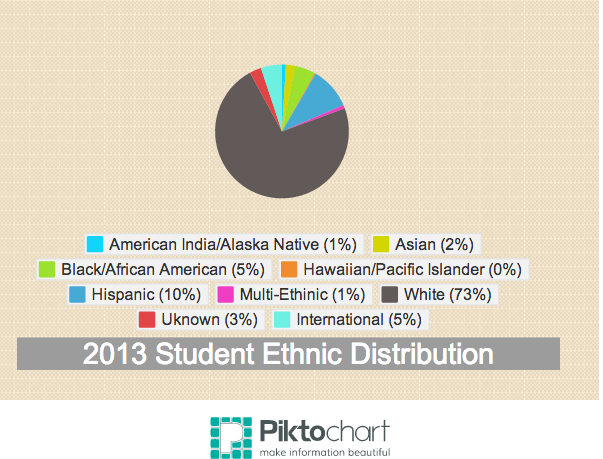 Back in Fort Worth, TCU is also providing more funds toward merit scholarships in order to make TCU a more diverse campus, according to Boschini.

“The honest answer, we’re not sure what works yet, and we just hit 20 percent,” Boschini said. “We’ve tried different things all the time, but I always say to everybody that we have a long way to go.”

Dean of Admission Ray Brown said that the university is doing just about anything that is suggested.

“Over time we’ve been able to do things on a local level, state level and national level all in attempt to attract students of color,” Brown said.

One program that specifically recruits minorities is TCU’s Community Scholars program, which recruits top candidates from urban, high-minority public high schools in the Dallas-Fort Worth area and provides them full scholarships to TCU.

Cornell Thomas, a professor of educational leadership, was one of the main founders of Community Scholars and pushed for the program at its origin in 2000.

Thomas said he presented a proposal targeting minority transfer students with a scholarship for a particular GPA.

With those scholarships, Thomas said he suggested that TCU partners with local businesses willing to financially support the program, consequently securing additional money for the Community Scholars.

“We would increase our numbers dramatically overnight without having to spend any additional money,” Thomas said.

Thomas said he would require the scholarship recipients to participate in the TCU community and intern for the businesses that donated.

Now that tuition has reached almost $50,000 a year, many students believe that cost is a determining factor in enrolling at TCU.

Marquis Harris, a junior Spanish major, said he came to TCU because he received a Community Scholar scholarship.

“I’m from Desoto, and I would not have known about TCU without that scholarship,” Harris said. “Price is a big thing.”

Harris also said that TCU should provide other scholarships to make the university more attainable for minority students.

Stacy Boyd, a first-year engineering major, said he is one of a few black students he knows that is not an athlete nor a Community Scholar.

“I think a lot of [minorities] would come to TCU if it wasn’t such an expensive place,” Boyd said. “I came here and I just really liked it, I like the atmosphere here, and the people are much nicer.”

Brown said students of color receive many financial-aid packages because they are “the most heavily sought-after group of people in the country.”

“In many cases, we don’t compete this time on financial aid,” Brown said. “We do with some, but not with everybody.”

Brown said TCU is not far behind “the best schools in the country” when comparing the number of blacks, Hispanics and Asians present on campus.

“Tell me, who among us is doing well?” Brown said. “Until such time that we are able to sequester more of those dollars, we’re going to be left with just the programming stuff.” 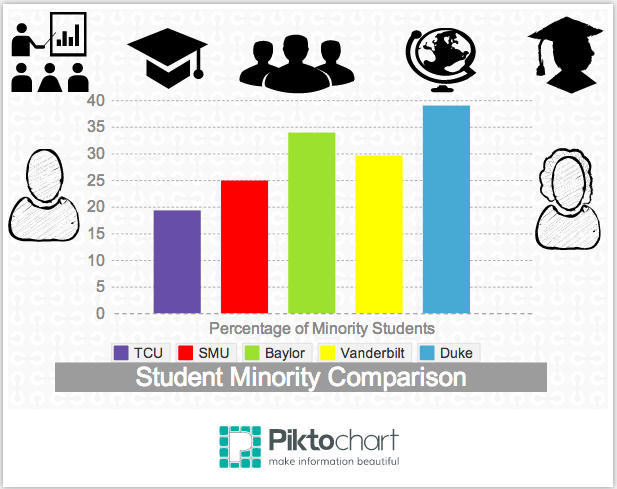 When asked why diversity is important to TCU, Thomas said, “It is our mission statement to prepare people to live and lead in a globally-diverse society.”