After his team regressed to a 4-8 record in his second year in the Big 12, TCU head coach Gary Patterson was told he should reevaluate his 3-5 year plan.

Patterson has insisted since 2012 that, with three to five years of Big 12 recruiting under his belt, his team should be able to compete for championships.

TCU’s all-time winningest coach said he was told to lower his expectations, that TCU football would need more time to adjust to Big 12 play.

He wasn’t buying it.

In his third year in the conference, Patterson fulfilled his prediction and led TCU to a share of the Big 12 Championship.

Many doubted the remarkable turnaround of the Horned Frog football program when the 2014 season began.

TCU was predicted to finish seventh in the Big 12 in the preseason media poll.

The Frogs now sit at No. 6 in the nation. 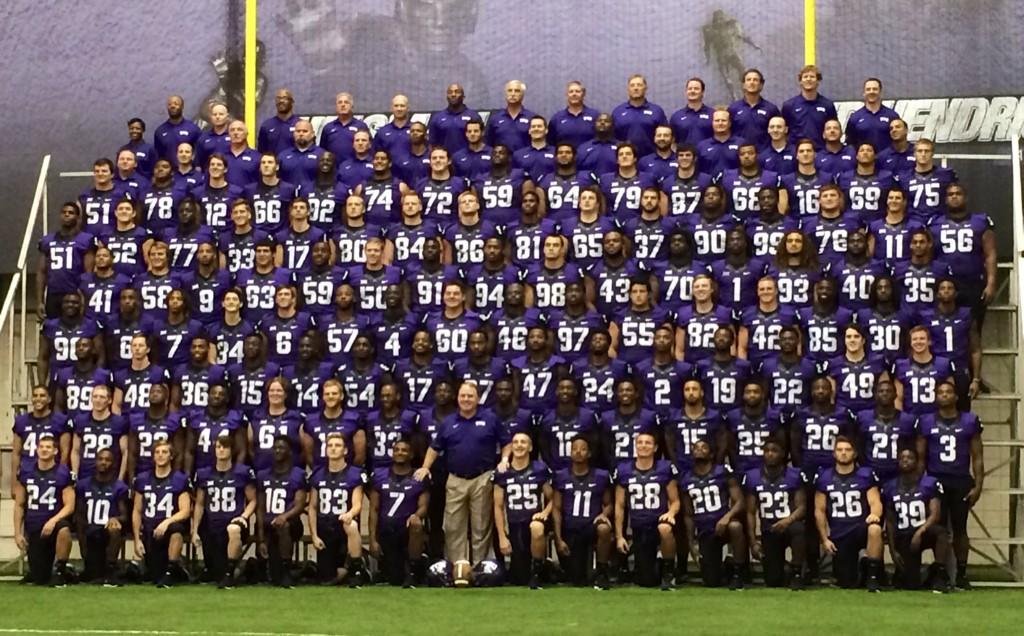 Up until the season opener against Samford, fans of the Horned Frogs didn’t even know who the starting quarterback would be.

The biggest storyline out of fall camp was the quarterback battle between junior Trevone Boykin and senior transfer Matt Joeckel.

Patterson has said throughout the course of the season that he’s always had faith in Boykin as a quarterback, but he didn’t declare him the starter before opening kick this year.

Perhaps Patterson’s motivational strategy worked, as Boykin completed one of the most statistically dominant seasons in the history of TCU quarterbacks.

The junior broke Andy Dalton’s record for passing touchdowns in a season, tossing 30 to Dalton’s 27.

He also threw for 3,714 passing yards, an average of more than 300 per game, and rushed for 642 more yards and eight touchdowns.

Boykin was named the unanimous AP All-Big 12 Offensive Player of the Year Wednesday.

Joining Boykin as a player of the year in the Big 12 is defensive standout Paul Dawson. The senior linebacker tallied a conference-leading 128 tackles to earn Defensive Player of the Year honors.

Dawson also recorded five sacks and caught four interceptions, including a pick-six that would serve as the game-winning score in TCU’s upset victory over No. 4 Oklahoma.

The one blemish on an otherwise perfect record was a 61-58 loss at Baylor, where the Frogs collapsed in the fourth quarter, surrendering a 21-point lead.

This loss would eventually keep TCU out of the inaugural College Football Playoff, but the Horned Frogs still received an invite to one of the “New Year’s Six” bowl games.

Last Sunday, TCU accepted an invitation to play in the Peach Bowl in Atlanta against the Rebels of the University of Mississippi.

With a win over Ole Miss, the Frogs will triple their win total from all of last season.

Patterson said he was excited to take on Ole Miss and seemed upbeat in his postseason press conference despite missing out on a chance to play for a national championship.

TCU’s coach was named the national coach of the year Thursday for his part in turning a 4-8 team into conference champions.

Part of the turnaround was the hiring of the new offensive coordinators and the installation of a new air raid style of offense.

With the changes, the Horned Frogs saw multiple players emerge into key attacking threats in 2014.

Running back Aaron Green took over for the injured B.J. Catalon in the second half of the season, and rushed for 854 yards and eight touchdowns with an average of 7.7 yards per carry.

Receivers Josh Doctson, Kolby Listenbee and Deante Gray exploded onto the scene. The trio caught 131 passes for 2,232 and 20 touchdowns collectively.

On the other side of the ball, the TCU defense was anchored by senior leadership en route to its No. 1 spot in the Big 12 in scoring defense.

Additionally, senior Sam Carter decided to forgo the NFL Draft and return for one more season. Patterson said he was glad his captain did so, because he deserved to “go out on top.”

Although the Frogs won’t be returning to the Rose Bowl in 2014, TCU football greatly exceeded expectations and Patterson said he’s proud of his team’s performance.

With one more game left on the schedule, Patterson said the Frogs aren’t done yet.

“We need to go prove that we’re part of royalty in college football,” Patterson said.