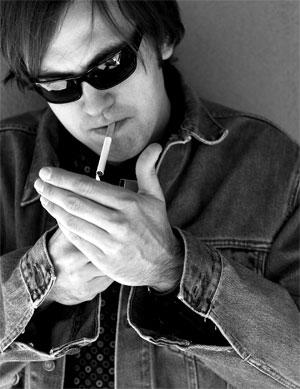 Alt-country performer Austin Collins is looking to make the most of an opportunity many musicians never have. “It’s been a whirlwind,” Collins said about the months since his debut album, “Something Better,” was released. “Things have been going well and are better than I could have expected.”

Since receiving critical and commercial acclaim, Collins said he and his band have been playing several live shows and building up their fan base.

“We’re always working,” Collins said. “We don’t have as big a following in the Dallas area, and I would like to try for a bigger crowd.”

The Houston native said he and his band perform mainly in the Houston and Austin areas, and is looking to spread out to other areas of the state.

Collins, who now resides in Austin, cites acts such as Whiskeytown and Son Volt as his influences and the reason he prefers the alt-country style.

“That I can express myself without being trite and cheesy is what attracts me to the genre,” Collins said.

Starting his music career late in life, Collins said he is grateful for the opportunity to perform at the 2005 Austin City Limits Music Festival.

“I’m really excited about opening the festival,” Collins said. “I think it opens a lot of doors.”

Even though Collins considers performing at the music festival a “lucky break,” he plans to continue working hard and to build on his recent success.

“I’d like to move on and start playing shows in Oklahoma as well, maybe opening for another band who we’d like to tour with,” Collins said.

Having only played in Dallas, Collins said he hopes he will be as well received in Fort Worth.

Austin Collins and his band will perform tonight at The Aardvark.