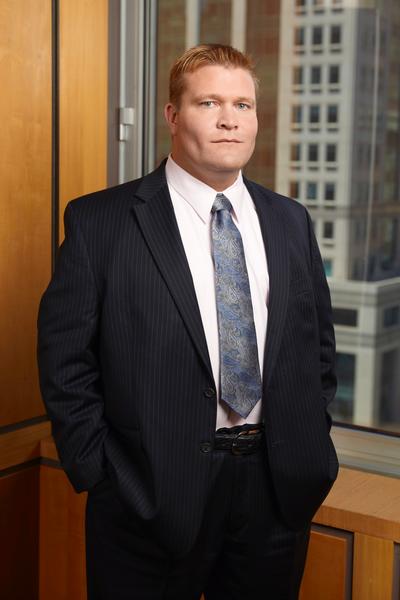 As the economy crumbled and he struggled to get by, Clint Robertson wasn’t sure whether it was sheer luck or his positive thoughts that helped him persevere through the toughest times. He knew he had two options: sit back and give up or do what was once his last resort: sell his possessions to survive.

Now one of the final three contestants on the TV show “The Apprentice,” things are finally looking up.

Robertson, a CPA and 1992 TCU graduate, owned and operated two construction companies but made the decision to sell them, along with his most precious assets, to keep his family afloat in a drowning economy. Robertson, his wife and three sons were left without a home, but now divide their time between a friend’s rental home in Idaho and another friend’s home in Weatherford, Texas.

March 28 was a mundane day for Robertson as he watched “The Apprentice” until he saw Donald Trump’s commercial for the show’s next season, which targeted individuals who were affected by the economy.

“I looked at my wife, and we just both looked at each other, and we knew this was the one door the Lord had given us to go through,” he said.

Robertson didn’t think twice as he bought his ticket to Las Vegas, rented a hotel room and prepared to stand in line with thousands of people. In any ordinary circumstance this idea would have been absurd, he said. But he felt like it was meant to be because of his economic situation.

Las Vegas was one of four locations for “The Apprentice” auditions. He became familiar with the heat during the day, the cold at night, and the sunsets and sunrises as he stood in line hoping for a more promising future, he said.

Once he was called in, Robertson participated in an intense debate for his audition.

After the audition, he said he headed back home with a confident feeling. Although he did not immediately get called back, he was persistent and sent the producers more personal information. He said he did not see it as an end but as an opportunity for the producers to learn more about him and his family.

His feelings were confirmed when he made the finals in California, along with another 160 people.

After grinding his way through every stage of the auditions, a producer told him he was one of 16 people selected to be on the show.

“If you take the most strenuous day you’ve ever had, mentally, physically, emotionally and you start the day at 4:00 in the morning and go until after midnight, and you do that for two months straight, that’s the experience of the show,” he said. “But the whole time I was doing it, I just felt invigorated.”

He said his ultimate goal was to win the competition when he set foot in New York, but he also saw the experience as a form of advertisement for himself.

“You see the very worst of people and the very best of people,” he said. “This show brings it out because it’s so intense.”

He said he hoped that at the end of the day, people see him as a man of character and a man who lives what he believes.

“I’ve made some lifelong friends from this program, and I’m sure there are some people that hope they’ll never see me again,” he said. “But I did the best to represent my beliefs.”

Quick turns and changes of plans have been a part of Robertson’s life since his college years. He began as a pre-med major at TCU, then switched to accounting when he discovered his passion for entrepreneurial work.

“All the diverse education I had absolutely helped me become a better entrepreneur and therefore a better competitor on this program,” he said.

Robertson’s attitude is rich with hope for his future, as well as society’s. He encourages people, whether they are struggling or not, to aim high and not fear.

“There’s tough times right now,” he said. “But there’s still an opportunity for people who want to get up, roll up their sleeves, work hard every day and follow their dreams.”

Part one of the season finale airs tonight.