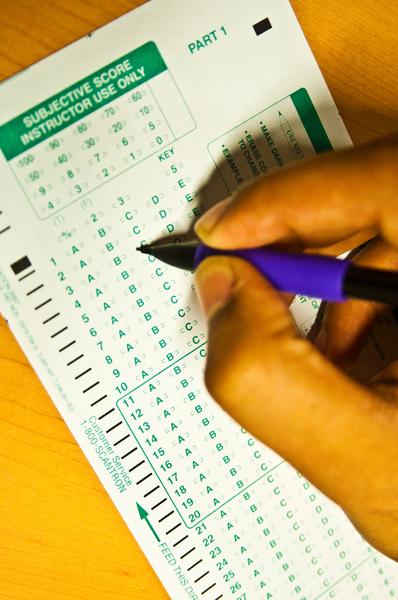 After five weeks of delay, a bill allocating money to purchase scantrons for students was passed by the House of Student Representatives Tuesday night.

The Student Government Association will purchase 2,500 scantrons to be placed in the Mary Couts Burnett Library for students free of charge, said Brett Neal, a junior representative from the College of Education and member of the Campus Advancement Committee.

Jackie Wheeler, Campus Advancement Committee chair, said a trial run of the free scantrons had been set to happen in December during finals week, but due to a lack of time to purchase the scantrons, the trial will be in January, she said.

Wheeler said a majority of the classes at the university require students to bring their own scantrons on test day. Providing those scantrons will make test day less stressful for students, she said.

“We want every student to be well prepared for his or her exams,” Wheeler said.

Neal said the scantrons will be stored behind the library’s information center desk to prohibit students from grabbing more than three.

Karter Ginn, a freshman pre-major, said he was happy the bill was passed because it provided him with free scantrons before tests.

Wheeler said only green scantrons will be provided during the trail run.

Wheeler said the purpose of the Campus Advancement Committee was to serve the students and provide them with things they want and will use.

Another issue brought to the House of Student Representatives’ attention was Improve TCU Day, which happens today.

Brett Anderson, student relations chair, said Improve TCU Day is a way for students to give SGA feedback and suggestions for plans in the future.

SGA encourages students to fill out a feedback form, Anderson said. There are two booths for feedback and suggestions, located by the library and at the west entrance of Market Square. Students who fill out a form at the library location will receive a free coozie, he said.