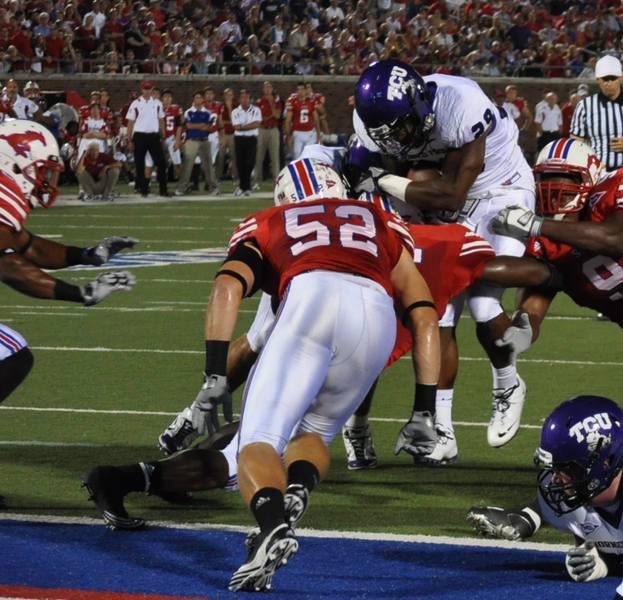 After Boise State’s 37-24 win over Oregon State, it has become clear that it will remain the mid-major favorite over TCU this season, barring a Broncos loss.

BSU has become college football’s BCS darling. Its epic 2007 Fiesta Bowl win over Oklahoma, coupled with its 17-10 win over TCU last year, has catapulted the Broncos into the national spotlight.

Living in Boise my whole life, I have seen BSU grow up into the team it is now. It is hard to remember now that BSU had a very embarrassing 48-13 loss to Georgia in 2005, just one season before beating Oklahoma in the Fiesta Bowl.

In fact, 2005 ended up being a disappointing season for BSU. The Broncos lost a conference game to Fresno State and ended the season with a 7-1 conference record and had to share the conference title with Nevada.

Now it seems that the Broncos will never lose. They play in a weak mid-major conference, but they may play for a national title this year. How is that fair to a team like TCU, which plays in one of the best mid-major conferences and has also had notable success?

It all comes down to timing and being in the right place at the right time. Over the past four years, BSU has had three undefeated regular seasons and two perfect seasons. This is what has earned the team respect. It has proven that it can beat whoever is put on its schedule. That’s what has gotten the Broncos to this point.

After watching TCU beat SMU this weekend in a game that should have been a blowout, I couldn’t help but recall a similar game by the Broncos. In 2006, BSU beat San Jose State 23-20 by kicking a field goal at the end of the game. All I could think about was how bad this win looked on its resume when it was trying to bust the BCS that year.

Surprisingly, BSU didn’t fall at all in the polls that weekend. No one noticed how poorly BSU had played against a bad Western Athletic Conference team, it only mattered that the Broncos won.

Winning earns respect and rankings. TCU dropped one spot in the polls after last week’s SMU game to No. 5, but the Frogs are still respected because they are winning.

BSU will be taking Utah’s place in the Mountain West Conference next season. If both TCU and BSU have stellar seasons this year and enter next fall’s game in Fort Worth undefeated, the game will have huge BCS implications. The winner will ride into the future as the king of the mid-majors while the other team will have to wait another season to prove its worth.

TCU will benefit from all the success BSU is having, but this is not obvious yet. The Horned Frogs may have to suffer through watching BSU get all the mid-major glory this season. Has BSU earned respect? Yes. The Broncos have proven they can win against poor to good competition on a regular basis. Does BSU deserve to be No. 3 in the nation? Absolutely not. It’s sad but true: TCU must continue to win every game it plays just to be in position to receive the respect and ranking it already deserves, but the Horned Frogs won’t get that respect and ranking unless BSU falters.