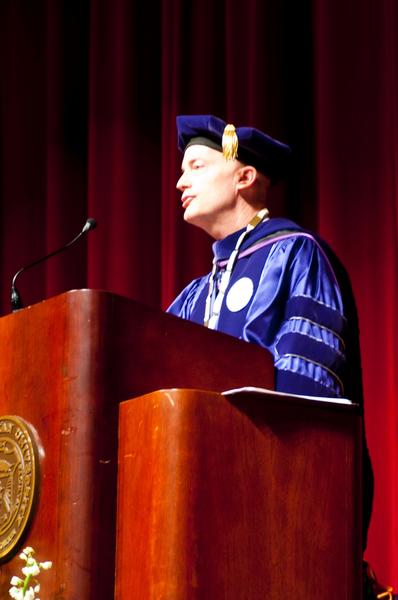 Boschini said his position in the survey wasn’t something he would think about.

“I’m just happy for any support anybody at TCU is willing to give me financially, emotionally or spiritually,” he said.

The survey was based on a review of federal tax documents from 448 private college presidents. The Chronicle of Higher Education reported that top earners were mainly made up of presidents who received large payouts when they stepped down.

However Boschini’s total compensation package dropped him to No. 30 among college chief executives, according to tax forms submitted by the universities.

A portion of the total compensation figure for SMU was owed to a cashed out life-insurance policy held by Turner, according to The Chronicle of Higher Education.

J. Luther King Jr., chairman of TCU’s Board of Trustees, said Boschini’s compensation package should look similar to Turner’s in the next reports because inflation aspects, such as Turner’s life-insurance policy, won’t be a factor.

King said he was a proponent of compensation based on achievement.

“I’m big on pay for performance, and when you perform as well as he’s done at such a high level, then he should be compensated at a high level,” he said.

Another reason Boschini ranked lower than top-paying institutions was because of the deferred compensation other executives received.

Deferred compensation allows for a portion of an employee’s income to be paid out at a date after which that income is actually earned, according to investorwords.com. Some examples include pensions, retirement plans, and stock options.

Senior strategic communications major Aly Pollard said she was surprised by Boschini’s total compensation. Pollard said she thought the chancellor’s salary would be higher because of the high caliber of students, campus appearance, tuition amount and the high economic status in which most students at the university live.

Freshman journalism major Matt Greer said he wasn’t surprised by Boschini’s salary because of the university’s popularity and the chancellor’s position in the school.

“As long as you’re doing a good job, any salary you get is reasonable,” he said.

Freshman psychology major Katherine Rodriguez said she thought the chancellor’s salary was a reflection of how much work he was doing.

“I think his merits should constitute [his salary],” she said.

The top 10 college chief executive earning over $1 million in total compensation in 2008 were: