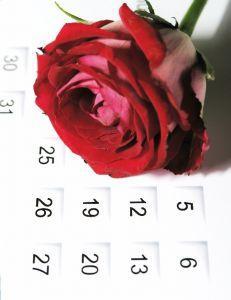 “Hanging out with my girlfriends and going to see a chick flick.”

“I’d cook her favorite food and take it out on a picnic, lay out on my truck and look at the stars.”

“Just be with the person I like and go out to a place neither of us have been, and no gifts.”

“I’d like to go out, but I’d want kind of a scavenger hunt for my gift.”

“Probably go out to dinner downtown, then hit up a dance club in Dallas.”