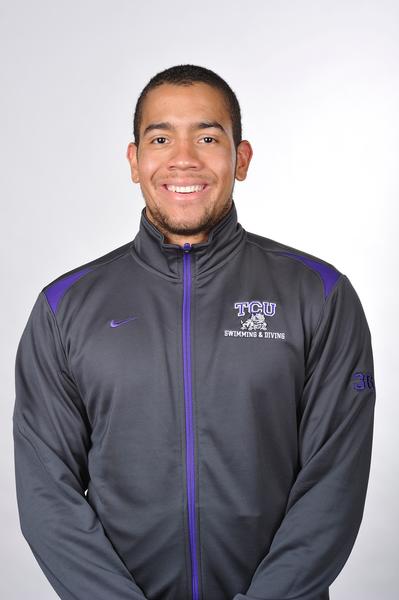 Junior Edgar Crespo said he began swimming lessons in his native Panama at the age of nine because his mother was scared for his safety in the swimming pool at his new school.

His mother probably didn’t realize she had kicked off the beginnings of Crespo’s Olympic swimming career.

Crespo said he didn’t want to swim at first because he was overwhelmed by the size of the pool. As he started to learn different styles of swimming, he said he began to like it.

Now, after already representing Panama in the 2008 Beijing Olympics, Crespo has been selected to compete at the NCAA Men’s Swimming & Diving Championship for the second straight year. He will be competing in the 100-breaststroke Friday and 200-breast Saturday in Minneapolis.

“My goals right now are to improve my times and give 100 percent in my two events,” Crespo said. “I’m pretty excited about that because during spring break I prepared really hard.”

Swimming wasn’t always on Crespo’s radar, however. He also loved soccer growing up, but he said he eventually chose to focus on swimming because it gave him the opportunity to travel across the world.

“After I went to high school, I loved swimming because it was giving me the opportunity to travel to different countries,” Crespo said.

As an amateur, Crespo said he traveled the world competing at multiple world championships.

“I’m really motivated to represent my country, especially in the Olympics.”

He competed in the 100-breast event as a member of the Panama swim team at the 2008 Beijing Olympics.

“The experience is not easy to talk about because it was out of this world,” Crespo said. “Walking into the stadium for the opening ceremony was unforgettable for me.”

Crespo said the swimming pool at the 2008 Olympics was amazing but that he had to focus on being ready to compete against all the elite athletes.

Crespo arrived at TCU in August of 2008. A friend helped him with all the paperwork and set up an interview with the coaches.

“Edgar is a humble swimmer,” head swimming & diving coach Richard Sybesma said. “He is more about the team than himself. He wants the TCU program to get better, and he wants to win for TCU.”

Sybesma said Crespo ranks very highly with all the TCU athletes who have ranked nationally and internationally.

“He appreciates the opportunity to attend a university like TCU, and he takes great pride in that,” he said.

Crespo being in the national championship means a great deal because it puts TCU on the map, Sybesma said. Crespo is currently ranked 16th in his event.

“He’s been working on his tempo and getting ready to race the best in the country,” Sybesma said.

The national championships are very hard to make, but Crespo’s experience from last year will help him succeed, Sybesma said.

Crespo said TCU was the first school he visited and that it was love at first sight. He said he appreciated the diversity of people and how everyone is from different places on campus.

“I love being here,” Crespo said. “I love to give my 100 percent here at TCU as well as representing Panama.”

Crespo said he only gets to go home a few times a year for holidays like Christmas. He misses his family and the people of Panama.

“Of course I miss my Panama food,” Crespo said, “There is a soup called sancocho. It is chicken with just vegetables, but the taste is awesome.”

When he is home, Crespo said he loves going to the beach. From where he lives, he can go to the beach on the Atlantic or the Pacific Ocean.

“I have been accustomed to here and the cultural shock wasn’t bad at all because I have been traveling to different countries,” Crespo said.

Crespo is a marketing major but he said he finds time to balance work with swimming. He said he tries to keep a schedule by organizing his time.

Crespo said he expects to graduate in 2012 but that he doesn’t know what he is going to do yet. He said he wants to get a job and start his professional career but that he wants to keep swimming until 2016. He also is trying to qualify for the 2012 London Olympics.

“If you don’t give that 100 percent, you will regret it,” Crespo said. “You need to focus on everything that you’re doing by relaxing and enjoy what you’re doing.”