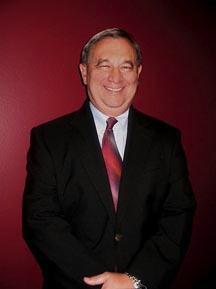 Mike McCracken, dean of the College of Science and Engineering, will step down at the end of this academic year after serving in that position for 27 years. McCracken said he had been thinking about retiring for the past two years and said he feels like doing something interesting with his life, like travelling, while he has no physical or health impediments.

“I am confident to leave,” McCracken said. “The college is in great shape and will continue to function well.”

McCracken said he will take a one-year sabbatical at the end of the spring semester and then retire from the College of Science and Engineering.

McCracken said he will be available to help the college during his sabbatical year. He said he would like to come back to school to teach, but only on a course-by-course basis, instead of teaching as a full-time faculty member.

He said the college has a rich environment of experienced department chairs and faculty members to work with the new dean.

McCracken said he personally doesn’t expect any radical change in the college because it already has a well-developed plan which the new dean may choose to follow. However, he said he would like to see the new dean put their own touch on the college.

Nowell Donovan, provost and vice chancellor for academic affairs, said he has assembled a committee of faculty, staff, students and one external member with ties to the college to conduct a national search for McCracken’s replacement.

Donovan said the final candidates will come to campus to be interviewed in April.

“We are looking into someone with his or her leadership qualities, experience, credentials that will make a good fit for TCU,” Donovan said.

Jeff Coffer, chair of the new dean search committee, said the committee members just started planning on advertising in various publications geared toward university officials, like the Chronicle of Higher Education and Women in Higher Education.

“We are sensitive to diversity, so we are trying to advertise in a couple of different forms attracting both women, men and other groups,” Coffer said.

The committee wants the new dean to have insight and recognize the mission of the college, Coffer said.

Donovan said McCracken is one of few deans who have served for such a long time and is important in the history-making of the university.

“I used to call him the dean of everything,” Donovan said. “He has his footprint everywhere on campus.”