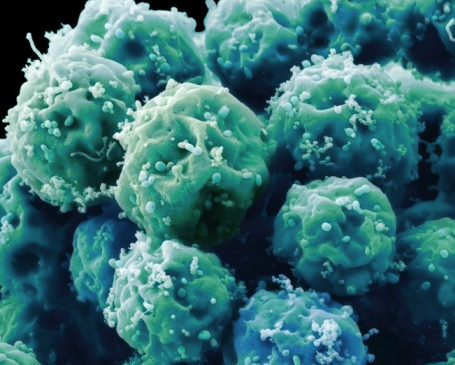 Embryonic stem cell research has the power to treat the world’s most destructive diseases and politics are preventing this vision from becoming a reality.

According to a CNN report, embryonic stem cell therapy involves creating an embryo and then disposing it within a week. Before getting rid of the embryo, researchers extract stem cells, which are essentially blank slates. These cells have the capacity to become any kind of cell in the human body. Through replacement of diseased cells and replication, these stem cells could lead to effective treatments of several diseases, such as Parkinson’s disease and Alzheimer’s disease.

There are other forms of stem cells which can be extracted without having to destroy an embryo, such as from umbilical cord blood. However, researchers do not want to limit themselves in the different kind of stem cells that can be utilized.

Last week, a U.S. district judge issued an injunction which stopped all federal funding for embryonic stem cell research. Judge Royce C. Lamberth ruled that federal funding of any research that involves destroying an embryo is in violation of the Dickey-Wicker Amendment found in federal spending bills. This amendment explicitly prohibits the use of the Department of Health and Human Services from appropriating funds for any research that requires the creation and disposal of human embryos.

The ruling basically overturns a 2009 executive order issued by President Barack Obama which repealed the policy of limiting funding for embryonic stem cell research that was enacted by the Bush administration.

The injunction will be in effect until the case works its way through the court system, which could take many months to be resolved. Meanwhile, researchers will now have to rely solely on private support to continue their efforts.

This ruling seems to place more emphasis on politics than on potentially life-saving medical research.

No one is being harmed in this research and the use of these embryonic stem cells could lead to massive breakthroughs in the treatment of medicine’s most debilitating diseases. Are people who suffer from Parkinson’s and Alzheimer’s supposed to wait for possible cures because an embryo, a microscopic set of cells, is considered to be a human life?

Most pro-life people tend to answer affirmatively to this question but how can something so small be considered a living human life?

Researchers should definitely explore other ways of extracting stem cells but they should not be limited by politics in their experiments. Many of these diseases, which can possibly be treated with stem cells, destroy the minds and bodies of their victims and leave the victims’ families in great suffering.

Chris Varano is a sophomore sports broadcasting major from Dallas.