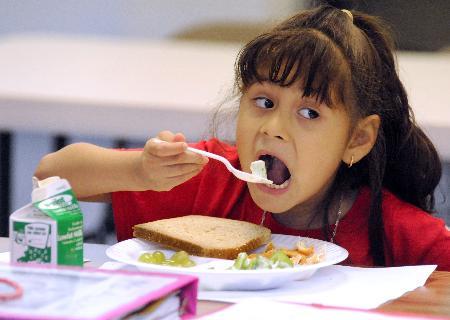 Today’s society is not as physically active as it once was because of the rise of sedentary activities and concerns about children’s safety. One of the issues that has emerged out of this society is whether or not morbidly obese children should be removed from their parents’ custody. Some medical and government officials believe that by removing these children their weight issue can be fixed in a timelier and more effective way. However, the parents are not the only ones responsible for the problem; taking children away would only make the problem worse. The problem can be fixed in a much easier and cheaper manner.

So much of society is driven by fear today. Parents are afraid their kids will be snatched if left alone, and doctors are afraid of getting sued for giving the truth. Parenting used to be about discipline and teaching values. Now parents are afraid to make their kids angry. They seem to just want to be their child’s friend, making them less efficient parents. Teach parents how to be forceful and take away their kid’s Xbox if they have been playing it for hours.

If doctors or government officials are concerned about a child’s health, they should tell the truth straight out, and teach parents how to control their children’s eating habits. Give them healthy, tasty recipes that their kids will like, and encourage the parents to get outside too. If they are afraid of their kids getting kidnapped, go out with them. Too many parents use the TV as a distraction so they can do things. The TV should be a treat, not a norm.

Feeding a child too much is not abuse unless the parents themselves stuff the child’s face with food forcefully. Parents are just concerned their children are not getting enough to eat, so they serve huge portions and feed snacks to their kids. Often a child’s schedule is too hectic to allow a sit-down, healthy meal. Fast food dominates in current society because it’s quick, easy and something most people need when they have overbooked themselves. If the emphasis was taken off getting ahead at all costs, parents might not feel the need to drive their kids into so many activities. There are 8-year-old children who do piano, ballet, soccer, and horseback riding. On the other hand, there are obese children who do nothing but play video games. Neither is healthy.

Time Magazine online recently published an article about this topic, and it pointed out that if being overweight is an issue, then being underweight needs to be an issue too. Indeed, there are stage mothers who drive their children to look perfect no matter what the child actually wants. The street goes both ways.

The government’s foster care system is already overworked. It does not need overweight kids who have loving but misguided parents. Doctors and government officials need to be firm with parents about their children’s eating habits and activity levels. They do not need to be filing lawsuits against them for “abuse.”

Emily Sears is a freshman news-editorial journalism major from Rockwall.