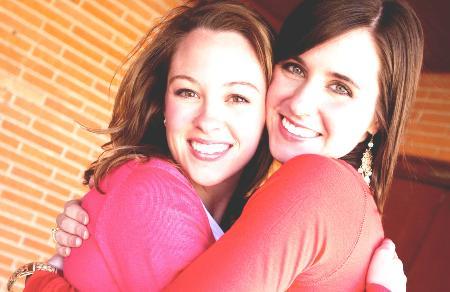 Often the first piece of the university an incoming freshman experiences is Frog Camp, a week-long program designed to meet other freshmen and learn about the university.

But for some, Frog Camp is more than a short vacation into the wide world of Horned Frogs. It’s the place where they met their best friend, forming a bond that will last throughout the college years.

Jason Wallace, a senior advertising/public relations major, met his best friend Desmond Ellington, a senior theatre major, at Frog Camp Challenge B during the summer of 2005. Both eventually became facilitators at Frog Camp, and Wallace became a director for summer 2008.

“When I first met Jason, I was very intimidated by him because he was quiet and wasn’t talking,” Ellington said. “So I kind of met him through other friends he was hanging out with.”

But he said by the second day, they were already friends.

Ellington and Wallace both agree their best memory of Frog Camp was the Saturday night luau, where they discovered their mutual dance skills.

“We just had a dance party and I remember, at that moment, I realized he could dance as well as I could so that’s kind of been the basis of it from there,” Ellington said.

Rebekah Hood, a senior broadcast journalism major, met her best friend Roque McCrae, a senior marketing major, for the first time at a gathering before Frog Camp Casa Nueva A.

But Hood said after their time at Frog Camp, they knew they had found something special in each other.

“I think it made it real that we were going to be together for our college experience,” she said. “At that time, I don’t think we would have necessarily guessed we’d be living together all four years, but we definitely got to know each other better and stuck by each other’s side and did everything but hold hands through the whole week.”

Like Hood and McCrae, Ellington and Wallace are currently roommates.

Ellington and Wallace both pledged Alpha Phi Alpha while Hood and McCrae both rushed Chi Omega.

Wallace said Frog Camp made such an impression on him and his friend that they later became Frog Camp facilitators.

“At first, I didn’t want to go to Frog Camp, but my mom pushed me to go, so if I hadn’t gone, I probably wouldn’t have met my core group of friends,” Ellington said. “I met my seven best friends at Frog Camp Challenge B and we’ve all been really good friends so it’s a great way to meet people that will stick with you your whole life.”

Hood said she also attributes some of her best college friendships to her time at Frog Camp.

“I’m so glad I went to Frog Camp because it just gave me a head start on my group of friends that I would keep for the next four years,” Hood said.

Wallace said Frog Camp was a similar experience for him, but he realized its importance after meeting people who didn’t go to Frog Camp.

“The friendships that I’ve made and things of that nature, it’s just a great way for a freshmen to get integrated into TCU, and I’ve seen firsthand people who didn’t go to Frog Camp and did not feel included or a part of the TCU community,” Wallace said.

Hood said her relationship with McCrae would be best described as sisterly.

“We’re going to be in each other’s weddings – hopefully help raise each other’s kids,” Hood said. “I’m confident of that.”

Ellington said there’s no end in sight for his friendship with Wallace.

“He’s my best friend so I have every intention of knowing him my whole life,” he said.