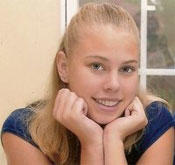 Froggie-Five-O is hiring a new class of drivers to ensure safe escorts across campus.Sara Kinney, a freshman advertising/public relations major, said she is excited to be one of the newest additions to the force.

“I really like being the only girl driver for Froggie-Five-O,” Kinney said. “Everyone is really nice. But my favorite part is definitely driving in the golf cart.”

Froggie-Five-O is a student escort service operated by the TCU Police. The drivers provide safety to female students only by giving rides around campus and, at the same time, act as extra eyes and ears for the TCU Police.

Police officer Pamela Christian is responsible for hiring Froggies and is enthusiastic about having a new female driver on staff.

“I had a female driver who graduated two years ago,” Christian said. “She worked for me for five years and was one of the best employees I have ever had.”

Christian said she makes her hiring decisions based on applications, references and extensive interviews.

“I look for a good person who is extremely responsible,” Christian said.

Head supervisor for Froggie-Five-O, Adam Richardson, said only one out of 30 applicants is accepted.

“Because we get so many applications, we are able to be more selective about who we hire,” Richardson said.

Kinney is one of four new Froggie drivers hired so far this fall.

After accepting the job, drivers go through training. The drivers learn how to recognize potentially dangerous situations and how to properly respond Christian said.

Kinney said she thinks she will make a good Froggie driver.

“I have police officer in my blood,” said Kinney, whose mother is a patrol officer at TCU. “I am pretty sure I can take care of myself.”

Kinney said she is not scared during her late-night shift.

All Froggies are provided with a two-way radio and are able to contact the TCU Police immediately if needed. She also said it is comforting to see the other Froggies around and occasionally, even her mother, who patrols the campus at night.

Female students are urged to call Froggie-Five-O at 817-257-7777 when they are in need of assistance.