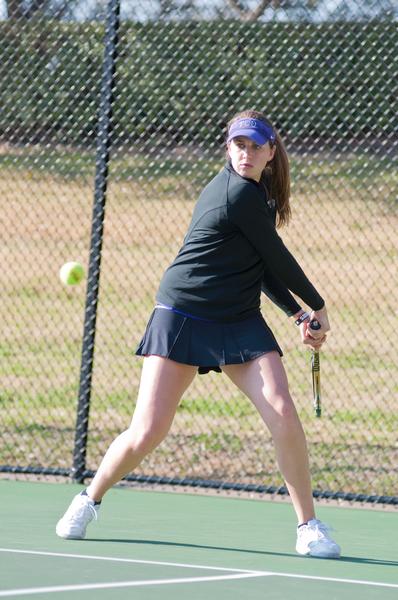 TCU will put its all-time undefeated record versus the Lamar Cardinals to the test Wednesday.

The match, scheduled for 2 p.m. at the Bayard H. Friedman Tennis Center, will be the Frogs’ first duel since they last met in 2000. The teams have met a total of five times since 1979, all TCU victories. This season, the Frogs and the Cardinals met in early fall during tournament play.

The Frogs have been plagued with several injuries this season as well, head coach Dave Borelli said.

“Federica [Denti] has a bad back, Maria [Babanova] hurt her knee yesterday on a default match she was winning, and Gaby Mastromarino’s has back issues from playing singles yesterday,” Borelli said.

Injuries are rarely used as an excuse for losing, Borelli said, but they are significantly hurting his team this season.

When asked for an update on the team’s injuries, Borelli said the team would be short in Wednesday’s match, but did not specify who would be sidelined.

“We’ll have our backs to the wall but we’ll rise to the occasion,” Borelli said.

Senior Katariina Tuohimaa and sophomore Federica Denti met with Lamar’s senior duo Mariaryeni Gutierrez and Kaltrina Harbuzi in the semifinal round of the HEB Baylor Invitational. Tuohimaa and Denti defeated the seniors 8-2. Gutierrez and Harbuzi are currently ranked No. 57 in the nation in doubles play and are 6-0 in No. 1 grouping.

The matchup with the Cardinals, however, could prove to be a tough one for the Frogs. Lamar is undefeated so far this season with a record of 8-0 and their last victory came in a 7-0 win over Stephen F. Austin.

TCU has struggled as of late and is currently on a five-match losing streak . Their last victory was at home against Texas-Pan American on Jan. 22. The Frogs dropped a home match to No. 73 Wake Forest, 6-1, Monday and fell to No. 19 Oklahoma 5-2 Saturday.

The match versus Lamar is the fourth of six straight home matches. TCU is currently 0-3 when playing in Fort Worth.