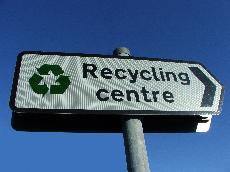 Ever since Al Gore’s documentary “An Inconvenient Truth” came out in 2006, environmentalism has been a political issue.

As well it should. The environment should be on the minds of politicians worldwide. But the wrong people are getting credit for the idea in the first place.

I’ve found that it’s assumed that environmentalist and liberal are synonyms, and that’s just not true.

When I consider those who pioneered the idea of preservation, I think of traditional conservatives. I think of the elderly people who are involved in recycling programs nationwide. I think of my grandparents, who have had a compost pile in their backyard since I can remember. They’re about as far from hippies as it gets.

I spent many a summer in the hills of western Washington with my grandparents enjoying the natural beauty. They could be found picking up the litter left by careless people along the way.

Organizations like ConservAmerica, a non-profit, conservative environmental institution, are informing Americans of right-wing involvement in preserving the nation’s natural beauty.

According to its Web site, conservamerica.org, the organization says, “conservation and environmental protection suffer from partisan bickering,” and “there is nothing partisan – and certainly nothing liberal – about practicing good stewardship of America’s air, water, energy, and other natural resources.”

At least someone has it right (pardon the pun).

I too find myself nauseated by the idea that the task of preserving this earth is on the shoulders of one party or another.

The political culture in this country is petty and hypocritical; it doesn’t have to be stupid too.

Environmentalism not only extends past party lines, but it’s also something that must be a national effort. That means the people will have to be involved.

As liberal politicians try to stake their claim on the issue, they should keep in mind that power in this country comes from citizen support. In order for people to support their environmental efforts, they have to eliminate party favoritism.

Other organizations, like the Heartland Institute, are getting it right by refusing to state any party affiliations. And they’re encouraging people to focus on the issues at hand, not whether they apply to a liberal or conservative agenda.

According to its Web site, heartland.org, “what distinguishes common-sense environmentalism from more extreme environmental activism is a commitment to fight real environmental problems rather than imagined ones.”

The Heartland Institute has sponsored such gatherings as the International Conference on Climate Change, which took place in New York last spring. The conference focused mostly on global warming and presented all of the theories surrounding the issue. That’s a clear improvement over Gore’s strategy.

Although the Heartland Institute’s common-sense environmentalism might be a stab at the partisan argument that the topic has become, it has the strategy and action to back up its words. It doesn’t utilize propaganda to shock people into action. It doesn’t act as if it’s entitled to be the environment’s hero, because it knows it can’t do it alone.

It will take groups and individuals from all political ideologies to save our planet. I hope that’s not an inconvenient truth for this country.